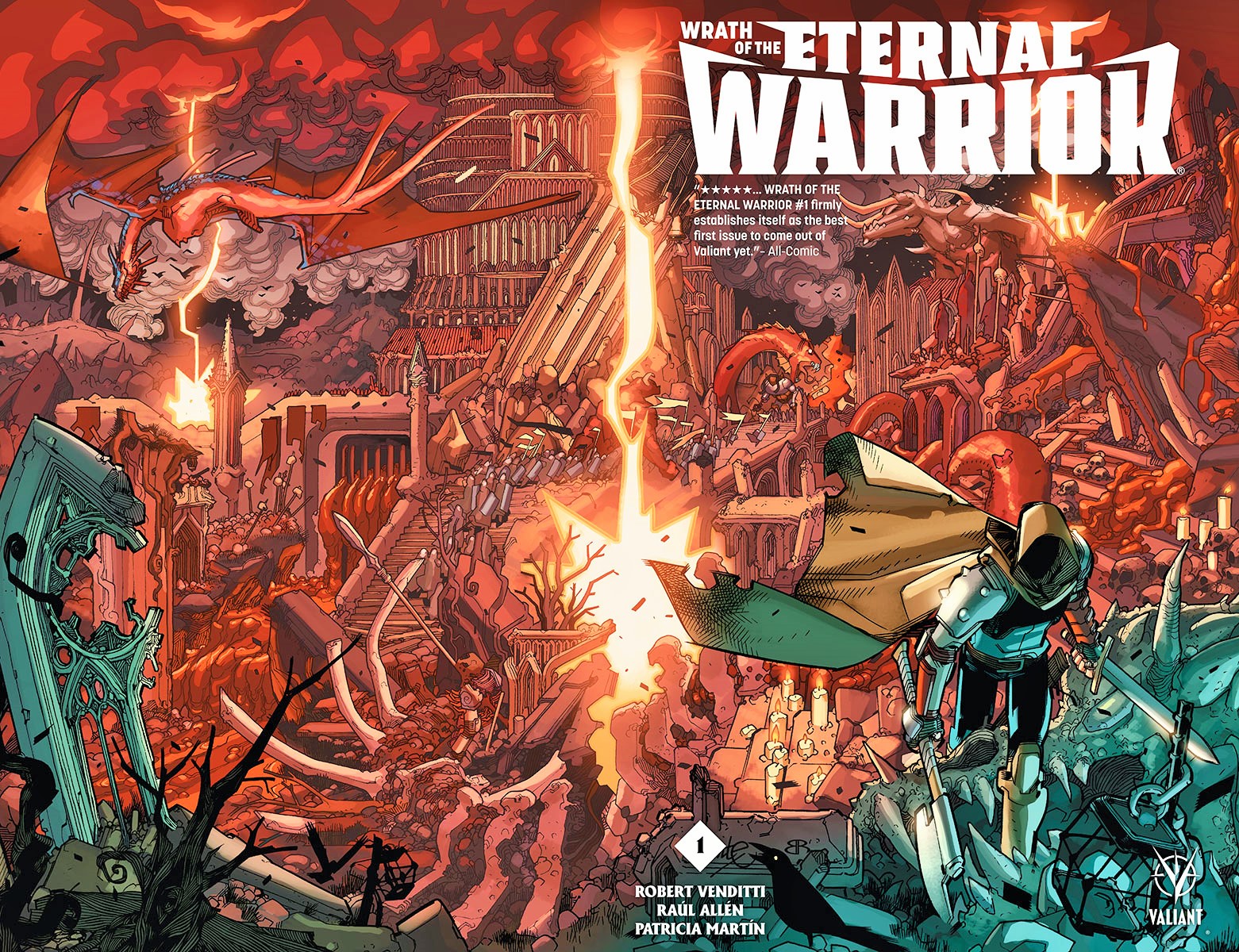 Gilad Anni-Padda, the Eternal Warrior, is an important character in the Valiant universe. While he’s been a welcomed addition to every book he’s been a guest in, attempts at giving him his own stories have been utterly mundane. The first arc of Eternal Warrior remains one of the most disconnected stories from the rest of the universe. 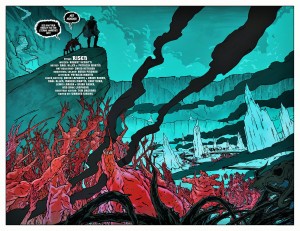 The second, while promising, provided a glimpse into the world of the 41st century soon overshadowed by Rai. Days of Steel was a miniseries that led to an ultimately cliche resolution and needlessly muddied pieces of established lore.

The possibility that the installment at hand could finally be the solid title fans have been waiting for is a real one. It’s tough to tell with just one issue, but seeds are planted here that could blossom into a great addition to the Valiant universe. 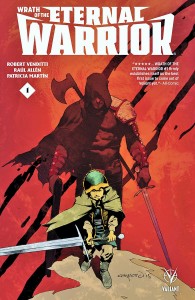 Picking up after his death in the Book of Death event, this first issue begins to flesh out just what physical death means for the immortal. Gilad finds himself in a peaceful home surrounded in part by people who seem to have great affection for him (with one possible exception in Kalam, whose relationship with Gilad seems at the very least strained) and comforting sights, sounds, and smells.

Raul Allen’s composition drives this sense of home. There are multiple pages made up of several small panels depicting Gilad’s sensory experiences, all pleasant. While these sections do read quickly, a more experienced reader will appreciate the unwritten in each. This is a quality portion of the material.

Despite the idyllic existence in which he finds himself, Gilad doesn’t have to journey far to find a hellish landscape populated by demons bent on drinking his blood. Even though the exact nature of either place and their relationship is unclear, one thing is certain – Gilad has no problem providing the trouble these creatures seek.

In both of these areas, he is welcomed back by their respective inhabitants, and both seem to desire he stay… at least in their own way. This seems to indicate that these realms are not just for him, though they seemingly differ from the sort of afterlife that has been established for the universe in other books, and whether or not this book becomes the great title fans have been hoping for could depend on where this leads. 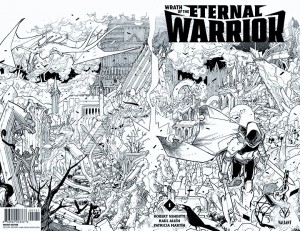 If the story attempts to define more about the overall universe than the title character, it will most likely come off as little more than adequate, but if it focuses too much on Gilad, it risks being as disconnected as previous stories. This will be a point worth watching because precision here is needed to maintain cohesion within the narrative.

That being said, I’m confident that Robert Venditti possesses the storytelling skill to make this a staple book, and if Raul Allen continues to illustrate, the series is all for the better. However, I must remain only cautiously optimistic until the story progresses further.

Head over to Only the Valiant and checkout VCR #41 to hear my discussion of this week’s books with the other Valiant Comics Review guys. My other Pop Culture Spin content can be accessed here.