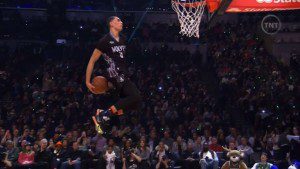 The Kings give another winnable game away. Now putting their overall record to 6-11 on the season and 3-6 at home.

After falling behind with 9:28 left in the second quarter, the Kings were never able to close out the Timberwolves. Andrew Wiggins lead all scorers with 22 to go along with Zach LaVine’s 19. Shabazz Muhammad and Andre Miller came off the bench to combine for 27.

This is the sixth game this season that the Kings have had to play without DeMarcus Cousins. Tonight, it was the big man’s defensive presence that was so greatly missed. Late in the game, the Timberwolves were able to score at will. Pushing off a late third quarter Kings comeback and eventually stretching the lead to as much as 13. Never once looking intimidated at the inept Sacramento defensive effort.

Defensively, this team is struggling to buy into George Karl’s system. “We’re talking about all of these other things but really, it is our defensive breakdown,” Darren Collison said after the game. “You look at all these games that we are losing and we are a little bit indecisive out there, whatever the case may be, it is our defensive breakdown. I think that is the reason [for our record].”

After giving up a 22 point lead in Charlotte, being played out of the building by the Suns and the Grizzlies, and giving up 114 to the Lakers early in the season it should be apparent that the Kings need to commitment to anything at this point. Only twice this season have the Kings held a team to under 100 points.

Sacramento ranks last in points allowed a game (1742), opponent field goal percentage (.469), and in the bottom 15% in defensive efficiency (105.3). Tonight there was no offensive explosion for the Wolves at any quarter in the game, just a steady offensive output throughout the game. The Wolves were allowed a 48% field goal percentage in tonight’s win and were 18 of 19 from the floor.

Offensively, the Kings have found a rhythm from game to game and are producing one the fastest pace in the league. When that translates into wins? Who knows. One thing has been apparent, pace has proved beneficial for Rajon Rondo. The NBA assist leader finished with 16 points, 16 assists, and 0 turnovers. Something no Kings player has done since the 1977-1978 season.

As for Rudy Gay, whether be the speed of the game or having a newborn he has struggled offensively recently. Tonight, he shot one of 13 for just two points.

The Kings look to take down the best team in the association tomorrow, playing the Golden State Warriors. The Warriors, undefeated, look to improve on an NBA best 17-0 record. With DeMarcus Cousins questionable for tomorrow’s game, the game may be first to 235 wins.