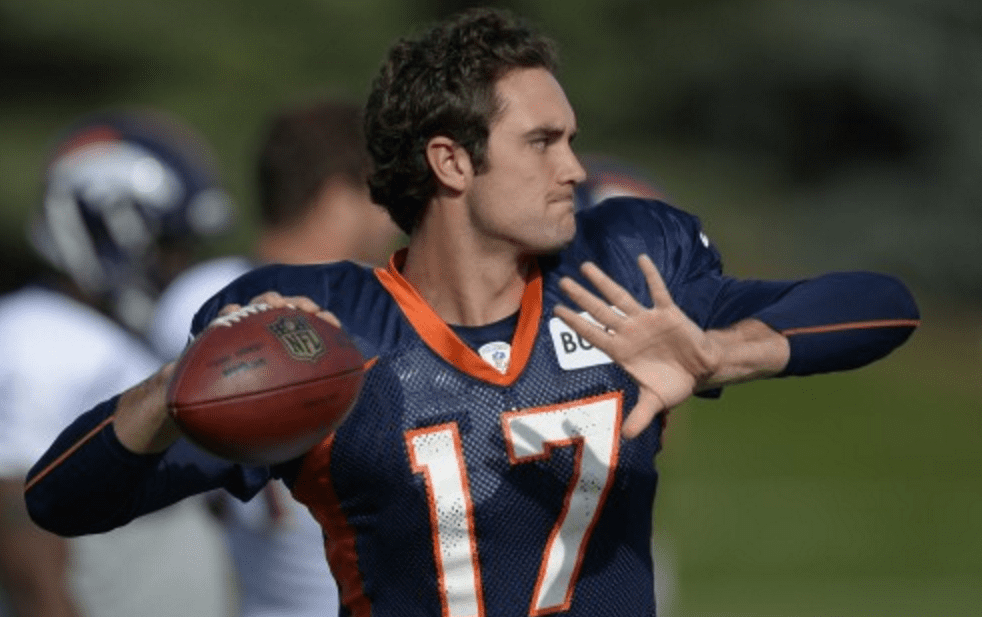 How was your Thanksgiving?

Mine? Well I ate a ton of turkey and enjoyed my tryptophan induced nap. I took that nap far earlier than I thought I would have, simply because of how bad the Philadelphia Eagles were. Anyway, I awoke to family arriving as well as some of my younger cousins.

They of course wanted to play football in the family room because football was on TV and that room has plenty of open space. I of course agreed and the games began. Sacks, picks, and tackles as this inside game of half rugby and half football was pretty intense and had it all. I was beating down on my eleven year old cousins how I had imagined Philly would have to the Detroit Lions on Thanksgiving.

During the course of the game one of my younger cousin’s dad joined in and was playing a safety type position while laying on the couch. During this intense melee of bodies, ages 8-63, the football ends up in the air, flying in the direction of our couch safety and his son who is behind the couch. With both parlor superstars very much engaged in the play during this free-for-all, neither saw each other. My younger cousin got whacked, inadvertently and of course accidentally, in the eye by his dad and went wailing into the couch pillows.

Now this younger cousin of mine is a tough kid and is a big time hockey player in Massachusetts (which is a big deal) so he can take a bump, but this one hurt. He was upset and his dad was more upset for causing the injury. Things soon calmed down and I was sitting with him on the couch while he held an ice pack to his cheek/eye area while we watched the end of the Carolina game. During a commercial break he finally spoke up for the first time in close to an hour. He said to me with half of a tear in his eye:

“This is why I play hockey…”

Myself as well as every other adult in the room burst into laughter but during the explosion of laughter I couldn’t help but think how right he was.

We bet this dumb game of football and none of these teams, except for a handful ever stay consistent. Why do we do it? It can’t be the love of the game, we aren’t playing. It must getting action during games you wouldn’t normally watch. Right? I was asking myself this question all last week without coming to even a halfway decent answer.

Why do we bet NFL football? If every week we get cracked in the eye and sent careening into the couch crying by the one we are sure is a winner, like me with the Eagles last week. I don’t have a definite answer, I just know people like yourself and I love it.

As my younger cousin was leaving that night with his black eye and new found hatred for football I whispered in his ear, something I felt was true on Thanksgiving night because of how bad the Eagles crushed all but one of my bets:

“I wish I bet hockey instead of football.”

I of course don’t mean this now, I hate hockey for the most part but at the time I felt that way. Any team can do it to any better on any given week. It was the Eagles for me over Thanksgiving and I am sure it will be a different team in a few weeks, but one thing remains true. No matter how hard we get punched in the face the week before, we are back placing bets come mid-morning the following Sunday.

Thank you football, for not being hockey.

Another 1-2 week puts me at a winning but unimpressive 19-17. After a blazing hot start to the year I’ve am almost broke even again. I need to climb out of this hole, starting this week. Here I come 3-0!

Straight bet of the week:
Denver Broncos -3 1/2 @ San Diego Chargers
This is the same Broncos team that under new quarterback Brock Osweiler they are 2-0? The same team that last Sunday night was part of a wondrous comeback against an undefeated New England Patriots team? It is? So why the hell is this only a three and half point spread?

The San Diego Chargers are a two win team, no matter how you slice it, they suck. The bookies are letting the fact that this is a divisional game cloud their judgement. With the way Denver’s defense is playing you won’t see another team hang up 30 on them this season like the Patriots did. Also, the spark Osweiler has brought back into the Denver offense has been visible. With the weapons Denver has in the passing game all Osweiler has to do is get the ball into their hands, his arm is strong enough for that task.

Also San Diego has one of the bottom four defense’s in the NFL so I like the young quarterback’s chances against a soft D. Considering what he did to the Pats last Sunday.

O/U of the week:
Pittsburgh Steelers vs Indianapolis Colts
Over 48
Pittsburgh proved last week they can score a ton of points against any defense, in any building. Although they lost in Seattle last week it was not due to lack of offense. Pittsburgh biggest issue is their defense, they cannot stop a nosebleed with a warehouse full of cotton. Which is a perfect team to bet an over with. A team that can’t stop an opponent, but will score as they please. Teams like Pitt make overs like this enjoyable. This should be over by halftime.

Patriots +1
Even with all the missing pieces on offense, I cannot dream up a scenario where the Patriots lose this game. Philadelphia just sucks and I want them to get crushed for ruining mine and your Thanksgiving bets. If you want to read an in-depth preview of this game click here.

Rams +13 1/2
My philosophy on this one is pretty simple. I do not think the Cardinals are good, just lucky. I also do not believe the Rams are any good either, but they did hand Arizona one of their two losses this season and that was in Arizona. The Rams are a better team at home and they already have the recipe to beat the Cards. Plus Arizona has a shaky backfield with the injuries to Chris Johnson and Andre Ellington. Just too many injuries for ‘Zona to overcome in this one. Plus your getting damn near 14. You can’t go wrong here.

Raiders +12
The Raiders have been quite the surprise this season and find themselves in a position this late in the season where they are still relevant. During their run they have proved that Raider country is a hard place to play in for East Coast teams. With the Chiefs coming off their third straight win it seems almost time for the let down of an Andy Reid led team in December. Their’s will start in Oakland, and we shall prosper from it.