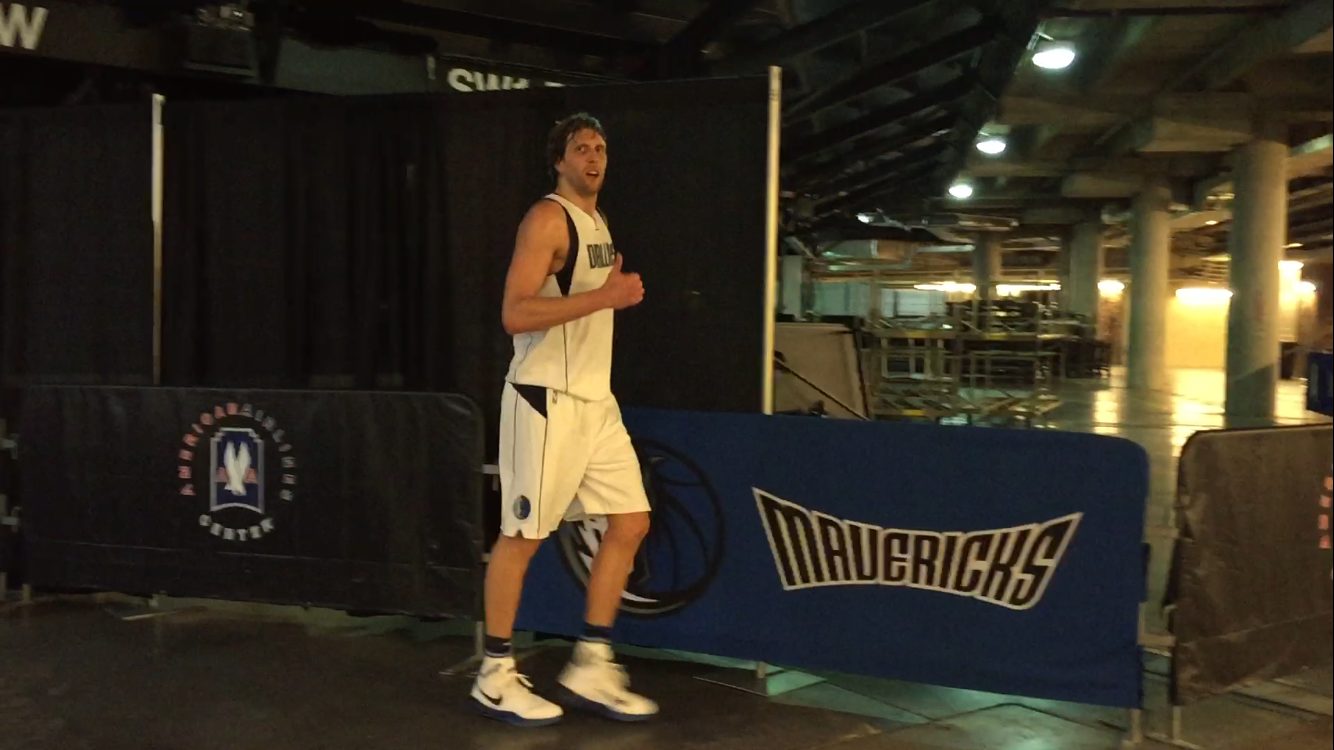 The corridor on the bottom level of the American Airlines Center was vacuous as echoes of the sold-out crowd’s screams riddled off the cement ground, ricocheting off the cold walls. With 20 seconds left in the fourth quarter, two security guards grabbed the sunshine colored rope in order to line off the pathway that the Dallas Mavericks would soon take to their locker room, their expressions either vapid from a drawn-out loss, or interchangeable from an exasperating win. Regardless of the outcome, it was clear that these visiting Sacramento Kings weren’t going to go down without a fight that Tuesday evening.

These aren’t your average Kings. You know, the ones who have been kicked around the league for over a decade. The ones who have been the butt of one too many jokes. The ones whose future had been walking a flimsy wire for a better part of six years. The ones who, for the life of them, refused to die. Twelve years of ridicule was suddenly finding itself being played out on the hardwood against a team the Kings hadn’t considered a brutal enemy since the early 2000’s. The only familiar face from that era was kneeling slightly above the key with sweat cascading down his 37-year-old face as he squinted slightly at Kings’ sharpshooter Marco Belinelli, a fatal assassin who had just managed to tie the game up with 13.5 seconds left in the quarter. Dirk Nowitzki then turned his attention to his end of the court, his mindset focused on now winning this game over Belinelli and the brutal maelstrom that was duo DeMarcus Cousins and Rudy Gay. He and Deron Williams drove through traffic and scored in order to put the Mavericks back on top with 2.1 seconds remaining.

All it takes is a fraction of a second to spin a game – something that Cousins needed after a Sacramento timeout in order to put up a driving score with a sense of impenetrable vigor, vigor that seemed to fester and boil after years of taking harsh ridicule from everyone outside Sacramento city lines. Tie game. We were headed into overtime.

The golden ropes dropped to the ground as the two guards retreated back to their seats in the desolate corridor – the game was far from over.

So many perplexing factoids swirled around this matchup, muddying up the waters with whispers of revenge. This was supposed to be Rajon Rondo’s first game back on Dallas ground since he completely tossed up his hands up in a pouting huff during the 2014-15 playoffs last spring. Much to the dismay of Texans with a loud booing complex, Rondo was listed as out with back spasms minutes before tip-off, despite NOT being on the injury report that morning. To the naked eye (or anyone considered a Dallas fan) the Kings were reposed with a sense of uneasiness when it came to one of their hottest players getting his feathers ruffled by the very media outlet who damned him months before, so they just chose to shield him from it completely. At least that’s what the sitting of the point guard spelled out, not to mention the fact that Sacramento chose not to have a game-day shoot around which allowed the press access to the team and specifically Rondo. Could this be because the team was tired after their win over the Oklahoma City Thunder the night before? Possibly. Or was it because Rondo had his balls surgically removed and didn’t want anyone to find out?

Whatever it was, none if it mattered when overtime struck Big D.

What was suppose to be a game that either celebrated or damned Rajon Rondo suddenly turned into an all out bloody war consisting of two overtimes, a deafening crowd, Boogie ass retorts (he knocked out Chandler Parsons‘ hip with his rear), and a very suspicious quivering forearm. Oh, and also it consisted of this:

The Kings dominated a majority of the second leg of OT and the Mavericks were down 116-114 with 2.3 seconds left. Williams jogged up to the corner and nabbed a Devin Harris inbounds pass before pump-faking the deadly Gay, who just ended up whooshing past him. William turned his eyes to the basket and nailed the three-pointer as the sound of the buzzer was drowned out by the roar of the crowd, a crowd who would be at the heels of Williams – at least for now.

“We threw the ball to D-Will and he hit the shot,” an exasperated Rick Carlisle said during the post game presser. “He had a good screen from Dirk. The pass was excellent. When you’re down seven with 1:20 to go, you have to pitch a perfect game.” 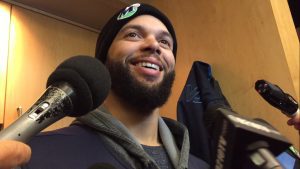 After Williams nailed the trey, he was attacked by his teammates and team owner Mark Cuban, who formed a dog-pile on the laughing Deron as he took in the energy from his peers and the screaming fans.

“That was definitely my first Mavericks mob scene,” Williams said in an almost joking manner. “I was at the very bottom of the pile then all of a sudden it went dark and I couldn’t breathe.”

There was considerably less celebrating on the visitors’ side of the center where a heartbreaking lull hung over the heads of the Kings.

“I think it was an incredible game,” Cousins offered. “Both teams left it on the floor. We don’t want to make any excuses. Of course we are shorthanded, but we had plenty of opportunities to win the game tonight. Big shots from them, big shots from us. It was just whoever made the biggest shot. It was a good game, it was a fun game.”

Consolation wise, Boogie did end up passing Chris Webber’s franchise rebounding record during the game itself.

“I’ve got a long way to go,” Cousins said on the subject, his modesty peeking through. “I’m a big fan of C-Webb and it’s an incredible honor.”

It was a tough game. It was a fun game. But it was a game that proved come March, the Sacramento Kings will be waiting for Deron, Dirk, and the rest of the Dallas Mavericks in their own house, patiently waiting to prove that they may have lost this particular battle, but the war is far from over.