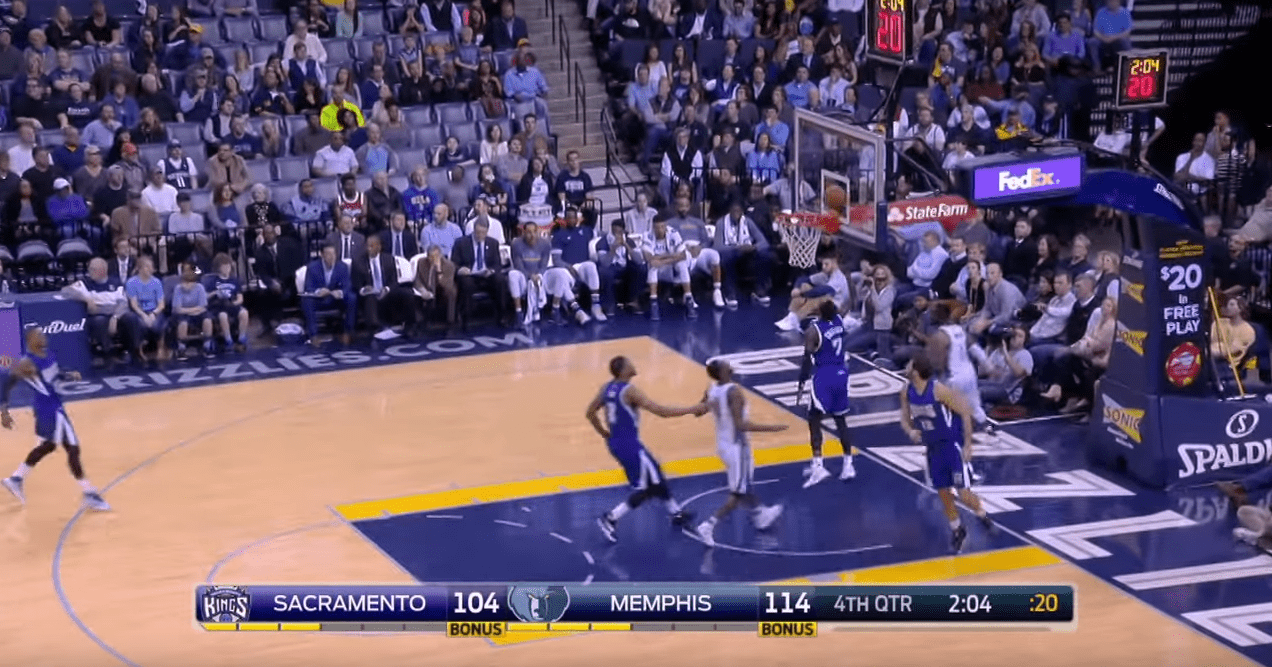 Who cares if Rondo can’t defend the pick-and-roll? He is averaging 11 assists a game!

How dare Bill Simmons bad-mouth the Sacramento Kings! We are a playoff team this season for certain.

What does it matter if we give up the most points in the paint out of any NBA team? DeMarcus Cousins is fourth in the league in scoring and fourth in rebounding!

Oh, the Kings just fell out of the eighth seed and are in the midst of a four-game losing streak?

Don’t worry, the team is just underperforming. They’ll come around.

Now nearly 50 games into the season, this is just who the Kings are. They make the same mistakes, show the same effort, and yet they expect to change their losing culture. Sacramento has become painstakingly entitled, for a team with just 20 wins and no validity as a playoff organization in the Western Conference.

After Saturday night’s loss to the Memphis Grizzlies, Sacramento is now on a four-game losing skid. Falling further behind in the playoff race.

Tonight, the Kings dug themselves into an immediate hole against Memphis. Falling into a deficit of as much as 22 points in the first half, the Kings gave up 65 total points to a below average offensive team.

Shooting nearly 10 percent better from both the floor and behind the arc, the Grizzlies finished with a scorching 53 percent from the field and 44 percent from three.

Sacramento was incredibly inefficient with the possessions they did have. The two stars of the Kings combined for 13 of their 19 turnovers. Rajon Rondo finished with 15 points and the hand of 7 turnovers. While DeMarcus Cousins shot 3-17 from the floor and finished with 6 turnovers himself.

For the Grizzlies, it was all Jeff Green. Sacramento had no answer for the undersized forward as Green went on to finish the night with 29 points and three steals. Marc Gasol had a very quiet 22 and Vince Carter also contributed in his limited minutes from the bench, scoring 13.

The Grizzlies extended their lead to as much as 18 in the third. Scoring 92 points in 36 minutes, Memphis was five points shy of their season average with 12 minutes left to play. Scoring from all areas of the floor, Sacramento played very soft defense against a much more aggressive team.

Sacramento was able to string together a 13-2 run with eight minutes left in the fourth through the elevated play of Darren Collison and Omri Casspi. Collison scored 14 fourth quarter points and Omri had 17 points to go along with seven rebounds. Sacramento scored 40 points and closed the Grizzlies lead to as little as two points with three minutes left remaining.

Then Memphis is going to Memphis and the Kings were going to King.

Then the Grizzlies were able to score 16 in the final three minutes and sealed the game with four late free-throws by Courtney Lee. Finishing the night with a 121-117 win over Sacramento.

Another disappointing loss for the Kings. Trying to bounce back from a long week, the Kings take on the Bucks next on Monday night at Sleep Train Arena.

As for the Grizzlies, they will travel to New Orleans to take on the Pelicans on Monday night.