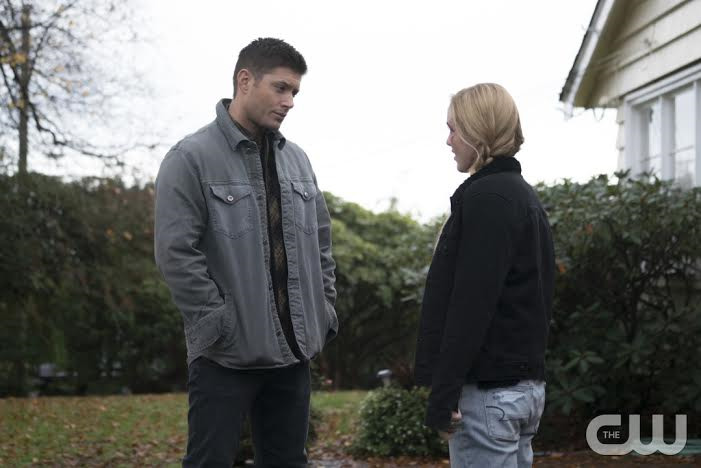 I knew it was going to happen this season eventually because it’s just been so good for so many episodes in a row, but this week Supernatural finally let me down. That’s not to say that it was a bad episode, it just wasn’t up to par with what we’ve been given in season 11 up until this point.

Normally I am an advocate of these filler type episodes where Supernatural goes back to its monster of the week style and takes a break from the main story. However, this week’s episode seemed to take the great momentum the show has been building up and brought it to a screeching halt. We got an entire episode without any hints as to what Amara or Casifer are up to and it was a bit of a let down. They’ve had so many mind blowing episodes in a row centered around those characters that not having them at all in this one really seemed out of place. It was also a relatively slow episode and the action didn’t pick up until the last ten minutes or so. Plus, the main villains were vampires again, and vampires are lame.

I’m giving it a lot of negative comments, but this showing in particular of Supernatural wasn’t all bad. Sheriff Jody Mills makes her season 11 debut, and she is always fantastic. Her character works well with Sam and Dean and the writing for her scenes is always great. The funniest scene from this week’s episode was the dinner scene where Sam and Dean deal with the awkwardness of Jody explaining safe sex practices to Claire and Alex. It was a very out of place scene for Supernatural but it had me laughing out loud the whole time, so I’d call it successful.

Another great thing about this episode of Supernatural was that I related to the characters on multiple levels. Dean is basically my spirit animal when it comes to his love of food, and they really showcased that throughout the whole episode. It starts out with him bringing home “The Elvis” which is basically a cheeseburger with donuts for the buns. Sam wants nothing to do with it, because per usual, he’s zero fun. I would do unspeakable things to get my hands on that burger. Another one of my favorite moments comes when Dean gives a fist pump and a “Yes!” when Sam tells him he gets his own tub of sauce for their ribs from Jody. It’s a small moment, but it really showcases Dean’s character and I love when the writers can accomplish that.

Another character I related to was Claire, as she is the weird, loner teenager without any friends. If only I had turned to hunting monsters in the night, rather than racking up over 500 hours of playtime on Halo 3 when I was in high school (you’re welcome for that sad glimpse into my formative years).

Supernatural was bound to have a slower episode like this one at some point, I just wish the timing had been a little different. I probably wouldn’t have been as hard on this episode had it come at a different point in the season, but the style and pacing was just so drastically different from what we’ve been getting that it really turned me off of what they were trying to do. It definitely had its moments, but overall I’d have to say that  Supernatural surely could’ve done better with Sheriff Mills and the gang’s return to the show.