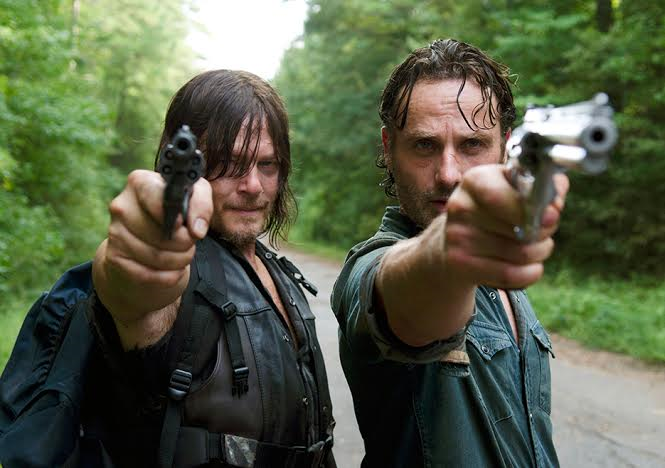 The Walking Dead proved this week that it is difficult to follow up an episode as great as last week’s was, and that not every episode can be television perfection. It was actually a little unfair for this episode that it had to follow up the previous showing because I probably would’ve had a better opinion of it. That’s not to say this was a bad episode, as there were in fact super strong parts. Unfortunately there were just some slower story-lines that didn’t do it for me. Before I get into that, however, let’s take a look at the kill count so far:

This wasn’t a very walker heavy episode of The Walking Dead and only three or four total were killed. I guess we can’t expect every episode to be the bloodbath that was the mid-season premiere. This hierarchy of bad asses is still set in a fairly predictable order with Rick, Glenn, Daryl, and Michonne leading the pack. I expect this list to stay pretty consistent moving forward.

First off I’d like to bring attention to the few things in this episode that really didn’t work for me. All of the Spencer and Michonne parts were boring and seemed out of place for the pace of the season so far. It didn’t help that I really don’t care about Spencer at all, so I couldn’t feel any real emotions for him as he had to put his mother out of her zombie-diseased misery. Yes it was sad, but who really cared how he was feeling? Michonne being there with him just seemed kind of random because they haven’t had many interactions in the past. I was actually concerned they were going to try to make a Michonne/Spencer relationship type thing happen, but they didn’t and we learn later on that Michonne has her eyes on someone else.

I’m also not a big fan of any of The Walking Dead story-lines involving Enid. Her and Ol’ One Eyed Carl (That nickname needs to stick) have zero chemistry, so putting them together simply because they are roughly the same age seems pretty lazy. Apparently they have some secret hideout where they go to read comics together, but now she doesn’t want to hang out there anymore. Who cares? This seems unimportant and the scenes just seemed like boring filler for the episode.

The writers for The Walking Dead did do some great work this episode, mainly by pairing up Rick and Daryl again. Whenever these two are working closely together, amazing things are bound to happen. I’m going to stick to calling them Rick and Daryl, because unfortunately their names don’t pair up well for a celebrity couple type name. Either we get Raryl or Dick, and neither is very flattering in my opinion. So Rick and Daryl go out on a supply run and manage to find the Holy Grail of supplies which is a whole truck filled with food and other miscellaneous items.

Unfortunately for Rick and Daryl, along with the Holy Grail, they also come across Jesus who turns out to be a real dick. Not only does he hoodwink our two heroes with the oldest trick in the book, he steals their brand spanking new supply truck and drives off with it. Luckily, Rick and Daryl seem to have super-human endurance and running abilities and they catch up with Jesus and their truck sometime later. In one of the most bad ass scenes in The Walking Dead history, Jesus asks Rick and Daryl if they even have any ammo and they respond by shooting a walker in the head simultaneously. It was awesome and goes to show why we need more Rick and Daryl team ups in the future.

This wild goose chase for the supply truck lasted almost the entire episode and it was actually very entertaining the way they did it. I was heartbroken and yelled “NO!” out loud when it eventually rolled into a lake and they lost all of their hard work.

This episode of The Walking Dead culminates in another great scene, one between Rick and Michonne. They both end up on the couch together inquiring about how the other one’s day was like it’s just another normal day and they aren’t dealing with a zombie apocalypse. I loved the normalcy it gave the characters and it was a nice change to see them relaxed for once. This scene also gave us something that fans have been waiting for forever, and that’s Richonne. That’s right, Rick and Michonne hook up and Richonne is now officially a thing. Rick’s love interests don’t usually last too long though so I hope Michonne’s fate hasn’t been sealed by the Rick curse.

Richonne’s post love-making cuddle session is interrupted by Jesus, who apparently overpowered Daryl to escape his confines. He tells Rick that they need to talk, and doesn’t seem to realize at all how rude it is to walk in on two naked people while they’re sleeping. It was great, however, to see Rick and Michonne in their birthday suits pointing their weapons at the intruder. Their actual weapons, that wasn’t a euphemism, people.

My best guess is that Jesus is one of Negan’s people, and we are going to learn a lot more about the new baddie in the next episode. That’s my hope at least because the build up has been perfect and I’m ready to learn about this new threat to Alexandria. Everyone seems to be getting pretty domesticated and it’s about time for things to get shaken up for them again. With Negan making an appearance soon it seems like the Rick and Michonne wedding is going to have to wait a bit, much to the disappointment of many fans I’m sure.