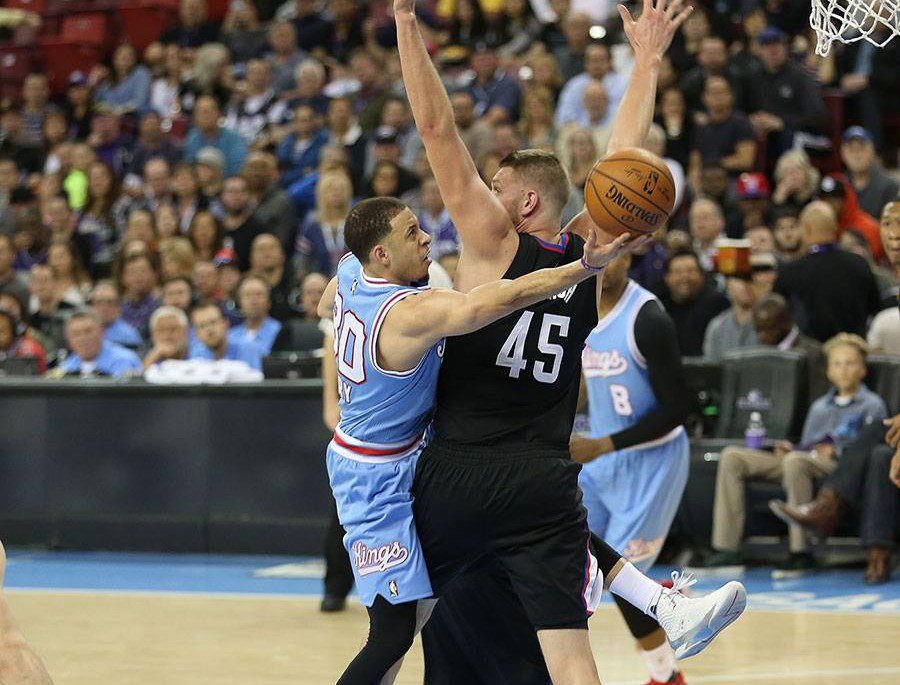 Image courtesy of the Sacramento Kings/Facebook.

It is incredibly hard to imagine how this Sacramento Kings team would have done without DeMarcus Cousins this season. With the big ‘fella healthy, the Kings have a 25-26 win-loss record. Without Boogie, that record heavily favorites the opponents as the Kings post a 1-7 record and allowing 127 points a game. This is the equivalent of an 18 point difference between the two.

While Cousins draws an enormous amount of attention for his on-the-court antics, you can’t ignore him in the box score. Cousins is having his best statistical season of his career, averaging in the top-5 of the league for scoring and for rebounds. Cousins sits with 27 points per game and about 12 rebounds a contest. This year, DMC has scored 30 or more points in 20 of the 47 games he’s played in this season, shooting 52% from the field and 44% from three.

So while Boogie may be at the center of the magnifying glass for arguing with refs, flailing his arms after a big dunk, or getting scrap with players it’s because of his passion for the game and his urgency to win. He is the backbone of this organization and no reporter can tell you differently. He is the lifeblood of this team and has nearly single-handedly carried the organization to 30 wins this year.

Tonight, Boogie Cousins fell just one assist shy of tallying a triple-double. Completely dominating the floor with 26 points, 15 rebounds, and nine assists. Even with that effort, it still just wasn’t enough.

So where do the Kings issues arise, especially in a game like this?

To sum it up in one quick sentence: no defensive minded guards, and a stubborn as hell head coach.

As Sacramento continues to switch defensively, the are taken advantage of in every aspect of the game. Scoring in the paint, mid-range, and from the outside. Regardless of what DeMarcus Cousins bring to the table on a nightly basis, there is no support for the all-star.

Chris Paul scored 40, Jeff Green had 22, and Jamal Crawford came off of the bench to finish with 21 points.

It was “a typical Clippers game,” stated Cousins at his locker after the game. “It’s played out by now.”

Referring to the style of play of the Los Angeles team that has notoriously garnered attention as a very vocal team during play. With the players, referees, and even the fans. But tonight, it wasn’t because of the officials. The loss could be narrowed down to a 20-0 in the third quarter by the Clippers.

Rudy Gay once again provided aid with his accountable scoring, finishing the night with 23 points. Darren Collison started the game in place of Rajon Rondo (Thumb Tendinitis), and he had 18 points.

The only other player with double-digit points: Seth Curry.
Curry came off of the bench and scored a career-high 19 points in just 25 minutes of play.

“Seth played very well and had some nice moments tonight. I think from my standpoint, he has are most active hands and has the most activity on the court defensively,” Karl told media after the game.

In the sullen saga of the shooting guard position for the Sacramento Kings, looking at you Marco, there hasn’t been any consistent help. Karl has handed out minutes unapologetically to James Anderson and Marco Belinelli ignoring the young talent on the team in Ben McLemore and Seth Curry.

Despite shooting career-highs in 3-point percentages and from the field, McLemore only saw the floor for 19 minutes tonight.

This is maddening for the players of the organization as there is no support on the floor for their star center. This team’s success has been well defined as how far Cousins can carry them, but at what point do the flaws and ignorance of the team break? There are just 13 home games left for Sacramento and no change has been anywhere in sight.

The team is running amuck and wasting another season of his prime for their center. While this Clippers game is a microcosm of the season, it perfectly exemplifies the issues within the organization. Thank goodness the Kings fired Vance Walberg, because that totally was the issue.

The Kings play the Oklahoma City Thunder at home on Monday night in hopes to break their two-game skid.

For the Clippers, they host the Nets on Monday night as well.