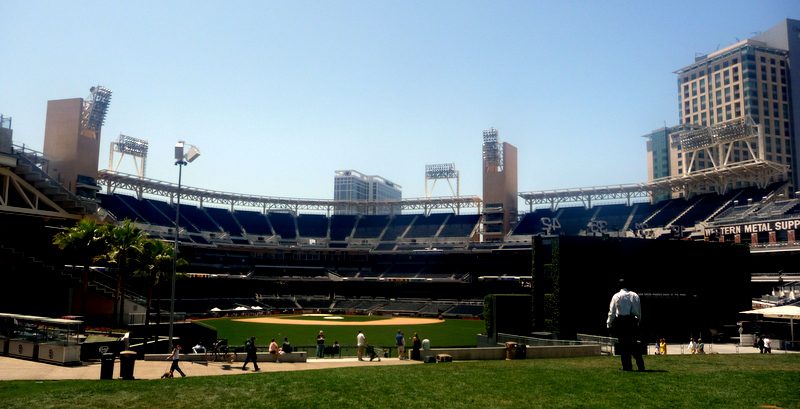 The San Diego Padres currently hold eighth spot in the 2016 MLB Draft with two compensatory picks in the bag. This comes after the departures of 2015 regulars, left fielder Justin Upton and pitcher Ian Kennedy. The two players passed up the one-year contracts offered by the Padres, each valued at over $15 million. Upton and Kennedy chose to be free agents instead.

Despite the loss of these key players, the San Diego Padres news was good. Following this decision, Justin Upton signed a six-year contract with the Detroit Tigers. The Tigers relinquished their third round selection in order to sign Upton. This resulted in the Padres gaining a compensatory draft pick, giving them 25th overall pick. Ian Kennedy, similarly, joined the Kansas City Royals, signing a five-year deal. The Royals had to give up their first round pick for Kennedy, meaning that the Padres received another compensatory pick at 26th overall.

Upton and Kennedy being acquired by other teams mean that the Padres now have three first round choices. It stands to reason that they could have more. The Padres have four more qualifying offer free agents – Ian Desmond, Dexter Fowler, Yovani Gallardo, and Howie Kendrick. Ostensibly, this could result in the Padres compensatory picks ascending higher up in the draft. This would occur if the teams who acquire those players have unprotected first-round selections.

Strategies for the 2016 Draft

This year’s draft is a chance for the Padres and General Manager A.J. Preller to make up for last season’s mistakes. In an attempt to rally from a string of a few losing years, Preller lined the team with marketable talent. This, unfortunately, did little to improve the team’s performance.

Preller now has the opportunity to rectify his mistakes with the considerable amount of money that the team owners are giving him. It is estimated that the Padres have over $16 million to spend during the draft. For the upcoming amateur draft alone, they have been assigned $12.7 million. This is more than double the amount that the team had to spend last year. Impressively, the Padres have over $2 million more to burn than in the last two drafts, totaled.

As owners of six of the first 85 picks, Preller has a chance to put this money to good use. So who are the candidates for 2016? The main targets, currently, seem to be an assortment of high school pitchers, college outfielders, and several prominent Latin American players. The constraints placed upon the spending of other teams will open up the South American region for the Padres.

Buddy Reed as an outfielder is certainly an interesting and optimal pick for the Padres. Further indication of this would be that Reed was Texas’ draft pick in 2013. He may not be considered particularly powerful, but at 6’4″ may still have all the makings of an athletic player. In 2015, his statistics for the Florida Gators were a .305 batting average, 18 stolen bases, and 51 runs in 69 games. He currently is in No. 6 draft prospect. The Atlanta Braves, unfortunately, with the third overall pick seem to be a looming threat with Reed.

With limited options to choose from, time will tell the direction the Padres are heading in 2016.