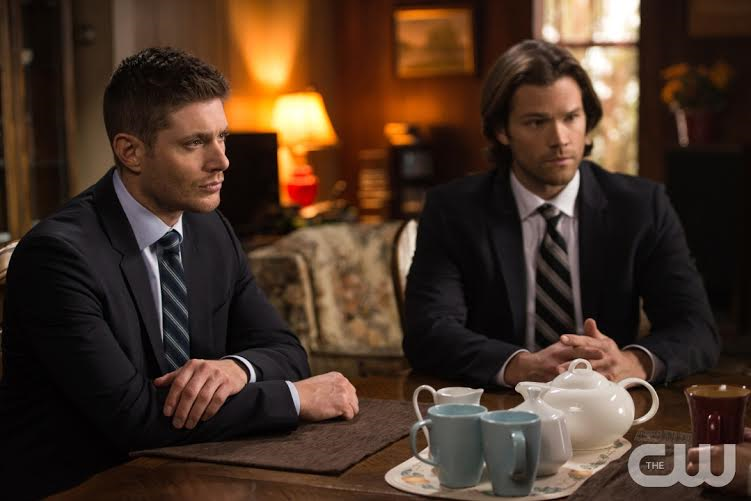 Supernatural was FINALLY back this week after a random month long hiatus. I’m not sure why it was so long between episodes but I can tell you that I’m glad the waiting is over. I do, however, wish the show would’ve returned with a stronger episode. I love whenever Supernatural goes back to its monster-of-the-week style episodes, but this one fell pretty flat.

The episode starts like a typical haunted house story with a little girl hearing footsteps in her bedroom. Can we take a minute to question why people in these situations NEVER just leave the house immediately. History proves that if your child hears or sees anything out of the ordinary you need to get out of your house at that exact moment, especially if you were surprised at the great deal you got on that house. Chances are it’s super haunted and you’ll probably die in some horrific manner.

In this case, the monster inhabiting the house is a “Soul-Eater.” The writers tried to be creative by making this a parallel episode where we see Sam and Dean hunting the same monster that Bobby and Rufus hunted “a handful of years ago.” It was cool at first seeing the two differing sets of hunters go through the steps to figure out what they were dealing with, but it got old pretty quickly. I just don’t believe it was quite as interesting as they were hoping it would be.

Granted, the Soul-Eater was terrifying, but I wish they would’ve used it in a better context than this one. The episode was more about the hunters than what they were actually fighting against. I appreciate the writers for trying to get creative, and they usually knock it out of the park, but this idea just probably looked better on paper.

Speaking of the writers, they’re always good to Dean, and he had another great line in this episode when they are trying to figure out details concerning the space-time continuum. “Let’s get drunk and not think about this again” is the perfect way to deal with any complicated situation. Also a great way to deal with a sub-par episode of your favorite television show, if you ask me.

The only mention of Amara or Casifer was to say that there was no leads on finding either of them. This was clearly a filler episode for the season, but that usually isn’t a bad thing when it comes to Supernatural. Their stand-alone episodes are usually their best, but I guess they can’t all be great.

All that being said, any Supernatural is better than no Supernatural if you ask me. I’m excited to see what the writers will try next, and hope they continue to think outside the box.