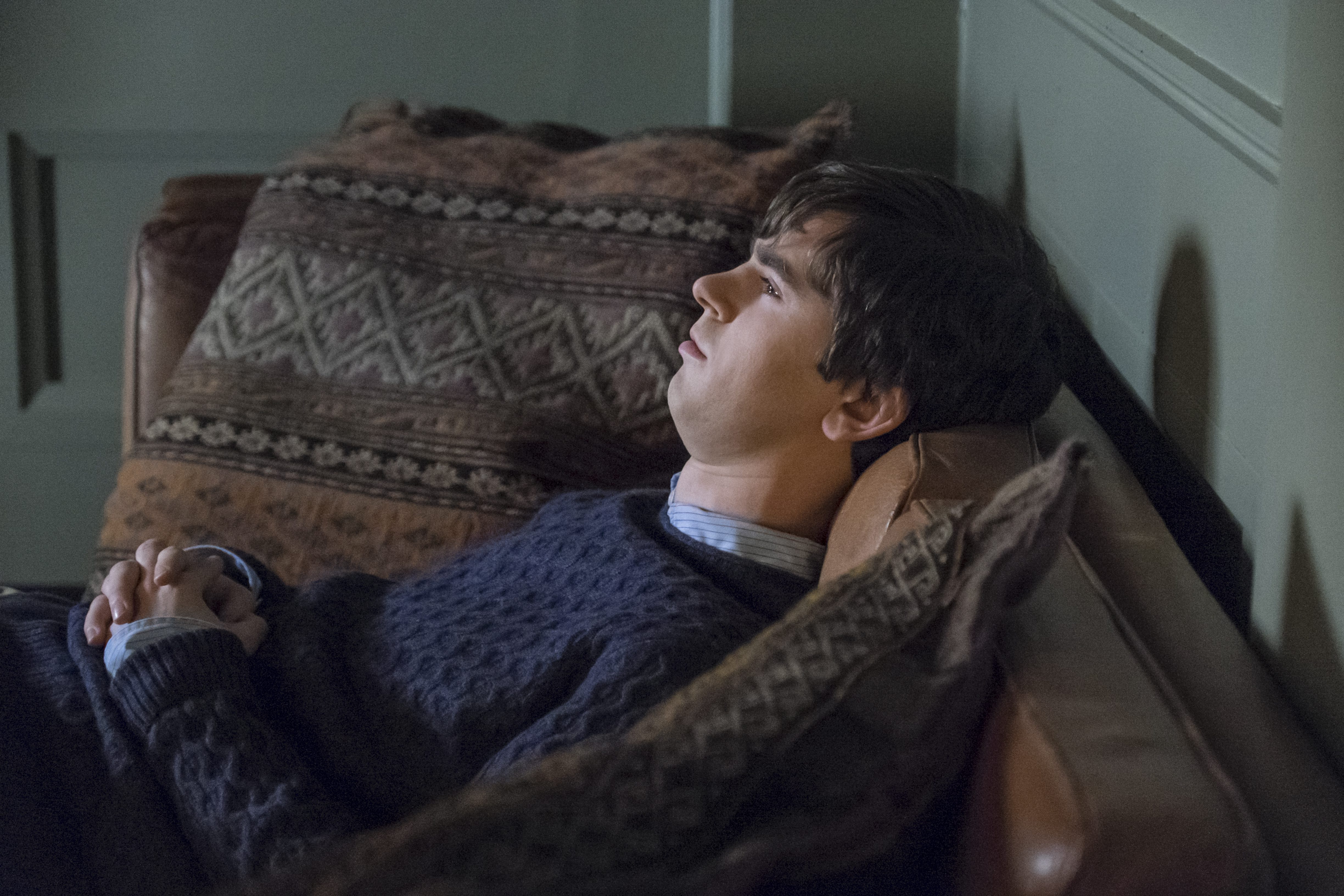 This week’s episode of Bates Motel was one of the show’s strongest episodes ever. Every scene kept up the level of emotional resonance and suspense.

Even the scenes with relative levity had their own kind of tension. When Norma Bates and Dylan Massett caught up, there was actually a lot of smiling between them, like when Norma talked about Alex Romero. But, even in this scene there was a sense of how much their relative happiness could quickly end—whether it’s from something huge like the threats Chick is making at Norma or smaller things like Dylan’s plan to move away. This season has been full of happy moments that are striking because it’s clear this sense of things getting better will be temporary.

Norman Bates’ climactic final session of the episode with Dr. Gregg Edwards showed how perfectly this show balances drama and horror. After a deeply sad and disturbing flashback to Norman’s childhood, a sobbing Norman asks Dr. Edwards not to make him remember these things. Then, there’s a perfect smooth shift and tone as Norman adds, “Or I will have to do something.”

It will be interesting to see how Dr. Edwards’ storyline progresses. I’m not sure if he’s going to prioritize helping Norman or following the murders that, it’s becoming increasingly clear, are somehow tied to Norman and his family.

Bates Motel is so effective because it can be very adrenaline-fueled at times, but it knows when it hold back. When Chick was in Norma’s house to drop off the stained glass window, the show made a great choice in not turning things into a violent confrontation. Norma yelling at Chick that he can’t break her while Alex looked on in confusion made for a more entertaining, character-driven scene.

The episode ended on the heartbreaking scene in which Norma tells Alex about what happened with Caleb Calhoun. Every detail of the way she tells him was gut-wrenching, including the fact that she kept apologizing to him and mentioned feeling obligated to tell him.