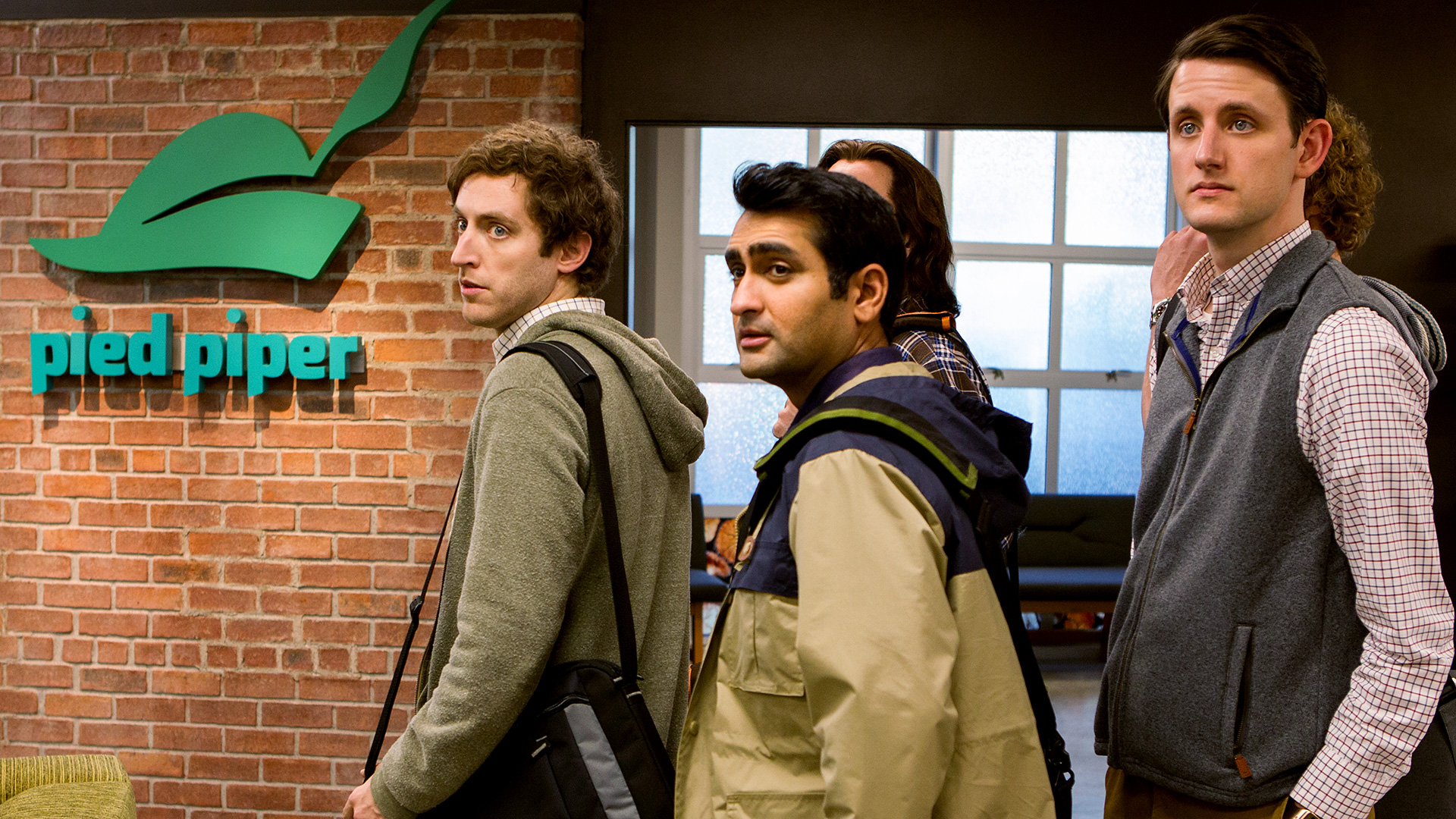 It’s a post-post-RIGBY world on Silicon Valley. After last week’s episode brutally tore Richard Hendricks apart, showing all of the weaknesses in his character, this week’s episode positioned him as a hero more than any previous episode.

One of Richard’s biggest problems has been that he has trouble imagining specifically what he’s trying to accomplish. He has a burning desire for Pied Piper to be different from other corporations, but we’ve never had a clear picture of exactly what that means. Because Richard is only able to recognize what he doesn’t want the company to be, it’s not surprising that he laid out his vision only after seeing the horrific direction Jack Barker wanted to take the company in.

After being presented with the idea of a business-facing corporation that considers the company’s true product to be its stock, Richard suddenly stated very clearly that Pied Piper is about everyone– even people with very little means– having access to information in such a cheap and easy way that their lives would be vastly improved. His dream is no longer his weird thing about how now nerdy guys like him can build empires, it’s about making the world a better place.

The fact that he always firmly said he didn’t want his company to turn into the kind that’s always claiming to make the world a better place is a brilliant piece of writing. Are we seeing Richard’s decline? Is he becoming Gavin Belson? Or is he rising up and defining Pied Piper as the one company that is actually about making the world a better place and not just letting those words be meaningless. I think the fantastic thing about Silicon Valley is that we don’t know.

Meanwhile, Jared Dunn was forced out of his apartment by a squatter. Zach Woods is obviously brilliant, but Jared has been a bit much this season. His timid self-sacrificing nature has been ramped up to 11 and he’s coming off much more cartoonish than the other characters. Many of his jokes, like his mention of how sleep-deprived he is or his dismissal of the issue of his homelessness, felt like much more exaggerated version of jokes they’ve already done with Jared.

Between Jared making plans to move back into his old condo and Erlich Bachman evicting Jian Yang to make room for a new incubee, it felt like this episode was noticeably avoiding the issue of whether the other guys will be moving out. Pied Piper got a new office, but there was no talk of anyone besides Jared getting a new home.

This episode was relatively light on laughs and felt a bit stressful and stiff. Part of the issue is that so much story came from the natural conflicts of a bunch of overworked guys with limited resources in a claustrophobic space. In one scene of “Two in the Box,” Dinesh Chugai and Bertram Gilfoyle fight over who’ll get a bigger computer monitor. It’s the sort of typical petty Dinesh and Gilfoyle fight that could become overblown and turn into a c-plot or at least a meaty scene. In this case, Jack immediately overhears and tells them that if they need another larger computer, they only have to request one. This acknowledgment of the  new status quo presents some obvious problems for this show’s storytelling and comedy.

Silicon Valley has always been much more plot-driven than other sitcoms and it absolutely makes sense that they need to keep progressing and not have the resets and returns to status quo that more traditional sitcoms have. But, at the same time, it was tough watching an episode where so much of the comedy came from things like how cumbersome meetings with sales teams are.

Hooli is already providing this show with a great look at big corporations and it doesn’t feel like the new Pied Piper is providing any new avenues for comedy. Dinesh’s delight at all the amenities was adorable and I loved seeing him happy for once, but it was striking that what felt like it should have been a running gag had no comedic punch whatsoever. There’s just a lot of cool stuff and Dinesh is excited about it.

So far, Jack isn’t doing as much comedically or as an antagonist as he should be. Stephen Tablowski is a comedy MVP who has been brilliant in everything I’ve seen him in, but in his scenes on Silicon Valley, the laughs just aren’t really there. I’m hoping he’ll just take time to grow on me. I can see how Richard being faced with someone who believes Pied Piper’s real product is its stock is striking, but somehow this felt a bit soft compared to previous turns on this show. Admittedly, I never thought about Gavin Belson early on in the series, but when I rewatch season one in retrospect, I love both his writing and Matt Ross’ performance.

A lot of the biggest laughs of the episode came from Jimmy O. Yang as Jian Yang. After Erlich evicts him, he makes the mistake of explaining to him that landlords have very little power and it can take a lot of time to evict a tenant. This scene works because of the performances, but it was also so one-note and had such an obvious comedic turn that I, sadly, felt like I was watching a CBS sitcom. That said, I can’t wait to see the conflict continue in future episodes.

Another interesting potential conflict came in the form of the programmers at Nucleus finally cracking middle-out. I loved Brian Minter’s line clarifying that they really just never tried that hard on Nucleus. It was the kind of subtle but cutting look at corporate life that was missing in the more obvious scenes at Pied Piper. The group realizes what they’ve done and chooses not to take their work to Gavin Belson. It’s possible they’ll take it to Endframe, but I’d love to see them start a company of their own. Brian and Aly Dutta have always just sort of been there, waiting in the wings, as obvious antagonists and I for one would love to see the show go all in on finally making them active in the story.