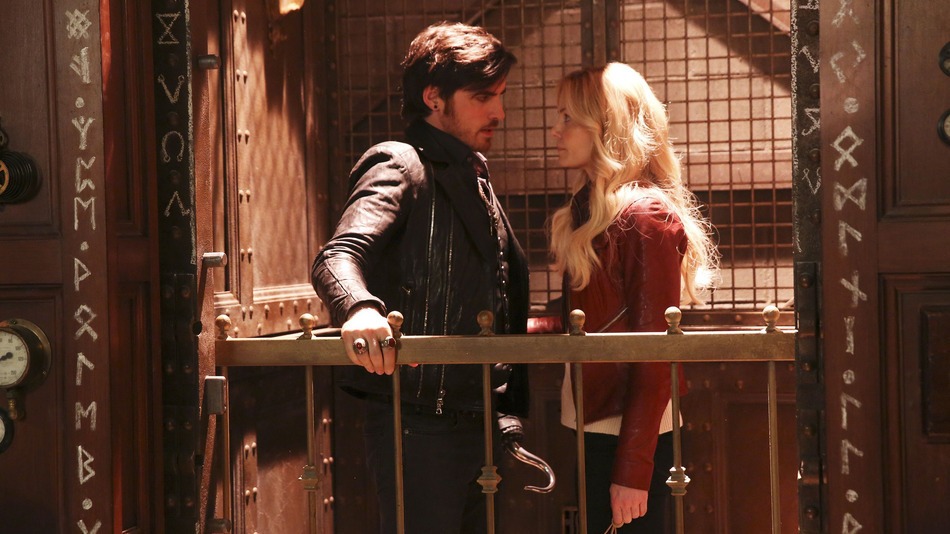 If you thought you heard a weird noise last night at around 9 pm, it was probably the sound of Once Upon a Time fans’ hearts collectively breaking.

Let’s recap, shall we? So, a long time ago in a kingdom far, far away (ie: Camelot), Killian died and Emma brought him back to life as the second Dark One. Not too long after this, but in a different kingdom, this time Storybrook, Killian faced off with all of the previous Dark Ones, and died again. This time Emma couldn’t save him. Off Killian went to the Underworld with Emma and her family in hot pursuit.

The past few weeks on Once Upon a Time have chronicled their attempt to save Killian. Unfortunately, reincarnation isn’t always so easy the second time around (although was it really easy the first time?) The gang gets trapped in the Underworld by Hades, King of the Underworld, who has no sass in Once Upon a Time but some major feelings for Zelena.

This week on Once Upon a Time, however, Hades and the gang band together to save Zelena, who’s been captured by Rumpelstiltskin and Peter Pan. Hades promises the gang that if they help him he’ll rip up Rumple’s baby snatching contract and erase everyone’s name from a tombstone, which has been trapping them up till now.

The plan goes as intended (for everyone except Peter Pan, at least). Now the only thing left to do is split Emma’s heart between her and Killian. Except his body in Once Upon a Time has been rotting too long to have his soul return to it (ahh, Once Upon a Time logic). Hades tells them the only way Killian will be able to leave the Underworld is if they go on a risky mission to eat some Ambrosia flowers.

Meanwhile Regina decides that Robin’s baby should go with the newly trustworthy power couple, Zelena and Hades, to await the opening of the portal. So it’s a big shock to all when Killian finds the Ambrosia tree cut down, and the rest of the gang gets trapped in the library by the blind witch’s spell, right?

Luckily, Emma and Regina’s joint magic has never failed them, and the two of them bust open the doors and everyone just makes it to the portal on time. Everyone except for Killian, that is.

Thus the reason for the heart breaking. After months of Emma trying to save Killian in Once Upon a Time, including a very dangerous mission to the Underworld with her underage child (again, why?), it turns out it was all for naught.

It was awful seeing Emma have to say goodbye to Killian just after having confirmed that they were each other’s true love. The two of them have been through so much together. Not to mention, Emma has lost so many people that she loves. Poor girl. But that’s not the most tragic part. The most tragic part was the fact that all of the time we’ve invested in this half season of Once Upon a Time was completely pointless. They failed their mission.

Actually, they failed two missions. Henry had made his own separate Operation Firebird to help all the souls in the Underworld complete their unfinished business. Leaving so suddenly meant that Henry wasn’t able to finish this, despite his best efforts to set up a fortune telling booth of sorts.

But now that the Once Upon a Time gang is back in the real world they don’t have time to dwell on their failures. They have to focus all of their energy on finally taking down Hades. Now that his heart is beating, and Zelena is on his side, I’m going to assume this isn’t going to be an easy feat.

Hopefully now that Rumple is trying a little, if screwing over his father is any indication, he’ll be prepared to help the gang in what I’m assuming is going to be an epic battle. Hell, I’m sure he’d try anything to finally be Belle’s true love’s kiss again, even if that means fighting on the good side.

But I don’t get the sense that we’ve seen the last of the Underworld, or Killian, Peter Pan, and Cruella, for that matter. Once Upon a Time’s preview for next week says that someone is going to die, and I wouldn’t be surprised if that gets everyone packing again.