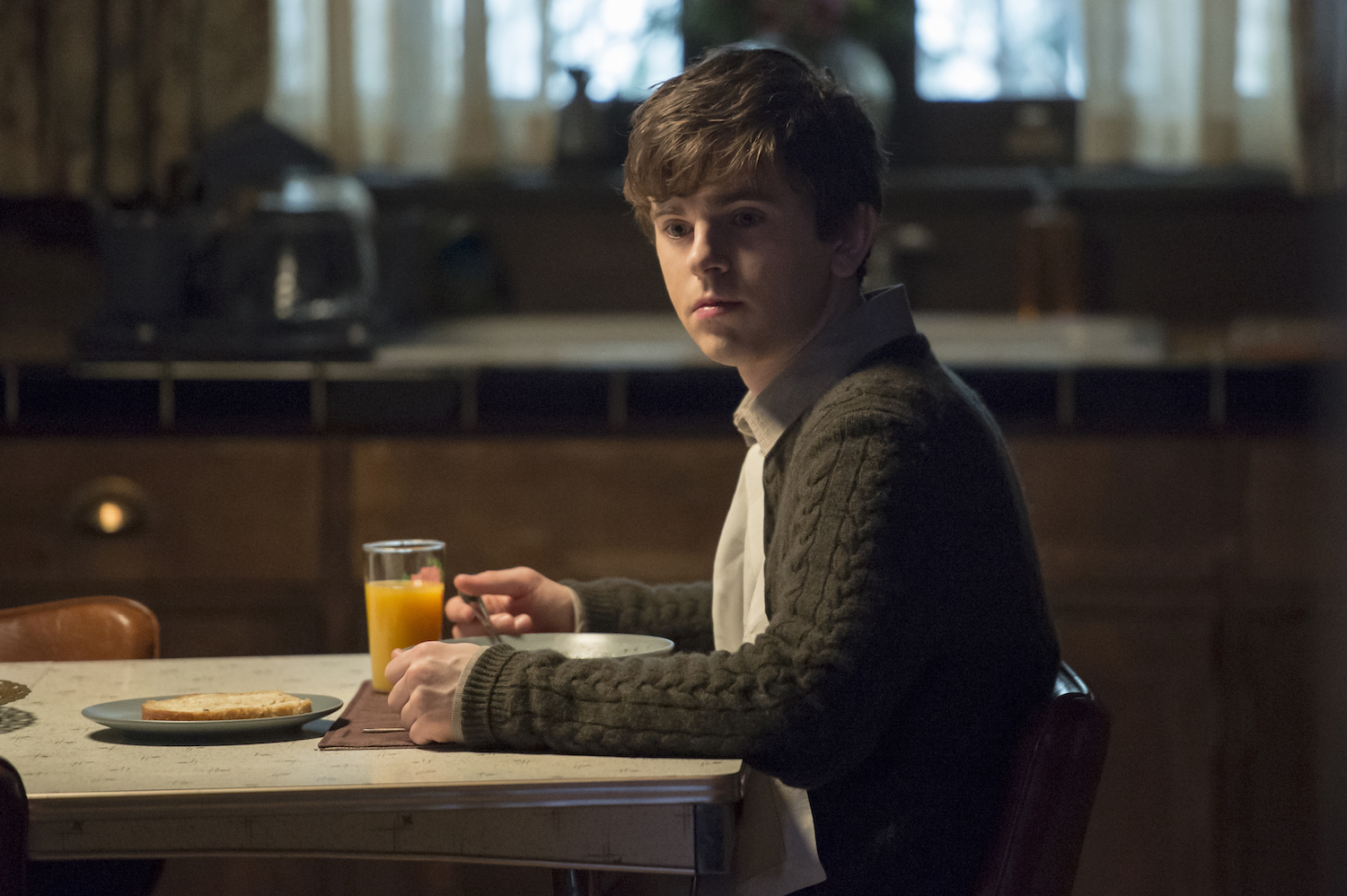 The Bates Motel season 4 finale confirmed that Norma Bates is, in fact, dead. I honestly didn’t expect this so soon and I’m nervous about how they’ll pull of season 5. But, concern for next season aside, “Norman” was a fantastic, emotional, tense season finale that did just about everything right.

The episode took its time with the reveal. It started with both Norma and Norman being taken away by an ambulance and Romero talking to the police. It wasn’t until Norman woke in the hospital and a doctor informed him that he’d lost his mother that we knew for sure Norma is gone.

The main plot of the episode dealt with Norman Bates’ grief. He throws out his anti-psychotics in hopes of seeing Norma again. But, Norma doesn’t appear to him for quite a while, even after his deceased dog Juneau visits him. His frustration leads him to digging up her body and super-gluing her eyes open to try to get her to come back to him. Just when he’s lost hope and is almost ready to commit suicide, he hears Norma playing the piano. He comes downstairs to see Norma and a house full of Christmas decorations. The plot could’ve been cheesy, but the writing and Freddie Highmore’s performance made it extremely effective.

Meanwhile, the subplot followed Alex Romero and his furious determination to prove that Norman is the one who killed Norma. Unfortunately for Romero, at the end of the episode he was hauled away for lying to a federal agent about his relationship with Rebecca Hamilton. This was a good pay off to a plot that often felt tacked on and meandering.

Between Alex’s arrest and Norman telling Dylan Massett that he thinks it would be best if they stopped speaking, it’s unclear who will make up the supporting cast of season 5. Regardless of what happens, I’m definitely interested and this excellent season is an indication that the show knows what it’s doing.