Society is very much polluted with the illusion that we have the ability to freely choose what we want to do in most scenarios. Director Yorgos Lathimos has found the humor in that idea with his latest film, The Lobster. Lathimos tells the story of a dystopian future where single people are forced into a hotel and have to find a significant other in 45 days or else they’ll be turned into an animal of their choice. This quirky, rather unique film stars Colin Farrell, Rachel Weisz, and Jessica Barden.

The script by Yorgos Lathimos and Efthymis Filippou feels like a mix of George Orwell’s 1984 with a Wes Anderson vibe. It is definitely interesting, and darkly humorous, but it really could have been more. The smart script  comments on what happens when society forces people to wear labels and get into categorical boxes; however, it doesn’t have much of a heart. The robotic delivery by the actors is done well, but it becomes overwhelming after a certain point. It works more than a handful of times in humorous ways, but the film doesn’t really lend itself to make an emotional connection. 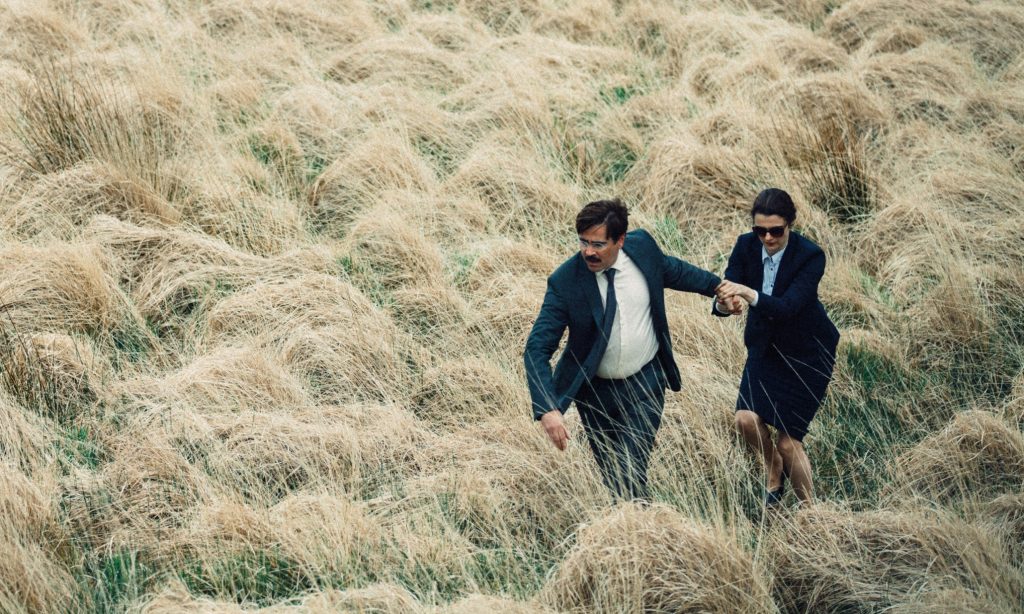 Colin Farrell does a terrific job playing David, a lonely man who’s wife recently left him. He shows his dedication to the character by really committing to the dry, monotonous delivery, yet still attempting to emit emotions through his mannerisms. Not to mention, he gained over 40 pounds for the role. David is a broken soul trying to make sense of his life, and he think he’s going to find the answers at a hotel that wants to stuff him in another societal box, like it was a coffin for his freedom.

Farrell’s comedic delivery from a monotonous filter works, and his chemistry with Rachel Weisz’s character known simply as the “short-sighted woman” is oddly touching. However, the monotonous delivery, which they were directed to perform, ultimately robs this film of a chance to break free from this bleak world. Being chained down to a bleak world was probably the point of the film, but it certainly made it difficult to watch after a while.

This is not a film for everyone, but it is a film that should be admired for its willingness to reveal the truth through comedy in the vessel of an inventive story. The first act is novel, but the monotony is felt after that; however it does end on a very interesting note that will have you thinking about the extent of love as an expression.

The Lobster is without a doubt a clever film that comments on our ridiculous world, along with its invisible chains. Lathimos gives us an interesting story that is a rare breath of fresh air, and paints a world that is very black and white. In hindsight, that might be the point: allowing us to see that although we have little freedom to make actual choices in life, at least it’s not as bad as The Lobster’s dystopian future…for now.