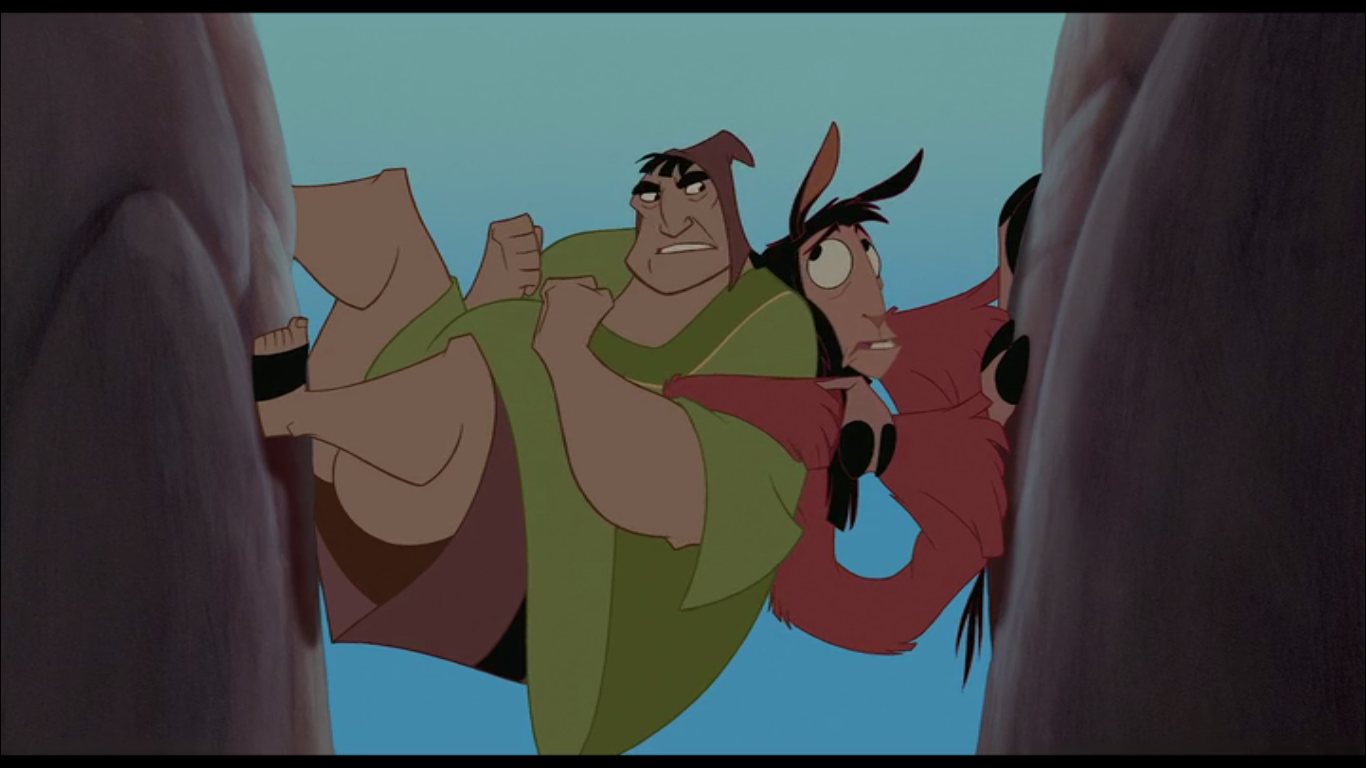 When I was in fifth grade I became obsessed with The Emperor’s New Groove. The movie had come out a few years prior, but somehow it had slipped under, well, everyone’s radar. However, when I was ten, somehow – probably my dad – I got my hands on a copy and instantly fell in love with Kuzco, Kronk, and llamas.

I went to school and tried to convince people that like Kuzco I was descended from Incan royalty (which, arguably could have some truth to it, who knows? PROVE I’M NOT). Unfortunately, since none of my friends had seen The Emperor’s New Groove, not only did they not believe my wild allegations, but they also had no idea what I was talking about.

Luckily, nowadays, The Emperor’s New Groove is held in high esteem among my generation of Disney lovers as one of Disney’s most underrated movies. All you have to do is say “Kronk, pull the lever” and if you’re lucky and in a crowded room with enough Disney nerds, you might get a “wrong leverrrrr” back. Don’t try this in a normal crowded room, though; all you’ll get is weird stares.

Think about it. The call for a Hispanic Disney princess in the past few years has only gotten louder, especially after the disasters that are Sofia the First and Elena of Avalor – Sofia looks about as Hispanic as I do, i.e. not at all, and Elena is “inspired by Latin culture.” Even worse is that both have been relegated to TV rather than being granted their own movie. It’s like a very personal “fuck you” from Disney.

Then there’s the fact that it follows a similar framework of the modern Disney princess movie. While in the past most Disney princess movies centered on falling in love and finding happily ever after, movies like Brave, Frozen, and now Moana have made other relationships: one’s relationship with their family, their culture, and themselves the central theme. The Emperor’s New Groove, similarly, is about redemption and friendship.

Sure, it has an element of romance – Pacha and Chicha are hands down the cutest Disney couple ever to be written – but it’s not used as a tool for advancing the plot, it simply just is. That’s because what’s more important to the story is Pacha and Kuzco’s relationship. The two bicker like an old married couple (in my own relationship some days I’m Pacha, but most days I’m Kuzco) and almost kill each other a million times. But by the end of the movie I can 100 percent guarantee Pacha and Chicha’s kids call Kuzco “Tio Emperor Kuzco”.

If I had to guess The Emperor’s New Groove was actually written in 2011. This puts it two years after the release of The Princess and The Frog, when people first started calling for a similar movie with a Hispanic princess, and in production around the same time as Brave, one of the first movies to feature this sort of alternative love story. It’s also highly possible that it was initially going to be titled The Emperess’ New Groove, and about a spoiled Incan princess (which would account for the effeminate quality some people attribute to Kuzco).

But then, on the same day they completed the finishing touches on The Empress’ New Groove, the wormhole that they happened to be working on in the same room – they don’t hold smart lab practices – opened up and the movie plopped on the desk of Disney employees in the year 2000. After reviewing the movie and deciding that they couldn’t risk audiences calling Empress Kuzco a homewrecker for coming between Pacha and Chicha, they decided to turn Kuzco into a man, which was way easier than getting rid of Chicha altogether.

Okay, so that’s probably not what happened (although who knows, again, prove it’s not). But until Disney finally releases a movie about an Incan/Mayan/Latina princess I’m happy that I at least have Kuzco.