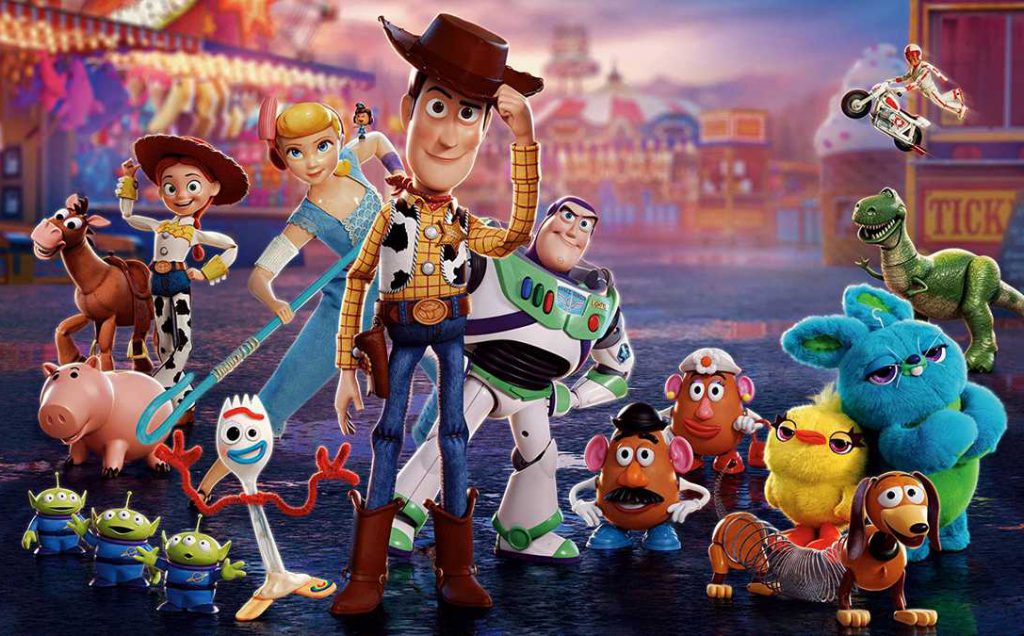 The very first Toy Story film came out in 1995, which was the first-ever computer-animated feature film, sparking the fire for Pixar. Back in 2010, we thought the series came to an end with Toy Story 3, as the film sent off the beloved characters in the touching conclusion. Unexpectedly, Toy Story 4 came to fruition, giving us one more rodeo with Woody and friends. Caring for a new child named Bonnie, the gang go on an adventure to save the handmade toy “Forky.” Director Josh Cooley takes the reins for the sequel and he has plenty of help, including veterans Tom Hanks and Tim Allen along with Toy Story newcomers Keanu Reeves, Keegan-Michael Key, Jordan Peele, Christina Hendricks, and Annie Potts.

With only two short-film directing credits to his name before this movie, Cooley does a tremendous job. As usual, the story is simple and straightforward, but the layers of the moments presented are what make the movie exceptional. Screenwriter Andrew Stanton penned the scripts for the three previous films and knows the characters so well. The character development of Woody is captivating and relative. We are purpose-driven beings, but change is a constant obstacle that we have to battle, and so does our favorite toy cowboy. There are so many adult-themes projected through these toys, yet it still works so well for kids, allowing them a different experience with this film when they’re all grown up.

If the witty, cute dialogue and solid character development aren’t enough for you, there are tons of well-directed action scenes. From Bo Peep fighting off creepy ventriloquist dummies with a herding stick to Duke Caboom pulling off some slick two-wheel driving maneuvers (and poses), Toy Story 4 does adventure mode right. There are even some horror elements to this entry especially with the new character of Gabby and her eerie dummy henchmen that resemble Slappy from Night of the Living Dummy. Not to mention, the animation is more photorealistic than it’s ever been. 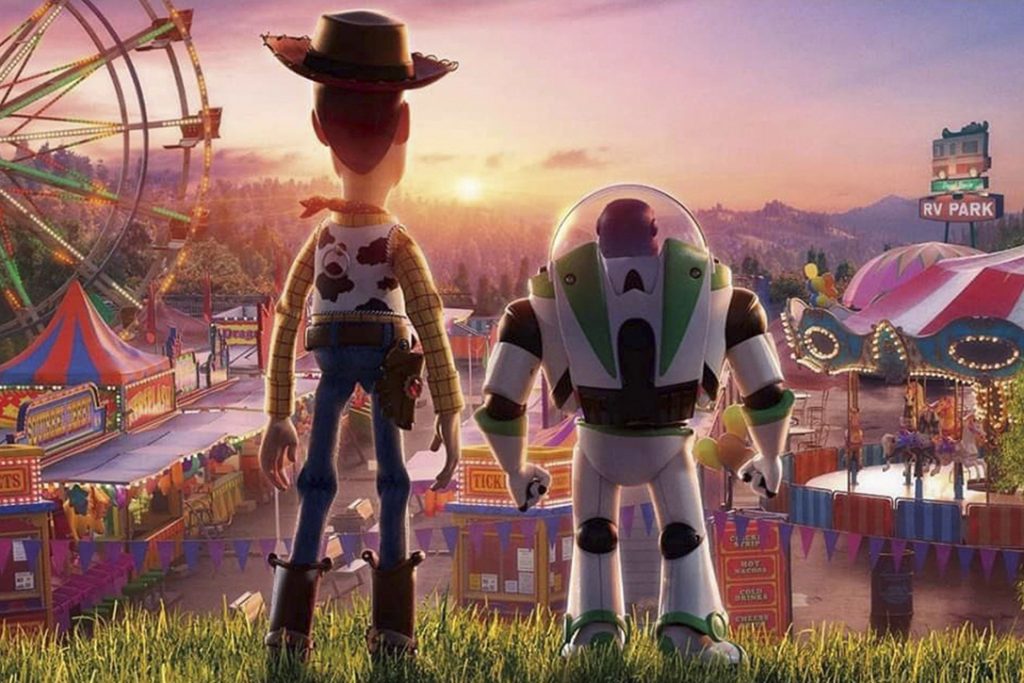 Both Tom Hanks as Woody and Tim Allen as Buzz Lightyear are pitch-perfect with their voice acting. Hanks as Woody is the emotional center of the film, as he’s dealing with life after Andy and finding adapting to being a supporting toy rather than the star of the show. Allen is as likable as ever as the oblivious Buzz Lightyear, although he’s not given as much to do as Woody. And the supporting characters are all hilarious, especially Keegan-Michael Key playing Ducky, Jordan Peele as Bunny, and Keanu Reeves as Canada’s most famous stuntman Duke Caboom. And then there’s Forky who is perfectly cast with Tony Hale of Arrested Development fame doing a tremendous job as the oddball disposable-utensil-turned-toy.

Usually, great movies have well-developed protagonists. In Toy Story 4, you have Gabby Gabby who’s played by the lovely Christina Hendricks. Gabby Gabby is a talking doll from the ‘50s with a broken voice box who’s never had a child of her own. Yearning to be loved, she goes after Woody’s voice box to become a more attractive toy. Hendricks does a terrific job in her role, presenting a character with the relative task of wanting to make a real connection with someone. Yes, she comes off as malicious, but she’s a full-blown character with a purpose to her actions.

Based on most movies series, this film shouldn’t work. It’s even rare we get three amazing films in a franchise, let alone four. But Pixar made it happen with Toy Story 4, allowing adults to reconnect with their inner-child while reminding them of indispensable lessons they might have forgotten, including the embrace of change and listening to your inner voice. Although Toy Story 3 provides the superior conclusion to the series, this film is far from unnecessary, as it’s made with passion. Toy Story 4 is another worthy addition to a stellar franchise that we love to infinity and beyond.