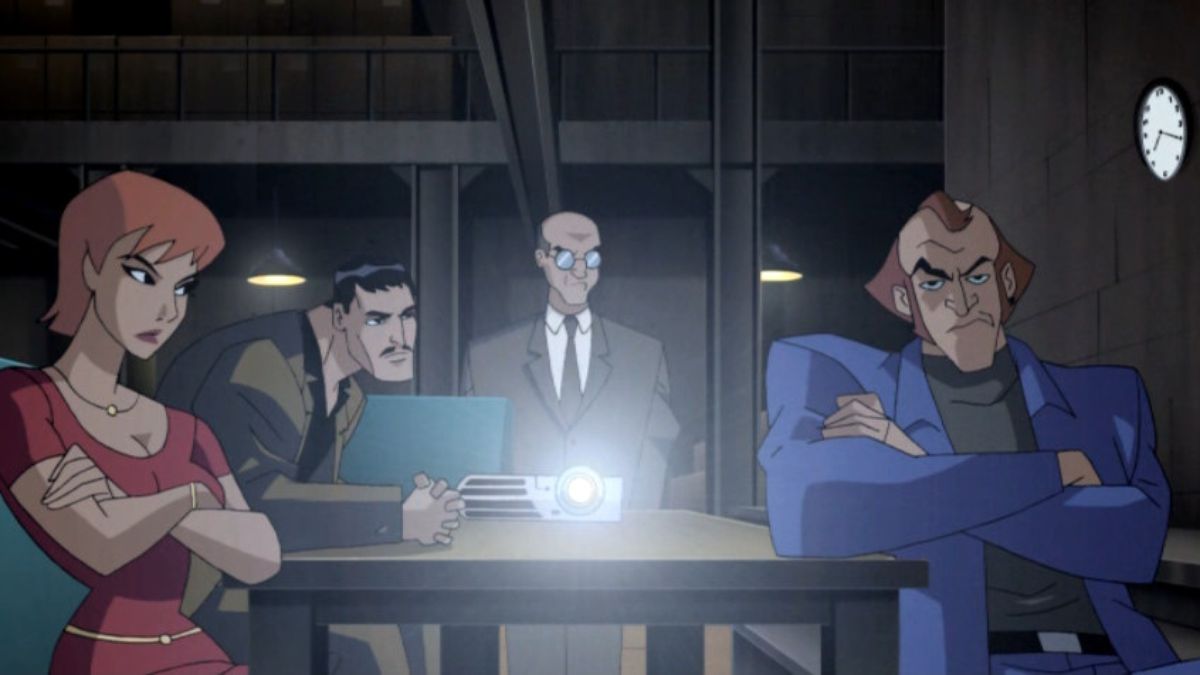 So you’ve just seen Suicide Squad and one of two things happened. Either you were frustrated with the characters and wish they’d been portrayed better or you were into them and you’re ready for more. In either case, I’ve got your back with this guide to portrayals of the Suicide Squad on TV.

In this episode, a man made the mistake of crossing The Joker, who taught him a lesson through an absurdly long, drawn out plan. The episode is a great example of just how weird (in a good way) and creepy (in a good way) this version of The Joker, voiced by the wonderful Mark Hamill, was. The episode also features the first appearance of Harley Quinn.

Harley Quinn, voiced by Arleen Sorkin, was originally a simple sidekick but grew to get much more character development. In this episode, she teamed up with Poison Ivy, who tried to get her to see how abusive The Joker is and forget about him.

In this three-part crossover special, The Joker and Harley teamed up with Lex Luthor to try to kill Superman. This led to Bruce Wayne visiting Metropolis to warn him. The episode has plenty of superhero hijinx. In a stand out moment, Harley saw The Joker fall to his apparent death and shouted, “Pudding!” Bruce Wayne responded, “At this point, he probably is.” Too soon, Bruce.

This episode features a version of Killer Croc voiced by Ron Perlman. Killer Croc wanted to go out into the world, so he planned to flood the downtown area so he could go shopping where the good stores are. It’s an endearingly low-stakes reason to kill many, many people.

This episode features a very similar set up to the Suicide Squad film. Amanda Waller (voiced by CCH Pounder) organized a group of criminals under the charge of Rick Flagg Jr. (Adam Baldwin). In this case, the squad consists of Deadshot a.k.a. Floyd Lawton (voiced by Michael Rosenbaum), Plastique a.k.a. Bette Sans Souci (voiced by Juliet Landau), Captain Boomerang a.k.a. George Harkness (voiced by Donal Gibson) and The Clock King a.k.a. Temple Fugate (voiced by Alan Rachins). The episode has fun with the set up by having the squad break into the Justice League’s headquarters.

This is another episode in which Captain Boomerang teamed up with other supervillains. In this case, it’s the other rogues– The Trickster a.k.a. Jesse James (voiced by Mark Hamill), Mirror Master a.k.a. Sam Scudder (voiced by Alexis Denisof) and Captain Cold a.k.a. Leonard Snart  (voiced by Lex Lang). Unfortunately, villains aren’t very good at teaming up and ended up pretty much just attacking The Flash one at a time. This episode also includes Captain Boomerang coming tantalizing close to finally getting the drop on Bruce Wayne (voiced by Kevin Conroy).

This is a great episode for Katana a.k.a. Tatsu Yamashiro (voiced by Vyvan Pham). In this version, Katana was part of a group of young people called the outsiders that also included Metamorpho (voiced by Scott Menville) and Black Lightning (voiced by Bumper Robinson). Although she rarely speaks, Tatsu shows herself to be a powerful leader within the group of rebels.

This follow-up Suicide Squad episode more backstory about Deadshot, including showing his tense relationship with his daughter Zoe (Audrey Wise Alvarez). It also teased the possibility of a romantic relationship between Deadshot and Harley-Quinn-stand-in Cupid a.k.a. Carrie Cutter (Amy Gumenick).

Katana a.k.a. Tatsu Yamashiro (Rila Fukushima) made many appearances on Arrow, but this is the one where she finally wore her iconic Katana outfit. The episode’s flashbacks gave backstory about Tatsu’s relationship with her husband Maseo Yamashiro (Karl Yune). In the present day, she tragically faced off against Maseo, who had defected to the League of Assassins.