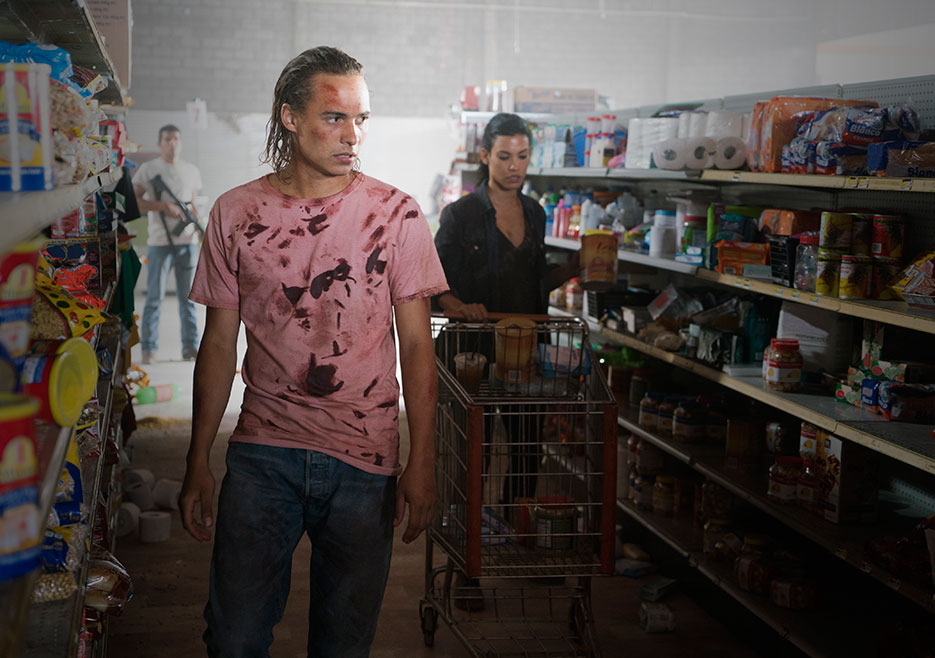 Fear the Walking Dead had an episode this week that was, again, largely void of any meaningful action or plot development. The show seems to have lost any sense of identity that it may have been holding on to from Season 1. At this point it will be difficult to gain traction again, but it is AMC and I will continue to hope that something will change for the better.

Strand and Madison spent the entire episode sitting at a bar getting drunk and kind of flirting. It was a weird dynamic and it felt out of place for both of them. Even in their drunken Fear the Walking Dead conversation, there was no real story delivered and they just kind of babbled on. We found out Nick and Alicia’s father got into his head-on collision because he was intoxicated, which wasn’t really a surprising revelation.

Alicia and Ofelia searched their new hotel/home for supplies and only managed to find some peanuts and more zombies to deal with. Ofelia goes missing, and then the zombies conveniently figure out right at that moment that they can just jump from the balconies to freedom and potentially dinner.

The suicide-zombies (sounds like a better movie than Suicide Squad, honestly) corner Madison and Strand behind their bar, and we’ll have to wait until next week to see their fate. Same goes for Alicia who managed to get herself into some major zombie trouble while looking for the missing Ofelia.

While all that is happening in Fear the Walking Dead, Nick goes on an adventure with his new girlfriend (probably) Luciana. They go meet up with some nearby drug dealers who are now running a post-apocalyptic supermarket. Here at Cartel-Mart they trade medicine for water, and Nick almost gets his arm chopped off for stealing a candy bar.

We also find out that this new Fear the Walking Dead community Nick has joined is even more cult-like than the last one, and he is just as quick to join up and take on their beliefs. Apparently they believe that they are invincible and will inhabit a new, cleansed world that is coming. I’m sure they will find out quickly enough that no one is safe from the dead no matter how much they pray or chant.

Next week’s episode looks fairly promising, and I’m interested to see what is happening with Travis and Chris, so Fear the Walking Dead has at least one more week to turn itself around and prove that it is worthy of its namesake.