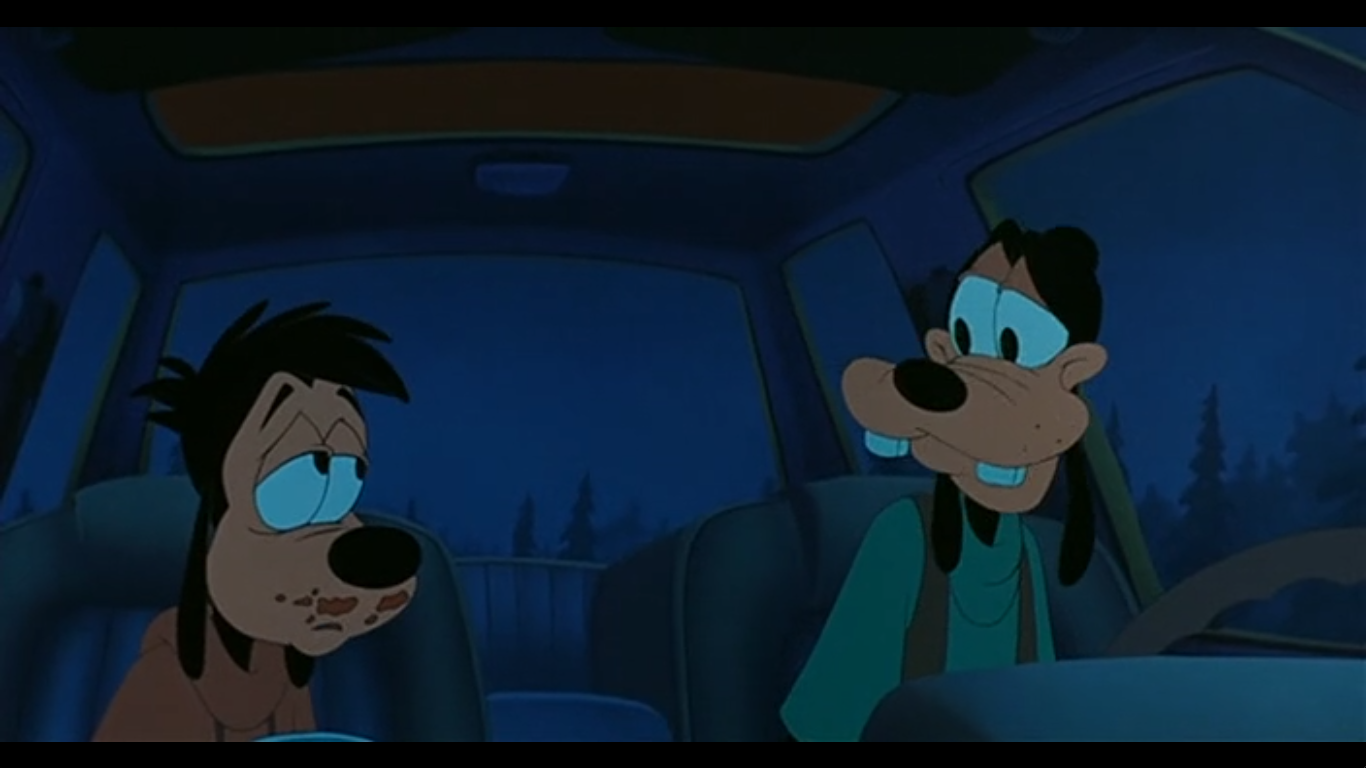 It’s been a while since I did a throwback Thursday, so I figured I’d dive back in by revisiting a favorite of mine from the 90’s. You know the one: it has young love, relatable family drama, catchy musical numbers, a perfectly meme-able pun, and a cross-country roadtrip. That’s right, I’m talking about A Goofy Movie.

This was a particularly fitting choice because the boyfriend and I happened to have just completed a very similar roadtrip (including the tense moment after taking a left instead of a right, but not including the run in with bigfoot).

For those of you whose memory of A Goofy Movie is solely the aforementioned pun (the leaning tower of cheese-a), here’s a little refresher of the highly ridiculous movie that was only topped by its even sillier sequel.

After Max gets in trouble at school for disrupting an assembly, Goofy fears for his son’s future – largely thanks to being worked up by an insane yet fairly realistic school principal, and Goofy’s douchebag friend Pete, who is a terrible dad and should honestly not be giving parental advice. Goofy’s solution to Max’s rapscallion ways (which involve dressing up as a pop star and dancing on stage) is to take him on a fishing trip.

The fishing trip just happens to coincide with Max’s very first date, so Max does what any rational teenager would do: he lies. He tells Roxanne that his dad is taking him to the Powerline concert, because his dad and Powerline are besties. This is where A Goofy Movie turns from a good movie into a great movie, because Max decides the best way to get himself out of a lie is to tell another lie.

His brilliant plan is to erase the route that Goofy drew on the map, and draw a new route. So simple that it’s stupid. Like, actually, it’s stupid. Goofy may be a goof but he figures it out as soon as he sees the map – you know, like anybody with half a brain would. But that doesn’t happen until after Max gets put in charge of navigating and picking all the stops – which should make any teenager feel guilty after being deceitful, but not Max, who may or may not be a sociopath.

Luckily, once Goofy finds out he doesn’t stay mad for long. The two make up after nearly falling to their deaths twice, and make it to the concert just in time. They manage to sneak up on stage and dance with Powerline, teaching 90’s kids everywhere that if you make up a really big lie things will just fall into place until it’s not a lie anymore! Yay for happy endings!

Since most of us were a Max at some point in our lives – and by that I mean a douchey, petulant, insensitive child – don’t be surprised when A Goofy Movie hits you right in the feels. Sure it was pretty sad when I was a kid, because I couldn’t imagine ever being so mean to my dad (or mom), but it’s even worse now that I have memories of being just as or more awful than Max.

It makes me feel especially guilty because my dad – who got pretty decent at impersonating Goofy after watching this one too many times – basically is Goofy. I mean they’re actually the same person. They’re both equal parts adorable and embarrassing, and they’re both tall, lanky, and have large noses (sorry, dad). So I guess it’s a good thing that my dad is a Goofy and not a Pete, so I’m pretty sure he’s forgiven me for my own variations of not wanting to go on a fishing trip (which also may actually be a thing I was Max-like about).