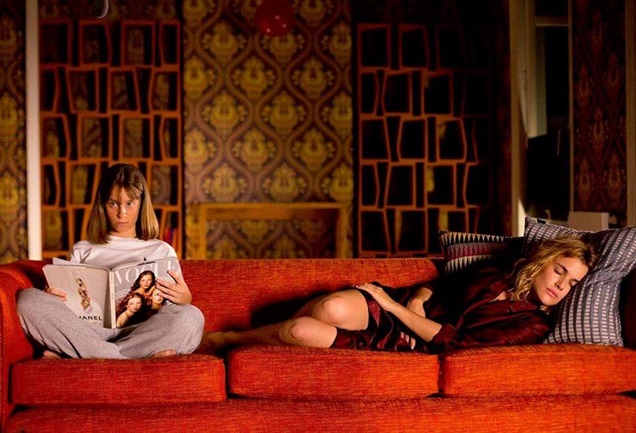 Guilt is a hard pill to swallow, and time can’t get rid of the taste completely. Julieta is Pedro Almodovar’s latest film, and it weaves the story of a woman that meets the love of her life because of a regretful act that somehow manages to come back in different shapes throughout her life. Almodovar returns to the genre of arthouse drama after a light comedy, and it’s a welcoming return to form.

Almodovar’s script and direction are once again very sobering and beautiful. His talent to juxtapose relative events and create scenes that stick with you have become good habits. For example, a mesmerizing slow motion shot of a stag running alongside a train to find a mate mirrors the reflection of Julieta and Xoan having sex for the first time on that same train. Every shot has an artistic purpose, and there are several scenes in this film that are amazing.

The script’s plot feels a bit melodramatic, but Almodovar never lingers long enough to let it tarnish a scene. On the other hand, that approach feels a bit safe, and everything feels familiar, especially in comparison to other films he’s done that are simply better. With that said, Julieta is still an exceptional film that shows his signature skills behind the camera.

Adriana Ugarte, who plays the younger Julieta, is beautiful and magnetic onscreen. Ugarte plays the younger Julieta with an innocence that slowly dies as her heart swells because of regret and guilt. Julieta as a mother is consumed by trying to do what’s right for her daughter. Emma Suarez, who plays the older version of Julieta, does so with a burnt out soul. Her daughter’s absence torments her, and hope teases her consistently. The transition, along with the shot used, from Ugarte to Suarez playing the roles is perfect.

Julieta is a film about carrying regret with you and allowing it to consume your thoughts. It’s about being a mother and dealing with life’s unexpected tragedies. Almodovar creates another story that is relative and complex, even though it’s not quite on par with his top films and feels rather familiar. It’s like a soap opera made to actually feel real. The title character knows she’s done something wrong, but she doesn’t quite know what that is. Life is brutal that way, and that feeling is represented realistically in Julieta.