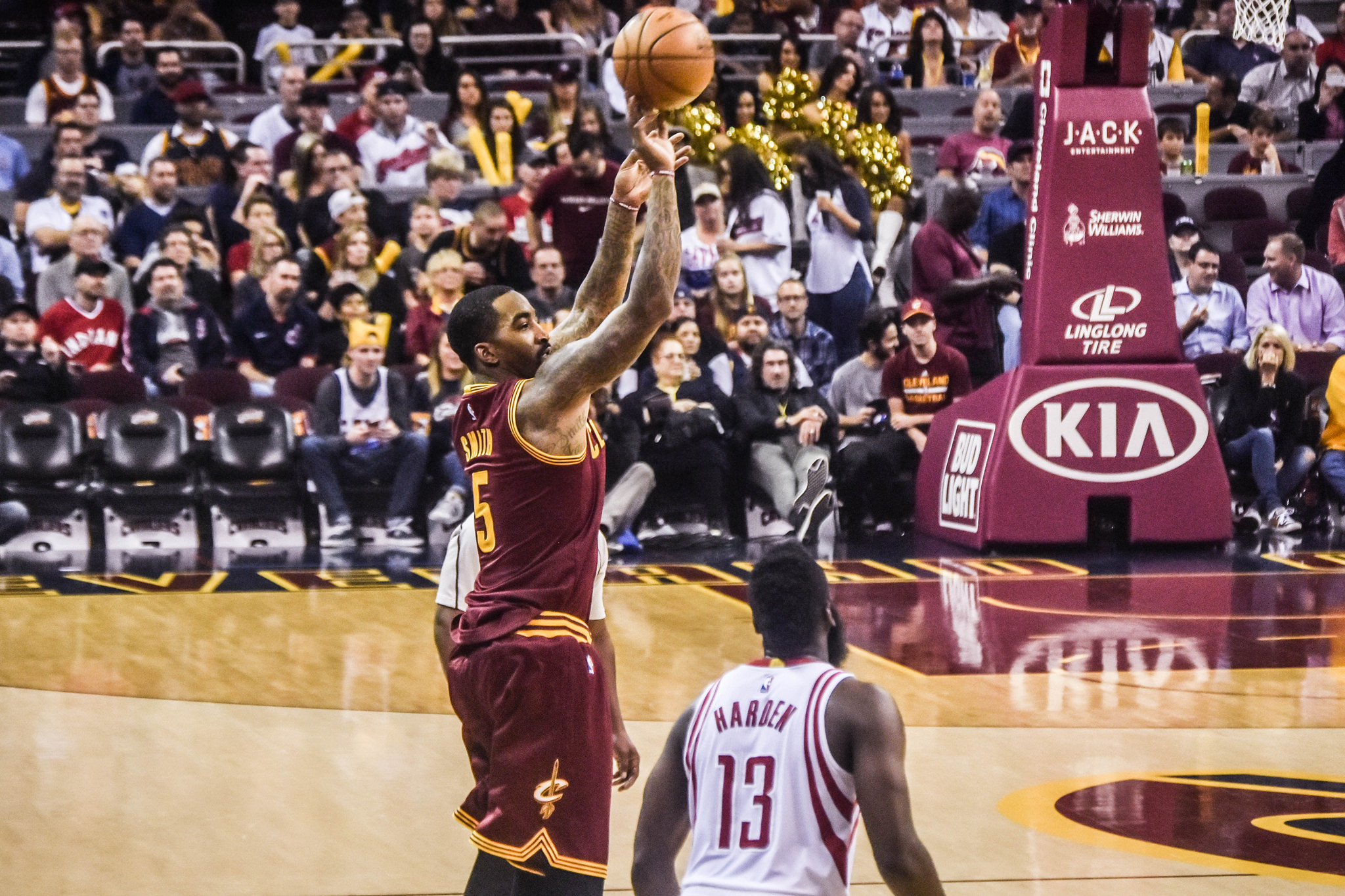 J.R. Smith of the Cleveland Cavaliers is a national treasure. His personality refreshing, his interviews are priceless, and his “care-free” persona is child-like.

At times he expresses sheer emotion, and other times, he’s seen partying shirtless. Whether if things are going good or bad, Smith is someone you want in your NBA locker room.

Well, that’s the case now, but it wasn’t like that before he arrived in Cleveland.

Prior to being traded to the Cavaliers, Smith was known as an egotistical, erratic shooter, that focused on partying and not playing. Whether if it was hopping in DM’s or hanging in the night clubs with the who’s who of the entertainment industry he did it.

In a sense, he’s still that way. Now married with a child, Smith isn’t in the nightclubs anymore, but he’s still J.R. Playing in Cleveland, some of the negative spotlight shrinks when playing along LeBron James and the championship Cavaliers. The old cliché is that winning cures and hide all, and that’s been the case during the engaging ride with J.R. in the Rock N’ Roll capital of the world.

This week, Smith reverted back to his old ways against the Milwaukee Bucks. No, he didn’t shoot a dreaded 30-foot three-pointer with 14 seconds left on the shot clock, nor did he untie a defenders shoe. What he did was allow Tony Snell of the Milwaukee Bucks score the easiest two points of his life.

In any game, misfortunes can occur, but this one was different. During an inbound play, Smith attempted to guard Snell. Instead, he casually greeted Jason Terry for a hug. From there, Snell slammed the ball home, and Smith pranced down the court as if nothing happened. In a post game interview, he blacked out the incident as if he was hit with a neuralyzer from Men in Black.

Despite the matter making a national headline, there is a silver lining. The gesture displayed by Terry shows he’s a forgiving person. For Smith, it pinpoints, that his level of maturity a lot better than it was in New York.

For those who may don’t remember, in the 2013 NBA Playoffs, Smith hit Terry with an elbow that would make Dwayne “The Rock” Johnson beam in excitement. The elbow eventually led to a suspension for Smith, and he was never the same during the course of the playoffs.

To see what transpired on Monday night compared to three and a half years ago, I would rather see J.R. hug it out with his former nemesis.

Smith finished the game with six points in a losing effort. The defensive error added insult to injury. If the Cavs would have won, conversations of “bad” J.R. Smith wouldn’t have resurfaced.

When people have a murky past, it’s easy to criticize them. Yes, J.R.’s antic was embarrassing, but it’s time to move on.