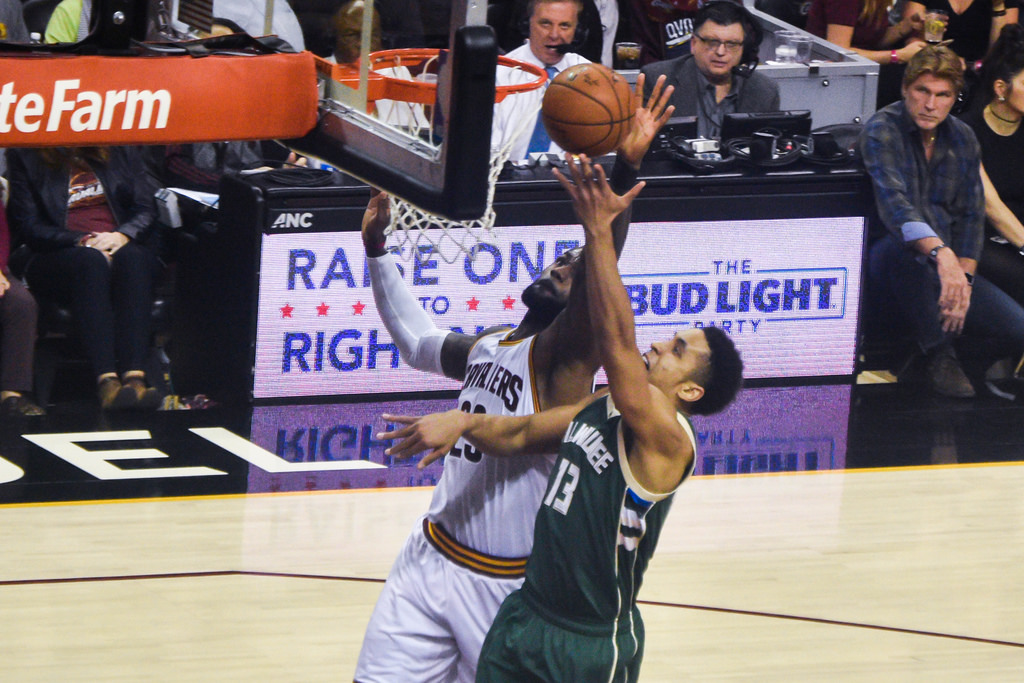 Dennis Velasco: Joel Embiid, we hardly knew ye. The award is between Dario Saric, Embiid’s teammate, and the Milwaukee Bucks’ Malcolm Brogdon. I have to give it to Brogdon because he’s an important piece for a playoff team, playing minutes that mean something. Don’t get me wrong, I like Saric as a player, but in a year that doesn’t have a standout rookie, and all-in-all, things being kind of levelly bland, I’ll take the player that is contributing to a winning team. Plus, Brogdon told the Bucks’ PR staff to screw the ROY campaign and use the money for charity. Respect.

Dan Tria: If Joel Embiid’s body were fair, this award would be really easy. However, in an upset the winner has to be Malcolm Brogdon of the Bucks. Last time we had a ROY come out of nowhere was Damian Lillard. Brogdon has played a vital role on the Bucks this season and when Parker returns his role will change and allow him to grow his game more. There’s a lot to like about him, but to steal from some guy named DV, Brogdon deserves it because he instructed the Bucks to devote money allocated for a ROY to charitable endeavors instead.

Mike Cortez: If this were the Grammys this award would be treated like the Hip-Hop category and get the pre-show treatment. What a sorry rookie class this was. The favorite to win the award at midseason was Joel Embiid, who was drafted in 2014. Embiid’s teammate, Dario Saric (also drafted in 2014), has received the lion’s share of praise since then. But neither deserve the award over Malcolm Brogdon. The numbers aren’t jaw-dropping (10.2 points, 2.8 rebounds, 4.3 assists, 1.1 steals), but Brogdon played a key role for a Bucks team that made the playoffs. The Bucks did not have a point guard to start the season which is like playing GTA online with just a handgun. Brogdon stepped up to play both guard positions as he filled the supporting role perfectly. If he wins he would be the first ROY to not win Rookie of the Month once. It’s been that type of rookie class.

Tyler Birss: Joel Embiid played in 31 games and therefore is a ludicrous choice for any type of hardware. I say this because I have heard some media members state that he would be their pick. While Embiid is a far stronger player than his teammate and deserving award winner, Dario Saric, the fact is that Saric has played an entire season and thus has a whole body of work to put forward. Saric’s 13/6/2 numbers aren’t tremendous, but he plays with a certain flare and passes the eye test with flying colors. In a season of unimpressive rookies, Saric is the unexciting but the correct pick for this award. I can totally buy into the Malcolm Brogdon love here, but I would contend that Saric has played a considerably larger role for his team.

Sonny Giuliano: Since the 2016-17 Rookie class was such a collective bummer, I feel that it’s only right that I punish the group as a whole and go all the way back to the 2014 NBA Draft to select a Rookie of the Year for this season. Luckily, Dario Saric was shelved away for two seasons before he came to the Philadelphia 76ers this year, and that means he’s eligible to win Rookie of the Year. Since Saric became a full-time starter immediately following the All-Star Break, he’s averaged 17 points, 7 boards, and 3 assists per game. The fact that Sam Hinkie was able to snag Saric in the same Draft that Philly selected Embiid makes it all the more puzzling that he was fired just as “The Process” was starting to look like more than just a collection of assets.

Dylan Hamann: Here is another young Bucks’ phenom. This season was the year for under the radar rookies (and guys drafted in 2014) . Dario Saric was a close second for this award, as was Jamal Murray, and Willy Hernangomez. All these guys blasted past their expectations, but Malcolm Brogdon takes the award with his consistent play throughout the whole season. He is an absolute dead-eye shooter, with the ability to get the hoop, and shoot the midrange jumper. And his defense may be the best of all of the eligible candidates in the league.

Mike Bitanga: There are a few in the race for Rookie of the Year, but the player that has stayed consistent throughout the entire season is Malcolm Brogdon. He was the 36th pick of the draft, with many not expecting much from him, but he’s made some noise. Sure, he’s only scoring about 10 points per game, but he’s reliable, and reliable is hard to find. Brogdon shoots 45 percent from the floor and a little over 40 percent from three-point range. The rookie has also shown that he can deliver in clutch situations. He makes for a great asset to the Milwaukee Bucks, and takes off some of the defensive pressure from All-Star Giannis Antetokounmpo.