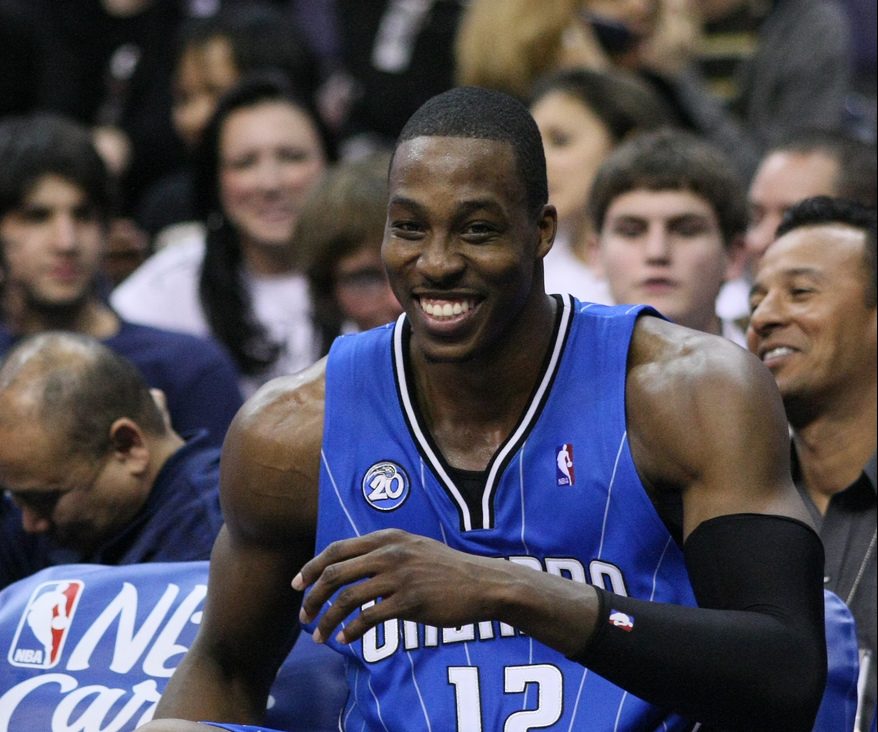 There is not a lot of optimism these days as far as the Orlando Magic are concerned, but fear not! This optimist believes that between the upcoming NBA Draft and new management things might actually be looking up for the first time since Dwight Howard left town in the most professional way possible.

Let’s get the glass half empty part out of the way. The Magic had a 30 percent chance at a top three pick and the Lakers had a 55 percent chance of falling out of the top three (giving their 2019 first round pick to the Magic), neither of those things happened. The team just can’t seem to get the lottery luck that has helped them so much in the past.

The Magic have four picks in the top 35 to play around with. There will still be potential star players available at No. six and who knows? Maybe they’ll finally strike gold with a late 1st rounder/early 2nd rounder. Then there is the possibility of trading picks and/or players to move up in the draft or get a star. That’s probably a long shot but you have to think teams would consider giving up something nice for all those picks.

This is a very strong draft. Ask anyone! Here is a look at my favorite prospects, all of whom have star potential; It would be shocking if any of the first few are available to the Magic but stranger things have happened.

Markelle Fultz PG – He’s the surest bet to be a superstar, I love his game. Decent size at 6’ 4”, athletic, lights out scorer.

Josh Jackson SF – Also has superstar potential. He’s already a beast defensively and if he can polish his game will turn into the ideal hybrid forward. Fultz and Jackson are my 1a and 1b.

Lonzo Ball PG – His father is the worst person since that guy that ate someone’s face (in my opinion), and Lonzo is not going to be as good as advertised. I don’t see how his pass first mentality and lack of athleticism translate to today’s game. While I’m sure plenty of fans would be very happy if Ball somehow ended up slipping to six. Silver lining, his dad would hate for him to play in Orlando. Anything the upsets LaVar Ball is alright by me.

Jayson Tatum SF – Good size, really good scorer, most NBA ready player in the draft. A lot of people in Orlando would love it if Tatum slipped down a couple spots.

De’Aaron Fox PG – Superior athlete. Basically a better, quicker, Elfrid Payton. Fox running the show with Payton coming off the bench could give the team a nice one-two punch from the point guard position.

Dennis Smith Jr. PG – A bit of a wild card and kind of small at 6′ 2″. But he’s a great athlete who can get his own shot or distribute. Just as high of a ceiling as anyone in the draft, he gets Russell Westbrook comparisons. The team could do a lot worse than letting him run the show for the foreseeable future.

A Few More to Consider:

Malik Monk SG – A majority of mock drafts have the Magic taking Monk. A couple of weeks ago I viewed him as a one dimensional shooter. The more I’m seeing the more I’m thinking he might be the best pure scorer in the draft. These highlights are encouraging.

Jonathan Isaac SF/PF- Good player with a high ceiling. Right now he is a defense first SF/PF hybrid very similar to Aaron Gordon. Isaac is seen as a better player than how I have him ranked. Which means if he’s there at the six spot the Magic might consider it. If he can play SF full time then maybe it would work out. I just don’t think they should mess with moving Gordon around again. He’s the PF and neither he nor Isaac should be coming off the bench.

Frank Ntilikina PG– French, 18, definitely coming to the NBA. He’s a bit of an unknown PG, but he has great size and skill set.

Lauri Markkanen PF – He’s a seven-footer who gets buckets with a really nice shooting touch. I like him, but he does not seem to fit what the Magic need at this stage.

All of those guys have the potential to help the Magic or any other team. There are also plenty of solid pieces available later in the draft. We’ll cover that at a later date. New management certainly has their work cut out for them.

Welcome new President of Basketball Operations, Jeff Weltman, and new General Manager, John Hammond, whom Mr. Weltman hired less than 48 hours after he was named POBBO. Both have great reputations around the league.

Jeff Weltman comes over from the Raptors and Hammond from the Bucks. From Weltman in his intro press conference, “The first sign of a bad boss is that he wins every argument.” He’s willing to hear and accept the ideas of others, which is what the Magic need because they are certainly in an “All Hands on Deck” situation. Both the new GM and Prez have a ton of experience in various front office jobs. Maybe now that there are essentially two GM’s Alex “Meddling” Martins will take a back seat and just stare at his iPad for the duration of the ride. I like what both of them did with their respective teams before coming here, particularly snagging Giannis Antetokounmpo with the No. 15 pick in the 2013 NBA draft. It will be fun to see how they handle all of the picks and the bit of cap space that they have to play with. Anyone else smell a trade?

There are definitely greener pastures ahead. It’s all up to the Magic organization to take the correct path. I believe they will.