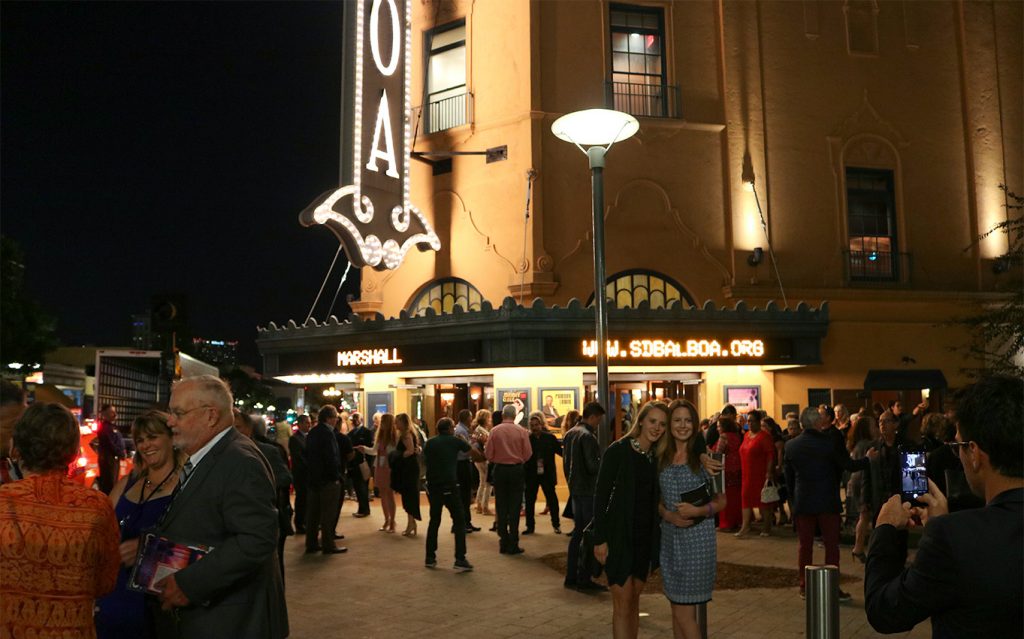 The 2017 San Diego International Film Festival rolled out the red carpet on opening night with the crowd-pleasing film, Marshall. The film is about a young Thurgood Marshall, played by the talented Chadwick Boseman, as he fights through one of his early, career-making cases.

SDIFF screened the film at the historic Balboa Theatre in Downtown San Diego, where filmmakers and film lovers shared their passion for cinema.  The crowd was hooked on Marshall, as the court room drama drew cheers and laughs from the audience throughout. It truly transported the audience to that time and place. 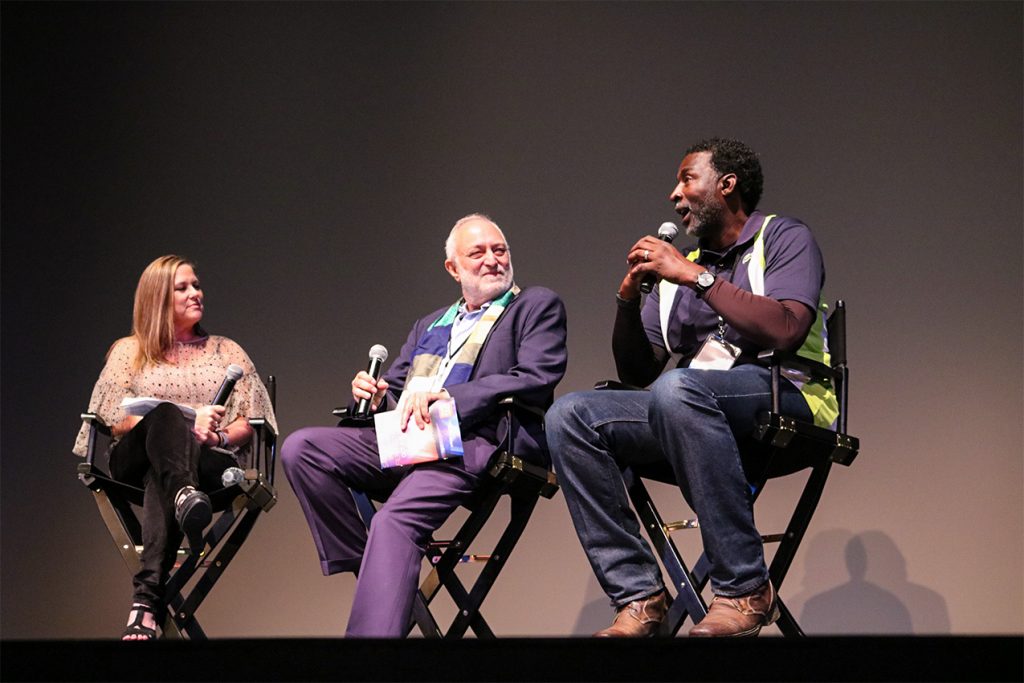 After the film, the executive producers of Marshall took the stage to discuss the journey of getting this film made. At first, Black Panther star Chadwick Boseman was hesitant to do another biopic, after playing James Brown and Jackie Robinson, and needed some inspiration. Executive Producer Jonathan Sanger mentioned what inspired Boseman.

“Initially, he didn’t want to do another bio-pic. We put him in touch with Thurgood’s family, John Marshall, who’s Thurgood’s oldest son. After they had a conversation, he changed his mind.”

The entire cast was impressive, including Josh Gad as Sam Friedman, Thurgood’s co-counsel. The chemistry between the two actors made for an enjoyable film.

“There was a great camaraderie and relationship that developed between Chad and Josh that just developed over the course of the film and made it really work,” Sanger told the audience. 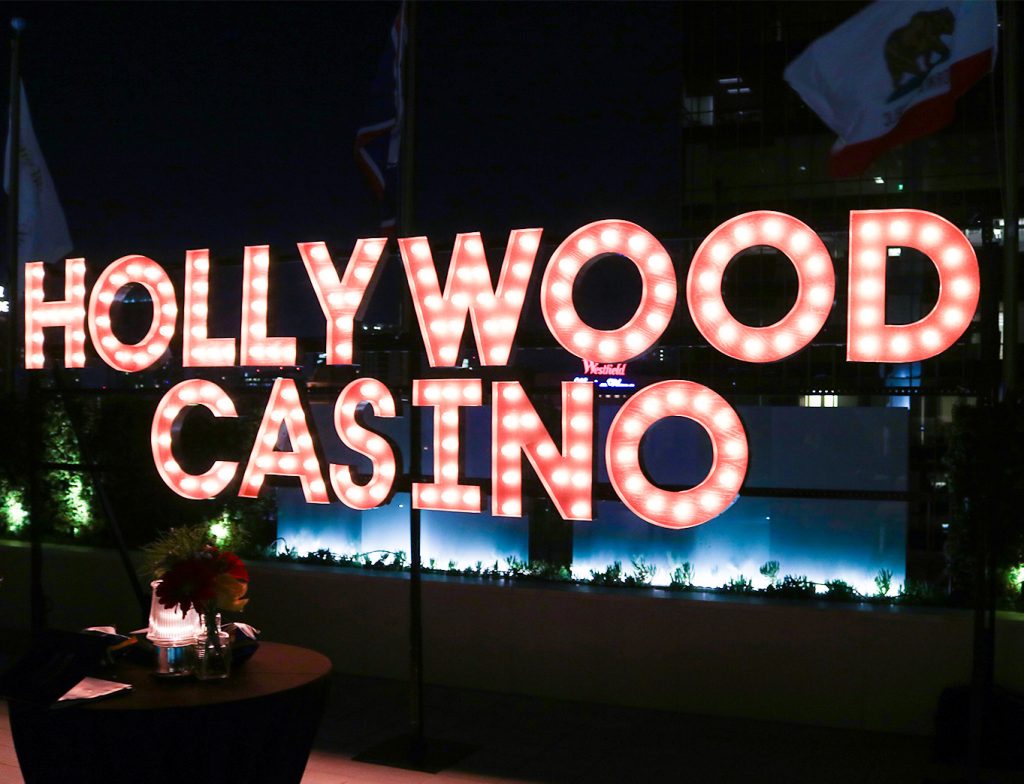 After the film and Q and A, SDIFF threw an after-party on the rooftop of the Westgate Hotel. There was live music by the Stiletto’s, as well as DJ Mark Eazy. Attendees also enjoyed complimentary food and casino gaming tables, compliments of Hollywood Casino. It was an ideal kick-off to a five-day celebration of cinema.

SDIFF continues throughout this week. There’s over 120 films to choose from, and some amazing panels to attend. Tomorrow the main event for SDIFF will be the VARIETY Night of the Stars Tribute, where Patrick Stewart will receive the Gregory Peck Award for Excellence in Cinema. Click here for tickets to individual screenings and panels, or for a festival pass that gets you into several events.