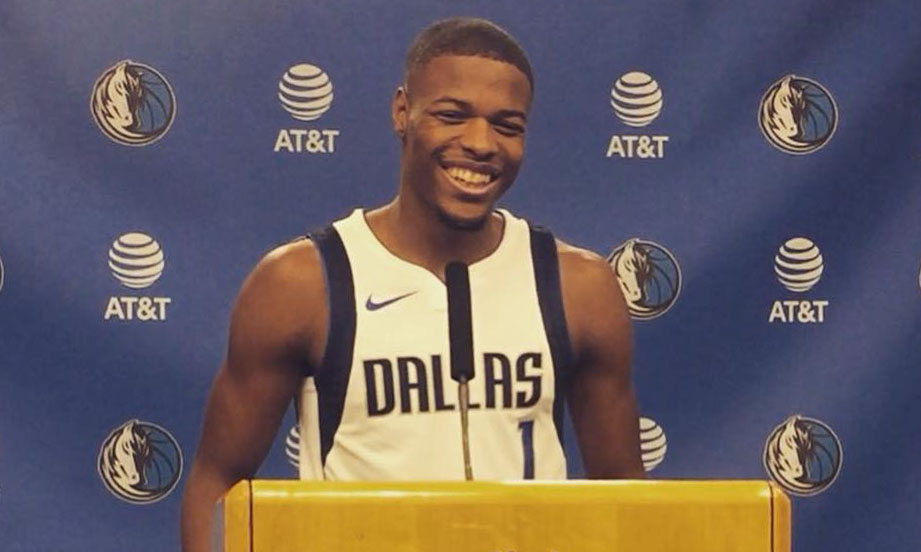 This NBA rookie class is point guard dominant with Dennis Smith, Jr., Lonzo Ball, Markelle Fultz, De’Aaron Fox, Milos Teodosic, and can we call Ben Simmons a point guard? No? Okay, well, that’s fine because he’ll still be one of the top rookies to watch this coming season, along with other non-point guard players like Jayson Tatum, Josh Jackson, Malik Monk, John Collins, and Donovan Mitchell. Unfortunately, for the rookie centers, just like the trend towards small ball line-ups in the game today, there aren’t many that will have an impact as Bam Adebayo, Zach Collins, and Jarrett Allen will need time to develop… a consistent jumper to help their cause!.

In alphabetical order, here are the top five rookies to keep an eye on:

Lonzo Ball, PG, Los Angeles Lakers
Ball’s rookie season can end up being the ultimate dream – hometown kid goes to local D1 legendary basketball college and then drafted second overall by local legendary NBA team. The script for it is there, which is very apropos when considering the town this is all going to go down in. Magic Johnson has been very outspoken, perhaps even more than Lavar Ball, in proclaiming Lonzo as the player that will bring the franchise back to its former glory. It’s those expectations that can have this end up being a nightmare should Lonzo fall. However, he’ll be fine and will likely be one of the top assist players this season because of his great court vision, height, and natural passing ability. Plus, he’s able to score, using his athleticism and outside shooting, mechanics aside. Don’t expect the dream or nightmare, but a restful night’s sleep from Lonzo this season.

De’Aaron Fox, PG, Sacramento Kings
Why the Kings signed George Hill, I have zero idea! I guess the Kings will Kings. In any case, drafting Fox was a great get for Sacramento and, hopefully, they’ll let him loose on the court because he’s clearly the franchise’s future. Fox is an electric player that can take over a game, scoring or passing or playing a passing lane. His quickness is his strong suit, and if he can eventually add muscle, he’ll go down the same path as John Wall, and become one of the top point guards in the league. It won’t happen this season because the Kings will likely get in their own way again, but there’s no question that we’ll see flashes of Fox’s brilliance.

Markelle Fultz, PG, Philadelphia 76ers
Fultz was the first pick overall this past June and is arguably the final piece for the Sixers in their process. Many are now expecting for the team to challenge for a playoff spot, especially in the Leastern Conference. If Joel Embiid can stay healthy, as well as Fultz’s fellow rookie, Ben Simmons, some noise will be made in the City of Brotherly Love not heard since Rocky laid out Apollo Creed. Expect Fultz to be the first jab in a one-two combo with Simmons before the haymaker that is Embiid. Both Fultz and Simmons should eventually work to that synergy of facilitating the offense both on the ball and off of it, switching seamlessly. Fultz will be able to accumulate scoring stats, and won’t have the pressure of instantly producing because the Sixers are still in “The Process” and the proverbial heat is simmered with Simmons, Embiid, and Dario Saric also boiling in that pot.

Ben Simmons, PF, Philadelphia 76ers
Finally, the wait is over and we’ll get to see if Simmons’ abilities on the court that he displayed in the amateur circuit will translate to the professional one. Considering the accolades he’s been getting in the preseason, the answer will be “no doubt.” How many big men have his ability to handle the rock and facilitate an offense or go coast-to-coast off a defensive rebound with ease? Not many. Considering that Simmons was out all of last season, it will be interesting to see how much the Sixers treat him with kid gloves. Health aside, Simmons is very naturally gifted, and if he works on and gets that consistent jumper, he’ll be lethal every time he steps on the hardwood.

Dennis Smith Jr., PG, Dallas Mavericks
For the record, this is the player I’m going with as my Rookie of the Year. The main reason being that he’ll get a lot of playing time because he’s a tenacious and intense player that has brought Russell Westbrook comparisons, but, and this is a key for any Rookie of the Year candidate, there won’t be any competition for burn on the court at his position. Smith is, easily, the best playmaker on the team with a dynamic game and will surely amass a ton of highlights, that will help with garnering votes. Don’t be surprised with an 18/6/4 line, which is similar to his college stats last year, which will translate to this next level because Smith has to be playing with a chip on his shoulder after dropping a bit in the draft. A “make you pay” Paul Pierce type of effort is on the way from Smith. Thank you, Dirk Nowitzki, but it’s time for Dennis Smith, Jr. to shine.

Quick hits on some others to pay attention to:

John Collins, PF, Atlanta Hawks
Seriously, who’s still around in Atlanta? Collins is a big man with an old school game, but is crazy efficient, which transcends position and style of play. The Hawks should give Collins a lot of burn and let him make his mistakes and develop. If Summer League is any indication, Collins isn’t going to be nice.

Josh Jackson, SF, Phoenix Suns
Jackson has been compared to Kawhi Leonard because of his all-around skills, particularly on the defensive end. He’s an intense player that should eventually earn a starting spot with the Suns, who are guard-heavy. Expect contributions all over the stat sheet.

Malik Monk, SG, Charlotte Hornets
The injury to Nicolas Batum will thrust Monk into having a bigger role with the team sooner than expected. He’s a tremendous scorer and athlete, and doesn’t shy away from tight situations. He’s a bit undersized and will need to get stronger, but considering most of his damage comes from the outside, Monk will be fine, especially if he’s on the receiving end of a Kemba Walker drive and dish.

Jayson Tatum, SF, Boston Celtics
Tatum is a scorer extraordinaire, able to go iso and take his man to the hoop or hit a jumper in the defender’s grill. However, he’s just behind newly-acquired Gordon Hayward on the depth chart, but will surely carve out a role in Brad Stevens’ offense, which encourages shots. Tatum won’t hold back on those.

Milos Teodosic, PG, Los Angeles Clippers
Voted as the best non-NBA player in the world by NBA GMs, this tall 30-year-old rookie point guard will get a chance to show off his passing skills that make the crowd “ooooh” and “aaaaaah” with Chris Paul gone to Houston and Austin Rivers injured. He’ll be fun to watch.