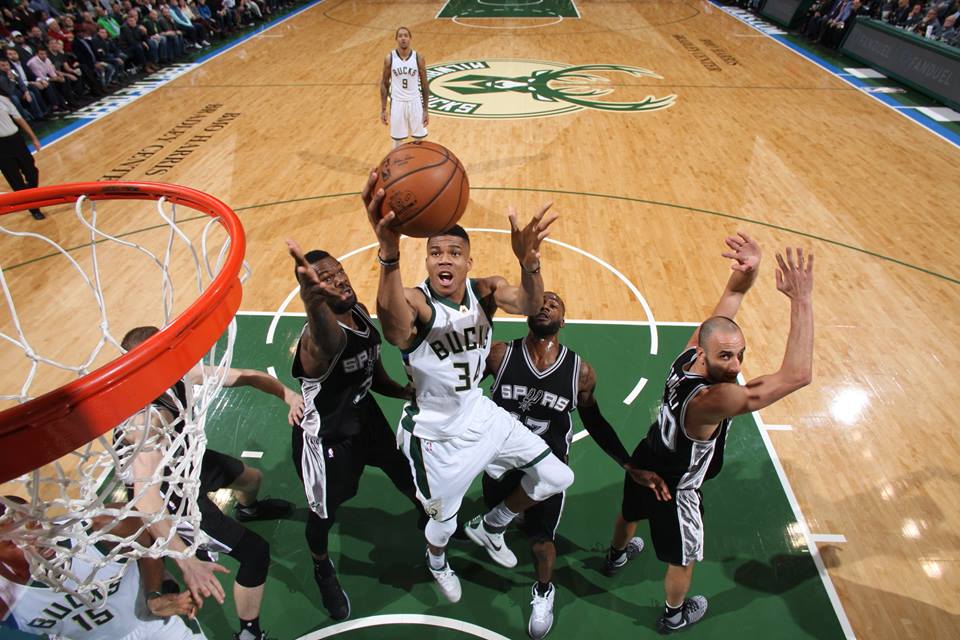 Being underrated isn’t always being an amazing player in a bad situation, it’s about being a great player, but being an afterthought, or a dark horse to the untrained eye. Sometimes undervalued, sometimes they just don’t have the right situation to shine in. For instance, maybe you’ve been third fiddle Oklahoma City Thunder to Kevin Durant and Russell Westbrook your entire career (James Harden), and then you get dealt (in an arguably awful trade) to the Houston Rockets. Only to tear up the league and eventually find yourself (unjustly) being the runner-up to Westbrook in the MVP voting. OK, so maybe I went on a little rant about Harden for MVP, but it’s justified that he was an underrated player on the OKC team playing as the sixth-man. Now in Houston, stars want to play with him (we see you, Chris Paul). Nobody could have predicted he would be that good after leaving OKC, but they missed out and now he’s an NBA superstar and perennial MVP candidate.

First, the players who didn’t quite make the cut on our underrated list, but were on the cusp.

Giannis “The Greek Freak” is a special player all-around. He’s 6’11” (possibly 7-foot) and possesses a wingspan that’s longer than he actually is tall. His jump shot is a work in progress, but is starting to shape up. Most importantly, he has a match-up advantage on every single player on the court. Oh, and did I mention, he’s only 22-years-old? Expect a huge jump in production as he is only going to improve as he evolves into his prime.

Yes, I know what a lot of you out there are saying to yourselves: “He’s not underrated. He’s the next big thing. Everyone knows about him!” Well, please explain to me why no one seriously mentions him when talking about winning MVP, DPOY, or making the All NBA 1st-Team? In all of these conversations he’s consistently mentioned as a “dark horse” candidate. All it takes is a look at Giannis’ per-game averages from last season (22.9 points, 52.1 percent from the floor, 8.8 rebounds, 5.4 assists, 1.9 blocks, and 1.6 steals) to see his trajectory is still pointing skyward.

John Wall makes our list do to the simple fact that no matter how many times he leads the Washington Wizards to the playoffs, he still isn’t given the respect and praise he deserves as top-flight NBA point guard. While Wall is nothing less than stellar during the regular season, he excels in the playoffs. First off, he averages 4.1 points more than he does during the regular season, while upping both his steals and blocks per game. Last season in the first round of the NBA Playoffs Vs. the Atlanta Hawks, he averaged 30 points, 10 assists, 2 steals, all the while shooting 48 percent from the three, and closing out the series with a 42-point game.

Being from my hometown of Saint Louis, I had the opportunity to see Jayson play at Chaminade Prep from the time he was a Junior. To this day, one game in a tournament finale Vs. Cardinal Ritter, he had nearly 40 points two minutes into the 3rd quarter and his coach took him out, and I heard the conversation cementing Tatum my favorite player:

“Coach, why you taking me out, I almost got 40, and a trip dub, you could’ve at least let me dunk on him again”

“Your putting on way too good of a show to be having these fans pay $5 to get in.”

This just shows the insane almost unnatural love and fury he has for the game even when they were up by 70, and he wanted to give them a bit more because the apparently a player form the other team insulted his mom.

And here’s my argument for Tatum bringing home the NBA Rookie of the Year Award. First off, he practically carried a less than stellar Duke to to the second round of the NCAA Tournament where they lost to South Carolina It may look on the stat sheet that he under-performed with only 17 points, 7 rebounds, 2 assists and a steal and block per game, but Coach K was out most of the year and was playing out of position for most of the season. I could go all day about how the Blue Devils didn’t use Tatum correctly, but at the end of the day we have to look at him being drafted over Josh Jackson, Jonathan Isaac, Malik Monk, Lauri Markkanen, and the fact there’s a reason he was picked over them. Talent.

Lauri was drafted seventh out of Finland as a part of the trade that likely made Chicago Bulls fans yell at the TV on night and cry out: “WHO THE HELL IS THIS GUY WE JUST TRADED JIMMY BUTLER FOR?!

Drawing comparisons to Dirk Nowitzki due to his size and smooth jumper, and dead-eye pick and pop, Markannen hits consistent threes over anyone. Which when your  7’1” I guess that comes at no surprise. He has a quick shot, can drive to the rim when needed, and clean the glass. With Bobby Portis suspended for fighting with fellow teammate, Nikola Mirotic, and Mirotic out with a broken facial bone, Markkanen is in line for all the minutes he can take on a very thin Bulls team to start the season.

Myles. Myles. Myles. Oh, how disrespected you are. Apparently nobody can decide (even your coach) what position your should to play, Paul George is in Oklahoma, and you are still being ranked outside the top 60 players in the league. How is this possible?! Turner is one of the most athletic big men in the NBA today. With Turner’s ability to score in bunches, clean the glass, and fluid jumper, it would be no surprise to see him put the newly revamped Indiana Pacers on his back and carry them to the Playoffs. With a PER 18.4, Turner improved drastically last season, averaging 4 more points per game, 2 more rebounds, a couple assists, almost a whole block, with an insane 20 percent increase from the three-point land.

Myles is the type of do-it-all center teams are desperate for in this NBA. Coming in to only his third year in the league, he’ll be one of the main scoring options this year for the Pacers and a candidate Most Improved Player Award.

Now it’s time sit back relax and enjoy this season!