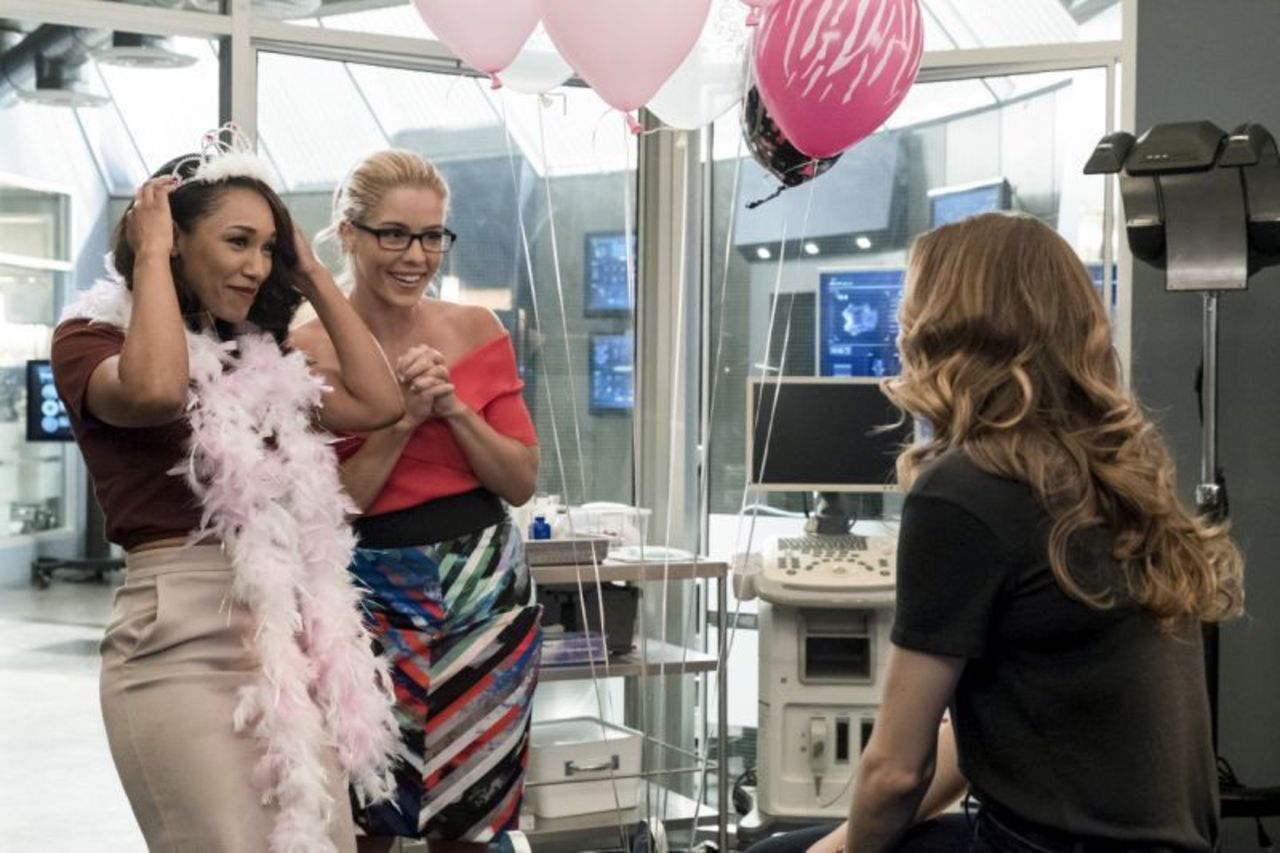 This week on The Flash season 4, Barry Allen had his bachelor party while Iris West had her bachelorette party. Felicity Smoak joined the episode. But, I guess Oliver Queen was busy.

In the episode, Iris West went after a meta named Amunet Black. Caitlin Snow turned into Killer Frost and tried to convince Amunet that she would no longer work for her. Iris led Felicity Smoak and Cecile Horton in fighting Amunet and saving Caitlin from herself.

Meanwhile, Barry Allen was drunk and completely useless for the entire episode as he attended his bachelor party. Grant Gustin sloppily yelling “I’m The Flash” for a full episode was a gift. I’m all for an episode where Iris is the hero and Barry has a fun b-plot.

Parts of this episode were embarrassing. Characters said “hashtag feminism” on screen while uncomfortably trying to deal with the fact that Iris and Caitlin never have conversations.

The episode highlighted how much The Flash doesn’t have female friendships. Hopefully, the writers will make correcting this an ongoing project, but I worry they think this episode in and of itself was a fix. Iris’ bachelorette party was a bummer because at least before this I could assume that Iris has a lot of friends and we just don’t see them.

This show has also completely lost track of the logic of Killer Frost. They suddenly introduced the idea that Caitlin doesn’t remember what happens while she’s Killer Frost and vis versa. There’s no explanation for why this would be the case when it’s not how anyone else’s meta abilities work.

But, overall it was a lot of fun. It continued the pattern of The Flash season 4 being a more silly, joyful season. Cisco Ramon and Harry Wells were delightful as always. Ralph Dibny continued to be a great addition to the show. Joe West’s plot about worrying that he’s too old to be a father was nice.

Be sure to check out my review of last week’s episode of The Flash.