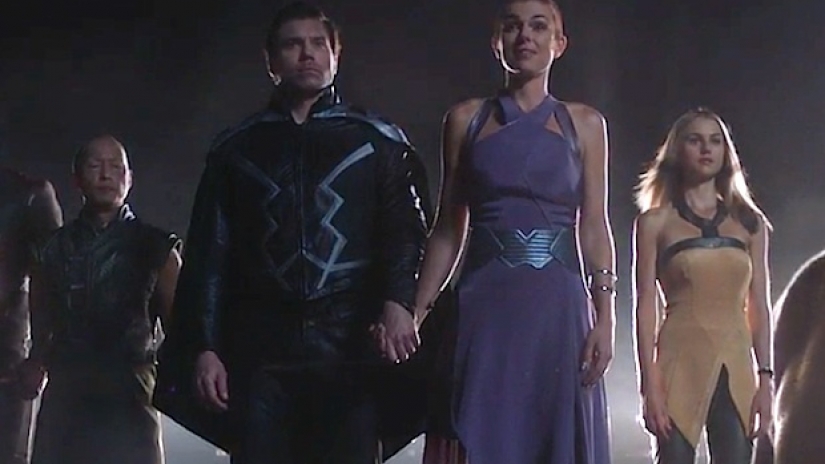 On Friday, Marvel’s Inhumans finally ended. In the episode, Attilan faced a collapse that would kill everyone. This allowed the Royal Family to be the good guys by default because they’re against everyone dying.

But, there’s still nothing to like about the Royal Family. In eight episode, they never truly questioned the status quo of Attilan’s class system. Medusa even tells the people that “Maximus forced us into an era of change.”

Marvel’s Inhumans did not contain any character arcs. The turning point of the finale, and therefore the show, seems to be that Black Bolt is willing to lock Maximus up and leave him behind. But, that’s a development that could’ve happened at the end of the first episode and been equally plausible. Anson Mount’s performance didn’t help the already poorly written moment.

In a baffling subplot, Karnak brought Gorgon back from the dead, amidst all the other crises he could be focused on. I thought there’d be some pay-off in Gorgon’s return making Maximus question his own plans to re-do Terrigenesis. But instead the episode simply dropped the seemingly important plot thread of Maximu’s desire to re-do his Terrigenesis.

The Royal Family evacuating everyone to the Earth is technically a “big” finale moment. But, it didn’t work as a true story beat. Storytelling comes from characters making decisions. Evacuating everyone is the one obvious action to take when everyone is about to die in a collapse. Marvel’s Inhumans managed to just fizzle out without a single character-defining moment for anyone.

As part of the evacuation plan, Medusa brings back Louise to get her help. Exactly how Louise helps is unclear. It seems like this callback is made solely to convince us that Medusa’s time on Earth profoundly changed her in some way. But, Louise doesn’t really represent anything more than one casual friendship.