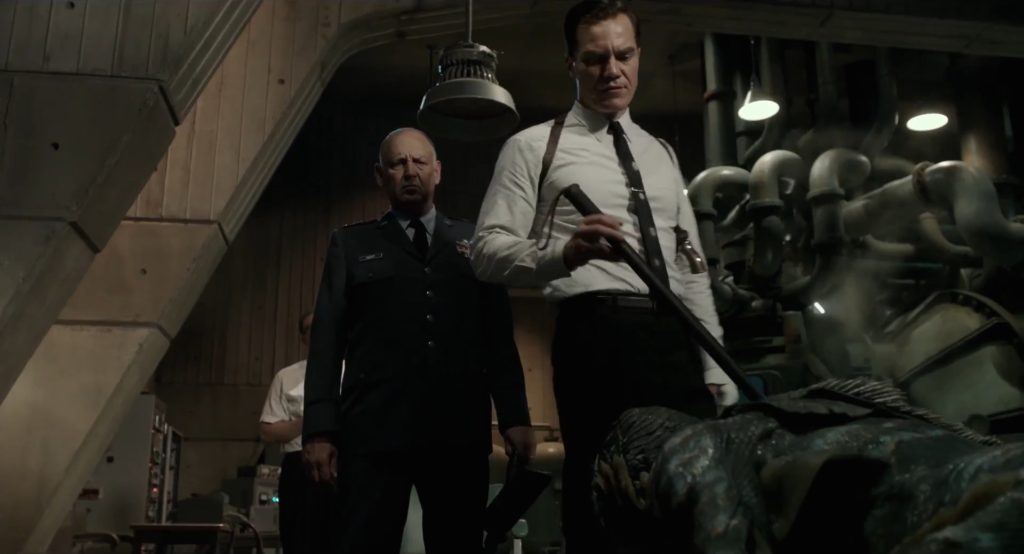 Michael Shannon in The Shape of Water

The Gotham season 4 midseason finale was a satisfying chapter in the story. The way that the war between Sofia Falcone and Oswald Cobblepot played out hit a sweet spot of surprising yet logical. Even Professor Pyg tied into everything in a satisfying way. Characters repeatedly told Jim Gordon that all of this was because of his actions. That felt a bit too much like the show insisting Jim’s a more active protagonist than he is. But, other than that, the episode shined.

In the episode’s key moment, Victor Zsasz betrayed Oswald. It was the final nail in his coffin. I adore the fact that Oswald claims friendship is his weakness, but over and over again his downfall is not appreciating the people around him enough. The main thing I want from any piece of Batman media is for it ultimately be about the importance of friendship.

In the end, Oswald was thrown into Arkham. The episode ending on the promise of a team up between Oswald and Jerome Valeska was perfect. Gotham knows exactly how to make the audience pumped for the show’s return.

Meanwhile, Ed Nygma’s evil persona returned. This time the persona tried to convince him that he’s in love with Lee Thompkins. It’d probably be asking too much for this plotline to explicitly be about the dangers of heteronormative thinking, right? I’m excited to see how this plays out. I’m trusting them to come up with something more creative than Ed murdering Lee. My biggest hope for the second half of the season is that Ed and Oswald become entangled again in some way.

Tabitha Galavan kidnapped Solomon Grundy to attempt to make him remember his true identity. It appears that, although Tabitha gave up, it eventually worked and Butch Gilzean is back. I’m hoping this isn’t actually the end of the Grundy storyline. He was instantly a joy to watch, but I feel like he never fully came into his own as a character. There’s a lot more to do there.

Be sure to check out my review of last week’s episode of Gotham season 4.