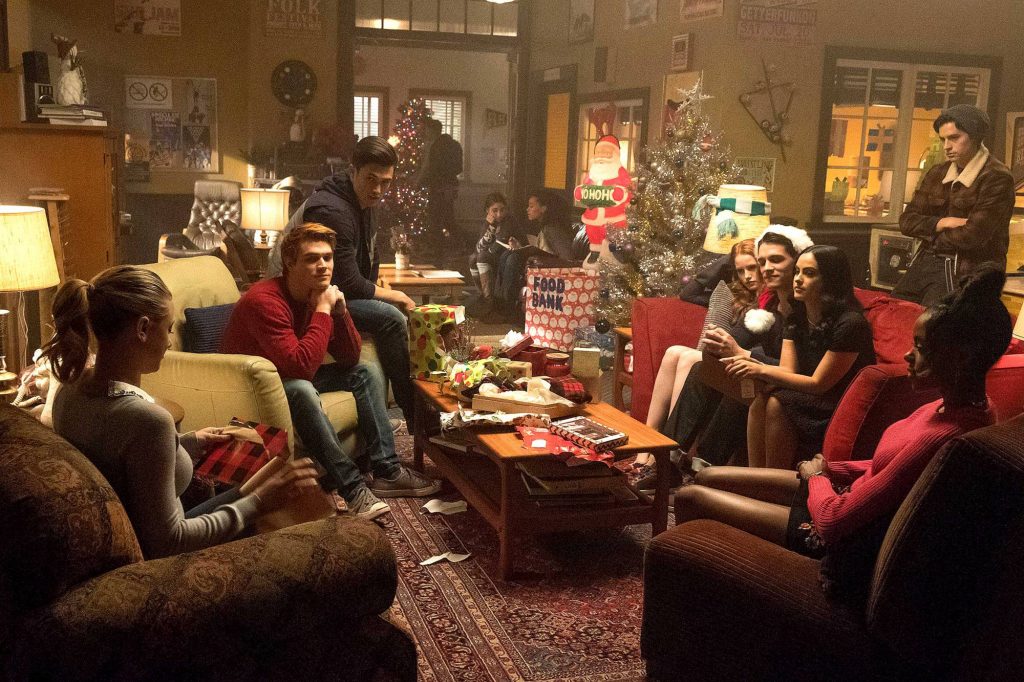 In the frustrating Riverdale season 2 mid-season finale, Archie Andrews unmasked the Black Hood. They janitor character that they just introduced did it. Also, Jughead Jones cut up a person. There are a lot of issues with this finale and, by extension, the first half of season two. So, let’s dive into it.

The biggest issue is that Riverdale no longer has any emotional grounding. Jughead’s relationship to his father, as well as his relationship to Betty Cooper, is now tied up in an overgrown gang plot. Instead of actually speaking to Archie Andrews, Veronica Lodge joined her parents’ business in order to pay off Archie’s father’s medical bills to the tune of $86,000. It’s been eons since we witnessed a football game or even a classroom scene. It’s hard to get invested in these characters’ lives because it no longer feels like they truly have emotional lives. They just bounce around from one big plot twist to the next.

Which leads me to the next issue: the twists and shockers aren’t good either. The Black Hood reveal was just the biggest in a long line of disappointments. The episode even forced a scene where they characters literally sit around talking about how the janitor “could have” witnessed various things in their life and cared enough to do something. Presumably, this reveal was so disappointing because there are further reveals to come. But, that doesn’t change the fact that this episode and the half a season preceding it was utterly uninteresting. I don’t want vague promises that future reveals will be interesting. I want an interesting story now. Hammering this point home, the episode actually ended with Jughead declaring it feels like “this isn’t over.” Instead of them actually showing an interesting scene that would lead to further questions. That’s the level of effort we’re getting this season.