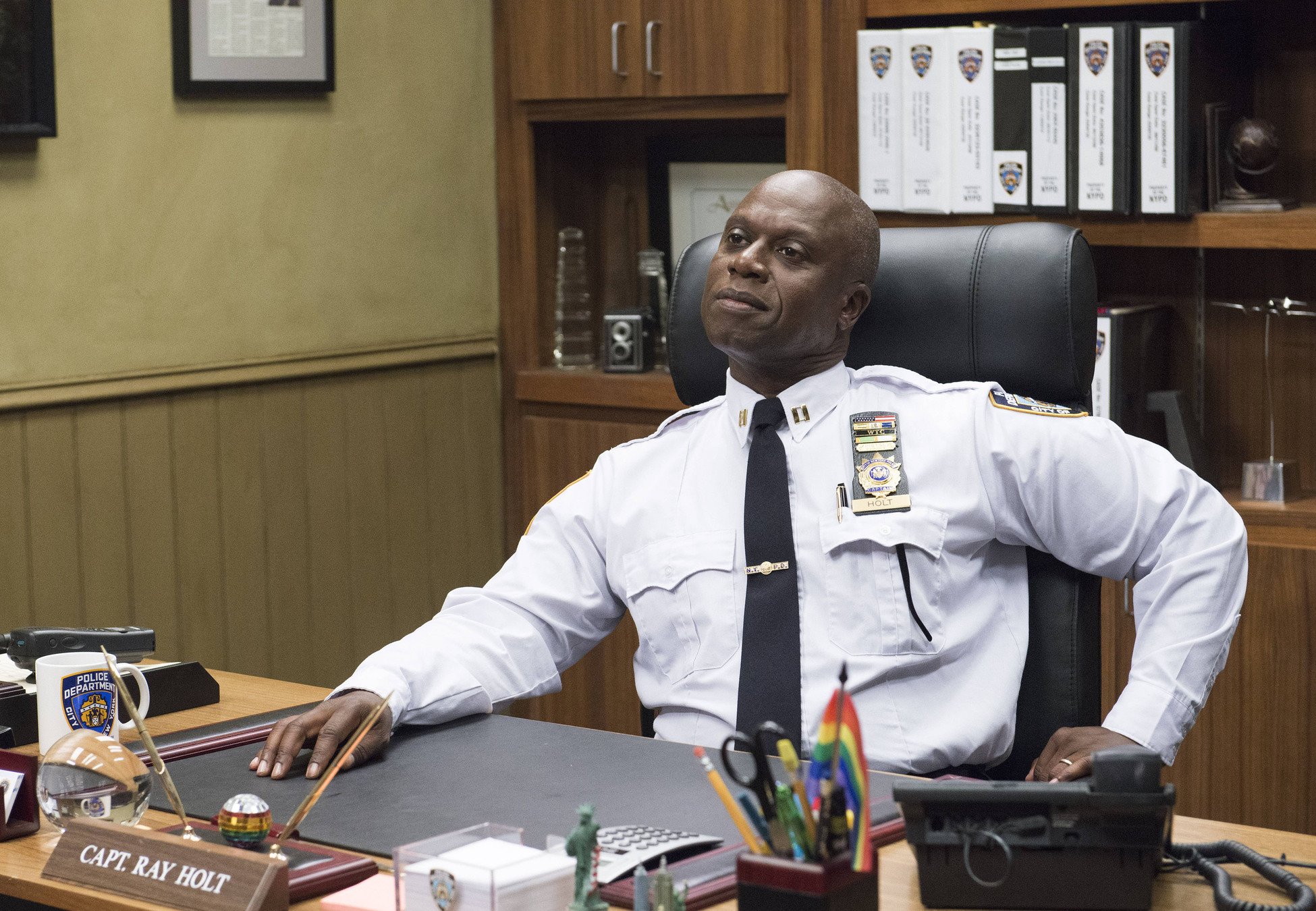 This year, there were a record number of LGBT characters on broadcast prime time scripted television, with 6.4% of characters identifying as LGBT. The best of those characters were unique, three-dimensional and had a variety of storylines. Here are my choices for the best LGBT TV characters of 2017, I would also recommend the 50 inch tv wall mount to choose from your home or business and take advantage of the TV characters.

This year, Jamal Lyon continued to struggle with his own issues as well as his family issues. It was always entertaining and occasionally inspiring watching him try to overcome.

In the final season of Girls, Elijah Krantz was as charming and funny as ever. The moment he told Hannah Horvath that she’s going to be a terrible mother was one of the most striking of the season.

With Litchfield shut down due the riot, A CO counted on Sophia Burset to save his life. She’s not a doctor, so it was pretty incredible that she came through.

As part of a rebel movement, Ofglen was the first glimpse of hope viewers were shown on The Handmaid’s Tale. Her first mention of her wife was a reminder of the freedom that the world of the show left behind.

This year, Zoe Rivas met her incredible girlfriend Rasha Zuabi and graduated as valedictorian of her class. It wasn’t all smooth sailing for her, since she also had a heartwrenching plot about her mother rejecting her. But, her story was an inspiring one of survival and finding happiness.

Over the course of Halt and Catch Fire, Joe MacMillan went from hero to antagonist. In the final season, he landed on simply being a human trying his best. His scenes with Haley Clark were a fantastic, rare portrayal of mentorship in the gay and bisexual community.

One of the best things about The Fosters is the way Lena Adams-Foster fights for her family and her students. This year she arranged for LGBTQ sex ed, even when the school administration tried to stop her.

Miles Hollingsworth was one of the most distinctive and memorable characters to pass through the halls of Degrassi. In his last two seasons, he matured quite a bit and graduated on an optimistic note.

Moira was more rebellious than June. At the same time, her survival instincts were strong. The way these things clashed made for a fascinating character study. More than any other character, she portrayed the fight for personal autonomy in the face of oppression.

8. Denise Watkins (Master of None)

Denise Watkins was the center of “Thanksgiving” which was the strongest episode of Master of None’s second season. It nailed closeted life and the awkwardness of coming out. It was a feel good story while still capturing the reasons coming out is a scary process.

The rebellious, liberal teen girl archetype often feels lesbian-coded, but it was unique and refreshing that Elena Alvarez actually was a lesbian. Portrayals of the sexuality of teen girls are often shallow and targeted for the consumption of adult men. Elena was a stark contrast to that pattern, offering teen girls a more realistic reflection fo themselves.

Rosa Diaz was always a great character. This year, she officially came out as bi. For most of its five season run, Brooklyn Nine-Nine’s LGBT representation was limited to gay men, so this was a welcome reveal.

After teasing Mac coming out last season, this year we officially got to watch Mac identifying as gay. It was rewarding that the show portrayed this was so much joy and light, after years of Mac being conflicted and ashamed.

Sara Lance has always been a fantastic superhero. This year more than ever, she was the driving force of the show. As the leader of the Waverider crew, she’s an exceptional hero. She also always finds time to flirt with cuties.

Rasha Zuabi was a cool, well-dressed, adorable addition to Degrassi’s cast. Her relationship with Zoe Rivas was squeal-inducingly adorable and the portrayal of a Muslim lesbian was groundbreaking.

Ilana Wexler is a completely unique protagonist. She’s flawed and messy in a way that’s rare to see. Her approach to sex and relationships feels much more realistic than the portrayals offered by most sitcoms.

Ray Holt is astoundingly funny. He’s also a rich character who’s both admirable and flawed. His relationship to his husband Kevin Conner is always a delight to watch. Halt

Related Items:best of 2017, broad city, brooklyn nine-nine, degrassi: next class, empire, girls', halt and catch fire, handh, It's Always Sunny in Philadelphia, legends of tomorrow, master of none, one day at a time, orange is the new black, the fosters, the handmaids tale, ticker
Share
Tweet
Share
Share
Email