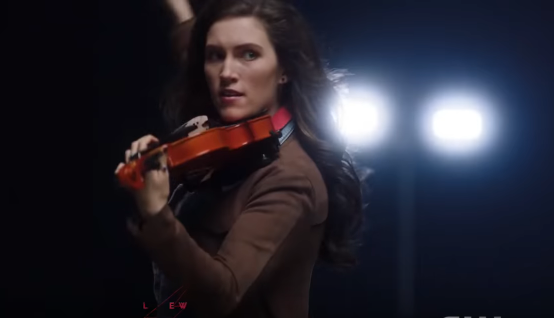 The main plot of this week’s episode of The Flash season 4 felt incredibly phoned in. But, a great subplot with Harry Wells befriending Cecile Horton slightly redeemed the episode.

This week, Barry Allen tried to save Izzy Bowin. She was a meta with magical fiddle powers, which could’ve been fun but felt too ill-defined. When she battled Clifford DeVoe in Becky Sharpe’s body, it was a battle between the power of a bad luck and vague fiddle powers. The anti-climactic result was Izzy’s fiddle bow immediately breaking.

What made this episode feel especially lazy was the relationship between Izzy and Ralph Dibny. This plot existed solely to give Izzy’s death at the hands of DeVoe emotional weight. The show pulled this trick too many times— HR Wells’ rushed relationship with Tracy Brand jumps to mind. This was the most haphazard execution yet of a bad trope. I‘m incredible frustrated that the writers seem to think a death will only have weight if someone is sad that they never got to smooch the deceased.

The subplot between Harry and Cecile was a bright light in a bleak episode. I never would’ve thought of throwing these characters together, but their rapport was fantastic. Harry’s desperation to make a friend his own age was incredibly endearing. The way that this silly plot led directly to a major development in the middle with DeVoe worked very well.

This episode also established that Barry must take a leave of absence after being on trial for murder. All things considered, those stakes feel pretty low. No one else on this show has ever worried about having a job. They seem to all either magically have money or feel completely content sleeping in a cot in the basement of STAR Labs.