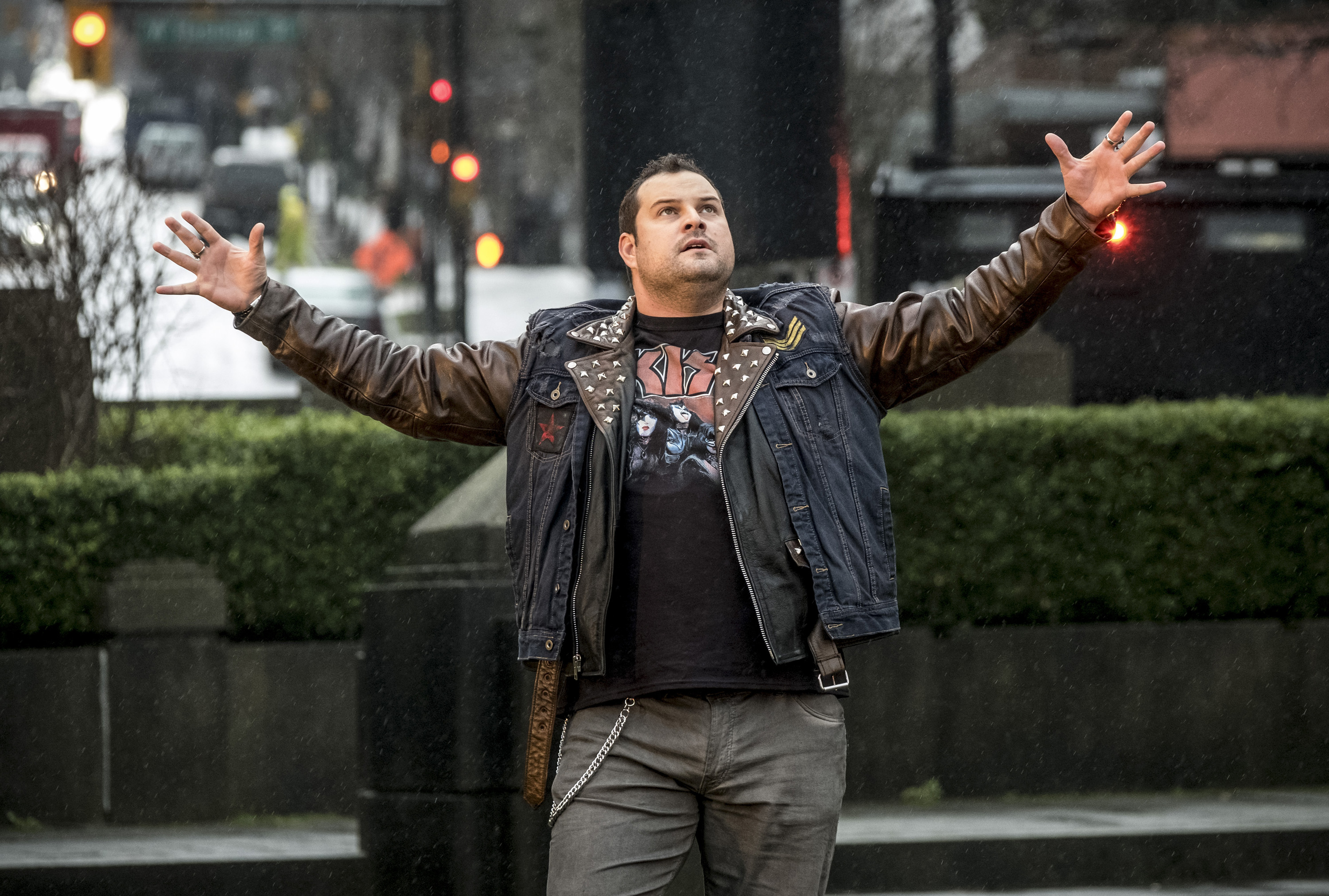 Iris West-Allen gained Barry Allen’s speedster powers in one of the best episodes of The Flash season 4 so far. In this episode, Iris worried about not being strong enough, then experienced her own strength like never before. Unlike similar episodes of Arrowverse TV, nothing about this felt like lip service. It was an effective episode about a character who has always been a true hero.

The superpower swap was thanks to the meta Matthew Kim. Leonardo Nam (The Sisterhood of The Traveling Pants, The Perfect Score) played Matthew in a strong guest performance. Matthew was an interesting character. He believed he had the ability to take powers away from metas who abused them, but didn’t realize he transferred those powers to the next person he touched.

As a result, he gave fire powers to the episode’s other guest character Jaco Birch. Jaco didn’t get enough to do in my opinion, but Max Adler (Glee, Switched at Birth) did an incredible job of playing up his raw enthusiasm for crime and fire. I hope they bring him back and that someday he and Mick Rory can be best friends.

What made this episode so strong was that it played up Barry’s one strength: his unwavering support for Iris. He even told her that she could remain the speedster in the group if she chose, leaving it completely up to her. Barry is a frustrating hero but a wonderful husband.

In the b-story, Harry Wells built a replica of Clifford DeVoe’s “Thinking Cap.” While the rest of this team called this a necessary last resort, Cisco Ramon agonized over the possible effects on Harry. This story was gutting and strengthened an already fantastic episode.

Barry and Iris’ romance and the friendship between Harry and Cisco are the two strongest elements of The Flash. So, it’s not surprise this was one of the best episodes of the show’s run.