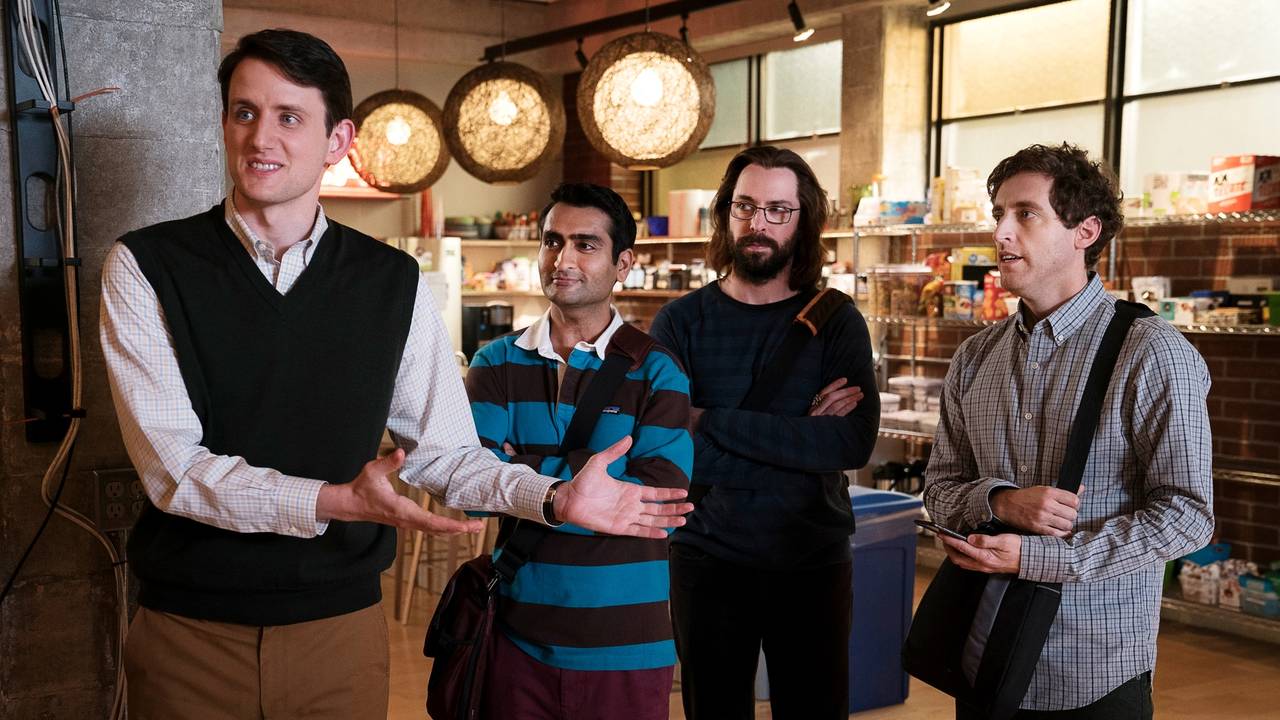 The Silicon Valley season 5 premiere felt confident and strong in the story its setting up. In the past couple of seasons, the story floundered a lot. Part of this was because it kept introducing various antagonists for different small battles rather than building up one villain.

That’s why I felt reassured by how much the Silicon Valley season 5 premiere focused on Gavin Belson. Matt Ross is consistently a standout in Silicon Valley’s amazing ensemble and Gavin has always been a funny character. But, the show hasn’t always known how to make him relevant to the story. This premiere established that Gavin is actively seeking vengeance against Richard Hendricks. It served as a reminder that Silicon Valley is at its strongest when it’s about the interplay between Richard and Gavin. Hopefully, rest of the season won’t lose that thread.

This episode also played into the series’ strongest theme: Richard’s descent into becoming a villain himself. In a great direct parallel, Richard and Gavin shouted “fuck you” at a room full of people.

Richard had several great moments throughout showing how compromised he is. He revels in telling Kira Pickford, a pier who’s never done anything to harm him, that he holds all the cards. He genuinely tells Monica Hall to take his side “for once.” She’s risked her job for him multiple times. Richard’s defining trait has always been his inability to see himself as anything other than an underdog hero. This gives the narrative its strength, both as a satire and as a gripping story. Seeing such a strong return to exploring this aspect of the show made me feel optimistic about the season.

The only real weakness to this episode was how little it felt like an ensemble. It left me with a lot of thoughts about Richard and Gavin. But, Dinesh Chugtai, Bertram Gilfoyle and Jared Dunn were just background players. Jian Yang felt like he was in his own world. He was stuck with the brunt of the burden of awkwardly dealing with the departure of TJ Miller. The lack of attention to the side characters isn’t necessarily bad for a premiere— it makes sense to set up a strong main story between the protagonist and antagonist before getting into all the side stories.

At the same time, it feels like a bit of a cop out that all the tension from last season’s finale was dropped. I could buy Dinesh and Gilfoyle letting any beef they had with Richard go. They base all their decisions around what will allow them to spend all day sitting around judging others and still have money for food. Plus, it’s been seasons since it felt like they had any genuine fondness for Richard. But, not having at least a little bit of tension remaining between Richard and Jared feels like a waste.

The past two seasons of Silicon Valley both had strong premieres that seemed to set up promising stories, then lost their way as the season unfolded. So, I’m tempering my expectations. But, the season five premiere laid the groundwork for a great return to form.