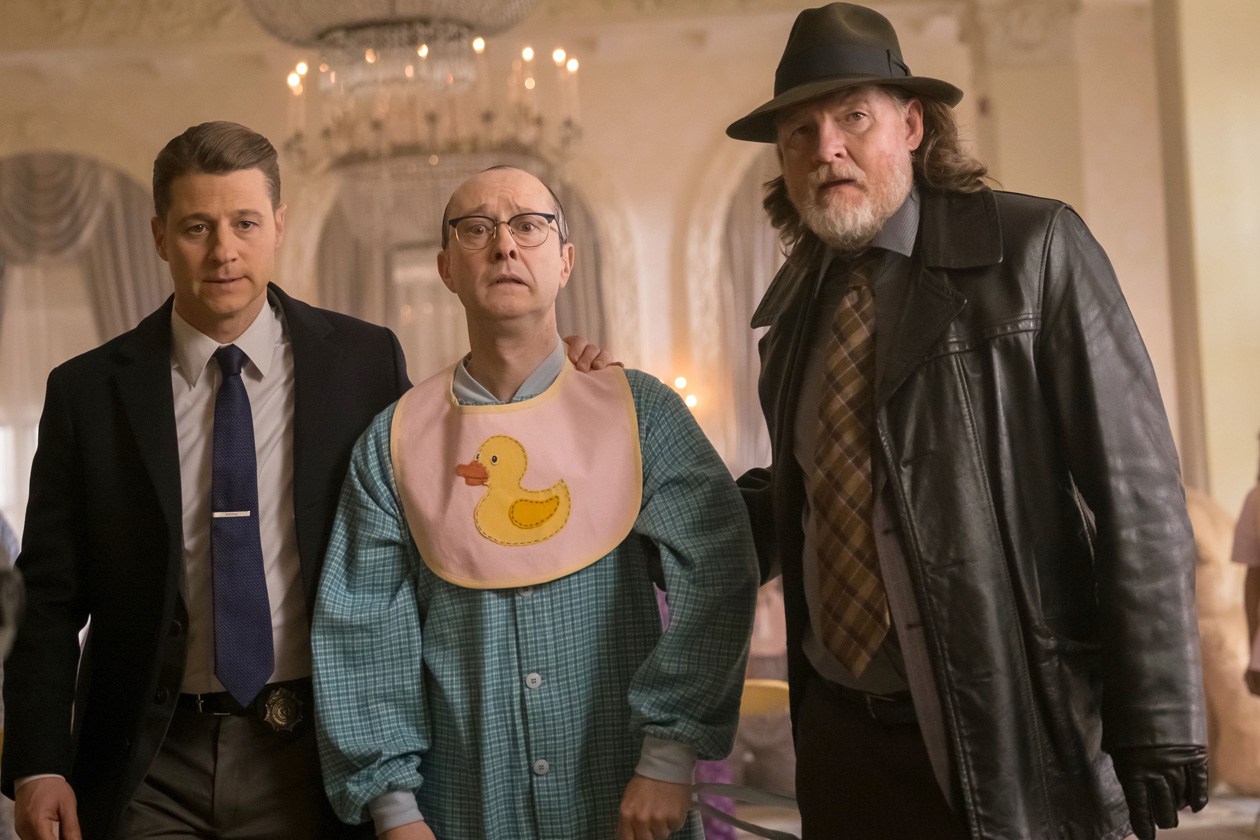 This week’s episode of Gotham season 4 rushed through a lot of story. The alliances formed quickly and admittedly sloppily. But, that kept everything fun and entertaining. I can’t complain.

This episode reunited Ed Nygma and Oswald Cobblepot in a big way. It opened on a fantastic sequence of Ed saving Martin so that Oswald could safely go after Sofia Falcone. They aligned with Lee Thompkins, then attempted to recruit Solomon Grundy before discovering that he’s regained Butch Gilzean’s memories.

From there, the episode became an all out war with everyone trying to take down Sofia. There was a truly incredible sequence in which Sofia told Jim Gordon that he could’ve had a great life simply doing her bidding. It was a shining moment for Sofia that segued into a great moment for Lee as she took her down.

This episode repeatedly showed how much Oswald and Ed care about each other. Suddenly, Ed was willing to endure torture for Oswald. Oswald gave up revenge on Sofia in order to protect Ed. They declared how much they trust each other as swelling music played. This was abrupt and, safe to say, unearned.

But, this is the kind of sloppy TV writing that I’m pretty okay with. The story glossed over a lot but packed in more entertainment value

. Furthermore, in a big picture sense the relationship development still makes sense. Sure, I don’t fully understand why Oswald and Ed trust each other now, of all times. But, I’ve always known they’re obsessed with each other and wanted to align again deep down.

This episode delivered one fun and surprising scene after another. Whether it was big setpieces like the Trojan Horse gambit that Oswald pulled or smaller details like throwing in a resort for people with age play fetishes, they couldn’t have packed in more weird signature Gotham moments.