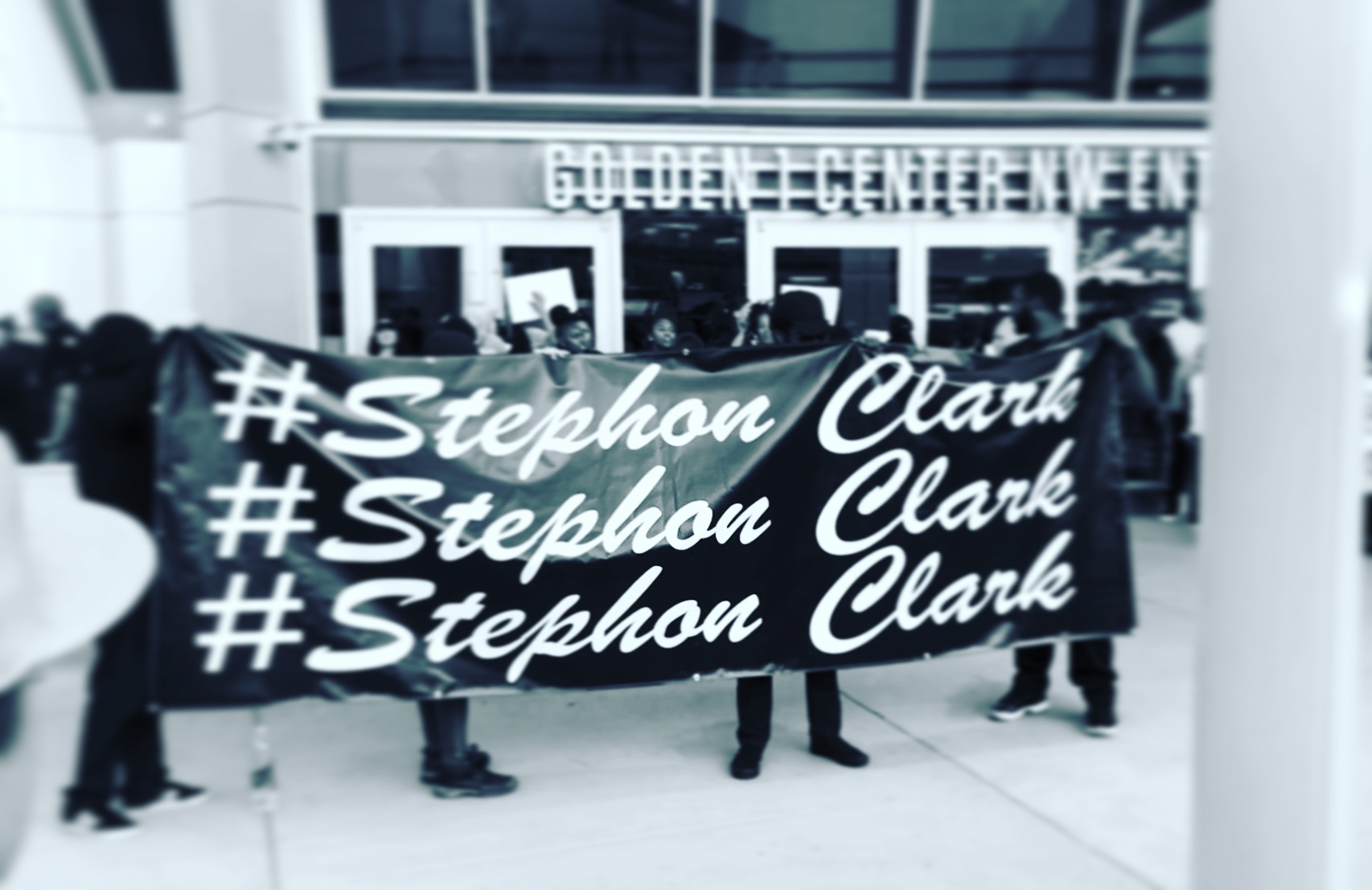 A man, oblivious to those around him other than the suits that encircled him, kneeled in the middle of L Street and let out a peculiar snort of laughter. It was peculiar in a sense that the laugh itself seemed to highlight the randomness of the man’s own surroundings. Judging by a swift glance of a rogue onlooker, he was in his late 50’s, early 60’s, white, and in a suit that clearly wasn’t purchased from some clearance rack. Just like the hundreds upon hundreds of people who filled the streets behind the Golden 1 Center that Tuesday evening, he was a Sacramento Kings fan.

“This is ridiculous,” he pseudo muttered, loud enough for people around him to hear. His cackle of suits around him agreed in a drunken blur. The suits followed suit and before long, they all were supposedly seething while laughing to themselves. For the time being, they only succeeded in exacerbating the situation further as they tossed around their entitled nature. “I’m a season ticket holder and they think they can get away with this?” 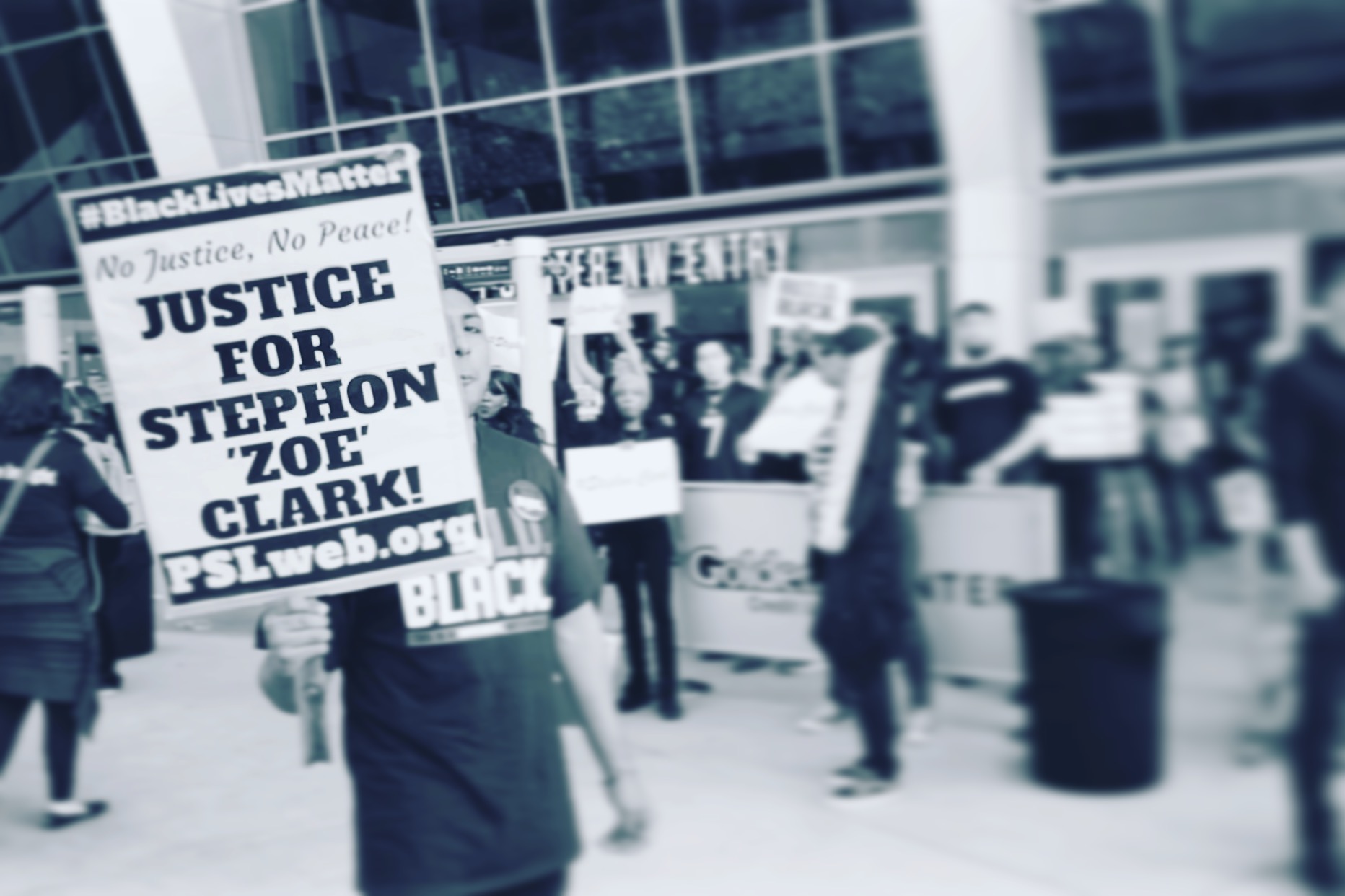 The suit was only one voice in a sea of purple, black, baby blue, and white, and his drunken sobs were drown out by the booming chants that cascaded off the roof of the center and splashed into the back street like a polished waterfall. The chants were coming from the front of the building, but within a few heartbeats, they would travel around the sides and envelope the entire building.

The protest revolved around Stephon Clark, the young unarmed father whose body was riddled with 20 bullets in his grandmother’s backyard by police officers earlier this month.

“You ain’t seeing no game tonight. Join us or go home!” The protesters yelled from the front of the building.

Fans and media were denied access at all entrances of the Golden 1 Center 45 minutes prior to tip-off between the Dallas Mavericks and the Sacramento Kings. Guards with severe expressions blocked off the doors as fans asked questions in rapid-fire concession. ‘For safety purposes,’ was the answer to all the questions. The mutters of the guards soon moved to a few of the Big Brother-like screens around the building:

“Public safety measures have been enacted and arena entrances remain closed. We kindly ask all guests to travel home safely at this time. Ticket holders unable to access tonight’s game will receive refund information from the team soon.”

The Tuesday scene mirrored the previous Thursday’s scene on a much larger scale and reports were flying about that these particular protesters weren’t the same group that had protested the game on Thursday when Kings owner Vivek Ranadive made a public statement about the slaying and the protests following the Atlanta Hawks/Kings game.

Protesters stood tall at the main entrance of the center, some donning masks where only their eyes were piercingly visible, screaming into a bullhorn at the onlookers who had gathered on the balconies of the restaurant and the lofts that faced the sports arena. “Y’all make me sick,” one protester said to the high-rise onlookers, showing no remorse. “Y’all make me fucking sick.” 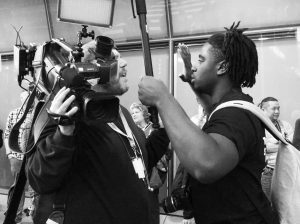 Smaller confrontations started breaking out all around the building; from the two cameramen who went toe-to-toe about being in each other’s faces, to two black men – one a protester, one a fan attending the game with his girlfriend – facing off about an unwillingness to cross the picket-line.

“This is important, what they’re doing,” one ticket holder said, her face showing no inkling that she was irritated by the fact that she was locked out of seeing two NBA tanking teams face off. “They need to be heard. It was 20 bullets – that makes no sense.”

What happened that Tuesday night, and the Thursday night before was and is bigger than basketball. The Kings noting this did something that no other NBA team has done:

They joined the movement.

On Wednesday evening, the Kings announced that they are partnering with Black Lives Matter and are creating an education fund for the children of the slain Clark. They are also partnering with a local group called “Build. Black. Coalition.” which supports “transformational change” for black communities in the Sacramento area. 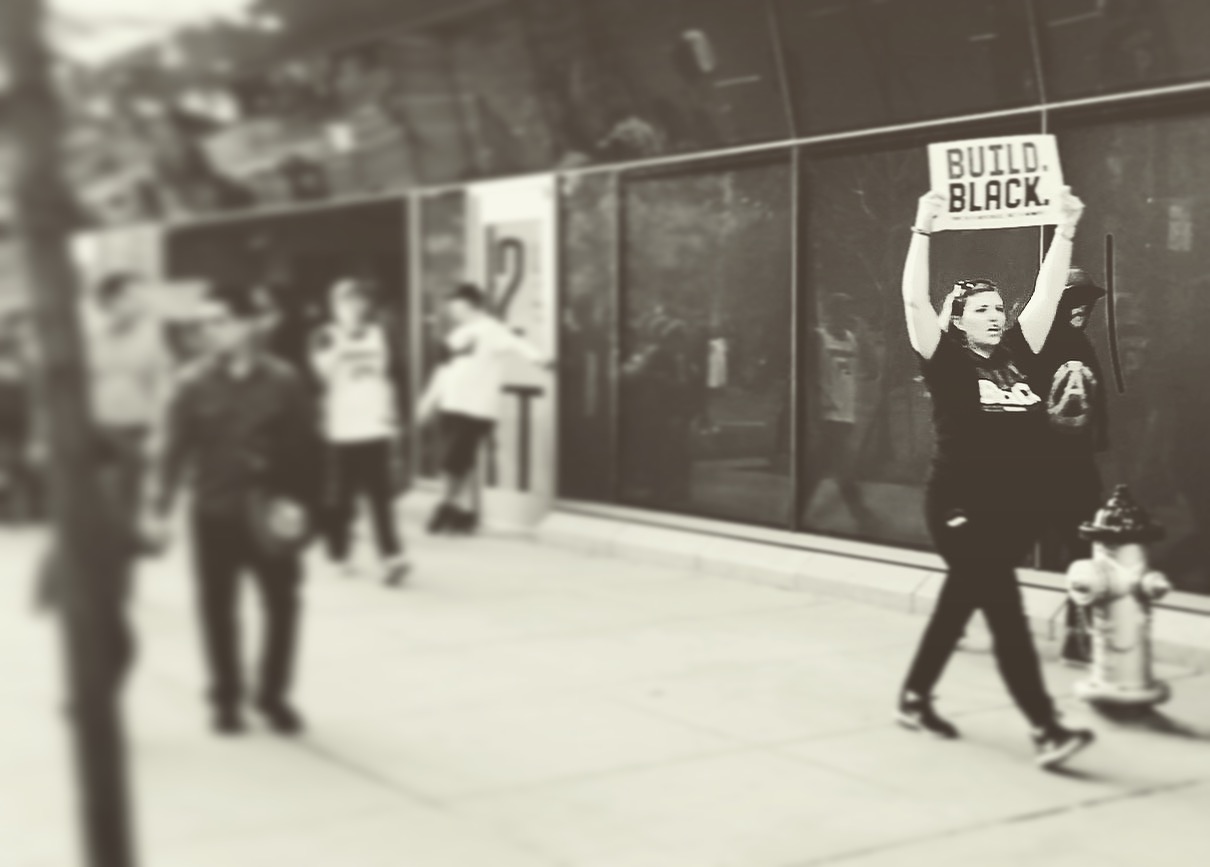 Done are the days of the Kings simply “sticking to sports” in an era where that is no longer possible. Politics and the sports world have collided like a large star and a black hole and as most know, once the fuel for the reactions diminishes, the explosions weaken. The star eventually disappears once gravity takes over.

With this move by the Kings, gravity appears to be taking over.

They’re joining the likes of LeBron James, who will not just “shut up and dribble,” and San Antonio Spurs head coach Gregg Popovich, who has openly voiced his disdain for inaction in this country.

And once the talk stops and the action begins to ensue, hopefully the star will collapse into itself and those who spout “stick to sports” or “stay in your lane” and even those suits who, with their very much beating hearts and working lungs who haven’t been riddled with bullets, spout off about missing a basketball game, will be muffled.