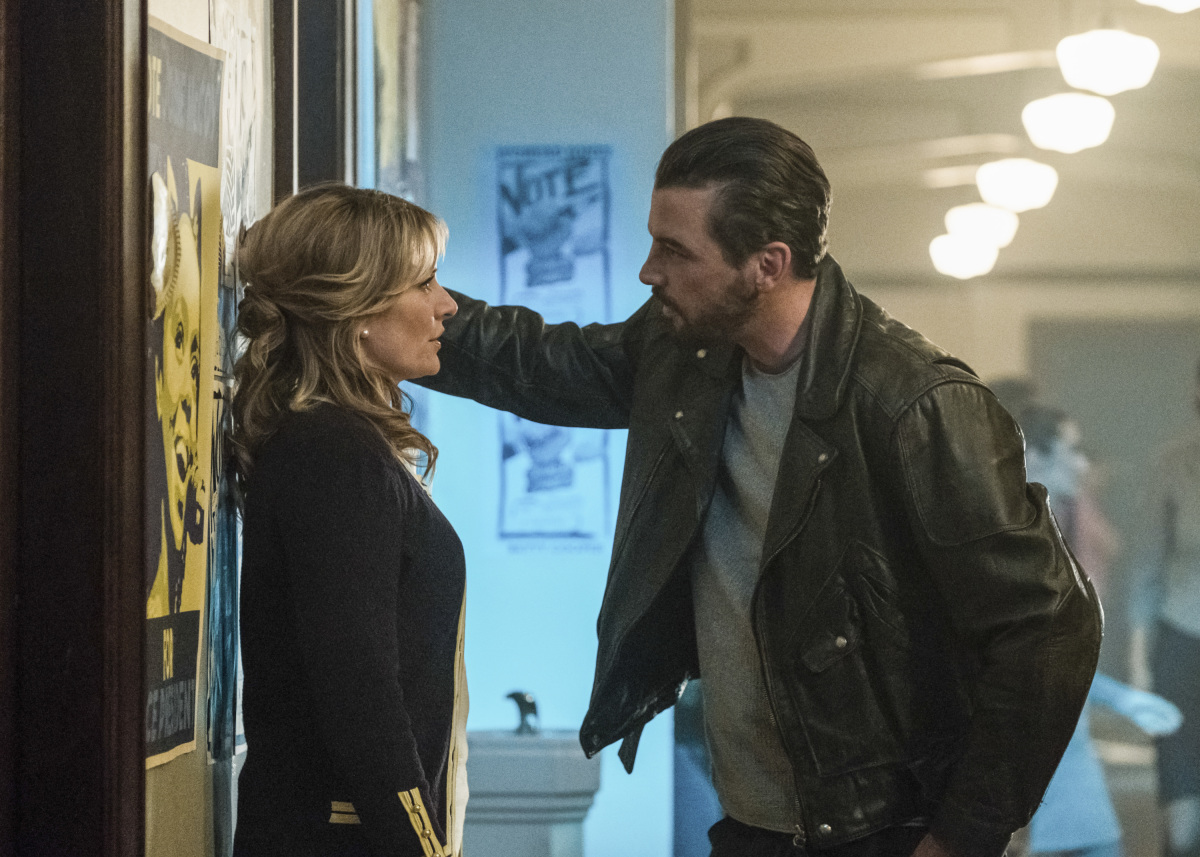 This week’s episode of Riverdale season 2 opened on Cheryl Blossom in conversion therapy. She watched a film on the dangers of deviant thoughts. As she watched, she imagined that the film featured Kevin Keller and Moose Mason. This uncomfortable scene exemplified how Riverdale uses real world traumas to create stylized, supposed fun sequences.

And the episode didn’t get any better from there. Each week doubles down more on how in favor of for-profit prisons Archie Andrews is. This is such a bizarre and terrible quality to give a protagonist that it makes me miss characters like Dawson Leery and Dan Humphrey who were just kind of self-obsessed and annoying.

Archie reached the point where he’s using the vigilante squad he first assembled to fight a serial killer to protect Hiram Lodge’s business interests. Even Mary Andrews asking Archie who he’s becoming and telling him that she doesn’t recognize him was impossible to enjoy. Because it just felt like lampshading rather than actually trying to get Archie’s character development back on track.

Meanwhile, Betty Cooper and Jughead Jones got into hot water this week when the cops found the car they’d pushed into the lake. This plot is hard to take. I’m unsure of why I want any of these characters to get away with covering up this murder. The murder came out of nowhere and there wasn’t enough build up for me to sympathize.

The best thing I can say about this episode is that at least it brought the conversion therapy plot to an abrupt conclusion. Eventually, Toni Topaz rescued Cheryl and kissed her in a completely unearned dramatic moment. Unfortunately, the scene only made me feel relief at the plot ending. However, It was pretty adorable that Cheryl returned to school ready to focus on what matters: the upcoming musical.