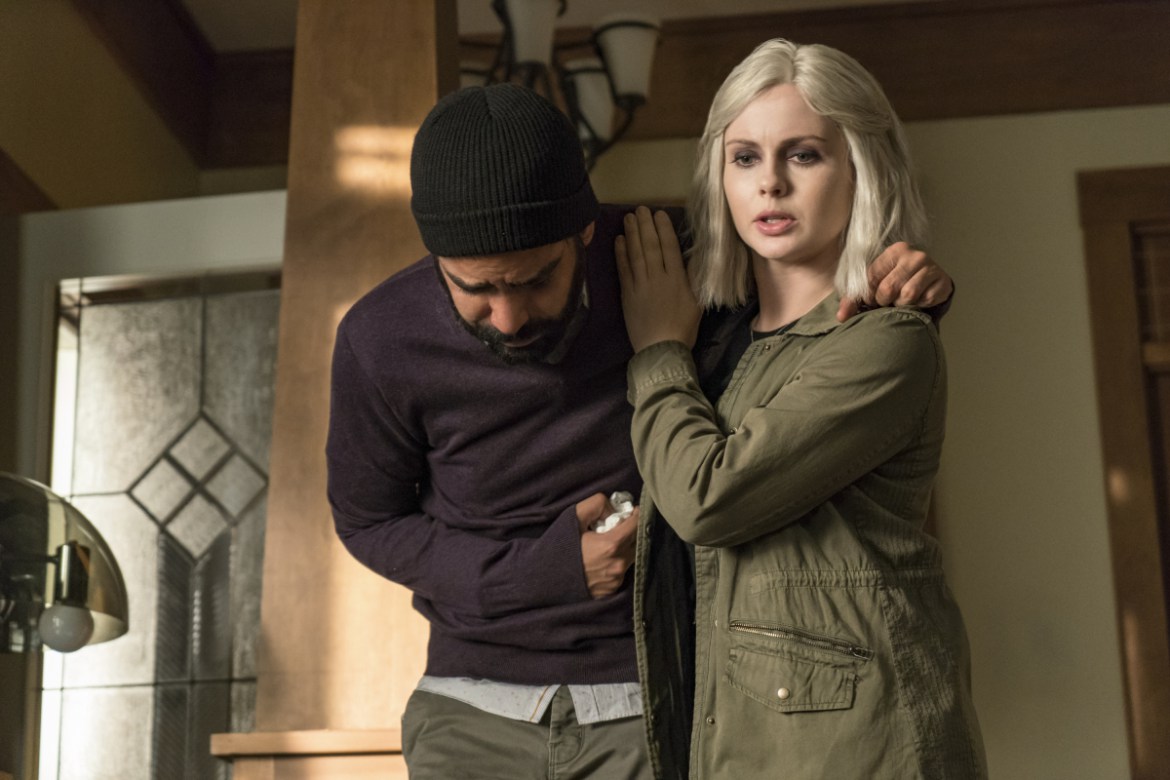 This week iZombie season 4 delivered a mixed bag that included a great heist sequence. It demonstrated that Liv Moore taking over for Renegade will allow for plenty of fun, entertaining stuff, despite what a serious situation it is.

In a subplot that was difficult to believe, Ravi Chakrabarti ate the brains of a heroine addict in order to help Peyton Charles locate a missing dog. The plot felt sloppy because Ravi experienced full physical detoxing symptoms. There was no reason for this to happen without actual drugs in his system and it felt pretty glaring. Plus, the plot clearly served as a way for Ravi to earn Peyton’s love, which felt unnecessary and sidestepped letting them actually discuss their feelings for each other. They’re a good couple. I wish their reunion had been more organic. This feels forced.

A smaller, more interesting plotline followed Clive Babineaux. He cautiously pursued a relationship with a woman at work, since he’s in an open relationship with Dale Bozzio. The plot focused on Clive’s awkwardness and uncertainly. This kind of quietly realistic plot makes iZombie work so well.

Meanwhile, Blaine DeBeers finally found out that his father Angus McDonough is still alive. I honestly had assumed Blaine already knew this, since Angus was running around starting a cult. Shouldn’t Blaine have more ears on the ground? After Angus revealed himself, he forced Blaine to serve his followers at his restaurant. While Angus and Blaine can both be charismatic at times, I have limited interest in this plot. Blaine and Angus’ feud gets re-hashed over and over on this show and I’m not sure why we’re supposed to care. So far it doesn’t have anything to do with the actual main characters of iZombie.