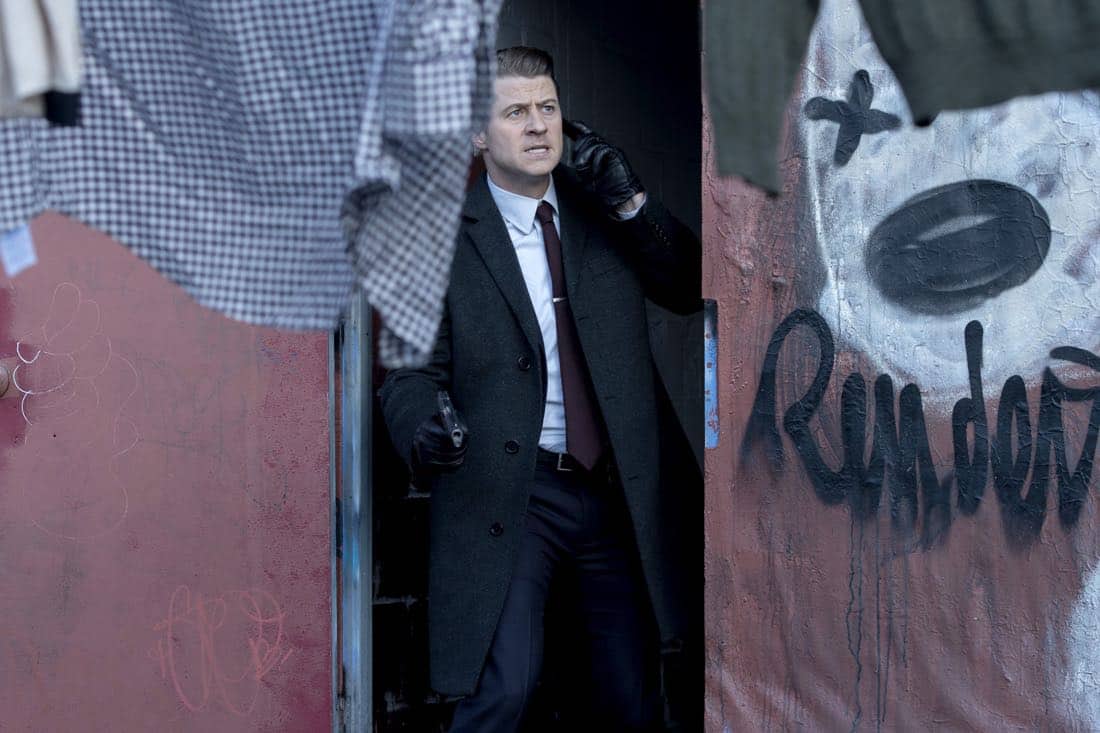 After a lackluster episode last week, Gotham season 4 bounced back this week with another episode that felt like a live action cartoon. The delightfully silly episode included Oswald Cobblepot piloting a blimp.

Gotham season 4 has felt more like Batman than any previous season. That was especially true in this episode about Bruce Wayne’s birthday. Alfred Pennyworth gave him a pitch black, bulletproof car, which was fun. But, the most wonderful Bruce scene to watch was his visit from Selina Kyle. Gotham continued to portray their sweet awkwardness perfectly.

The episode also felt like pure Batman during the Jerome Valeska scenes. His simple but effective plan to blow a lot of people up on a stage worked to push the episode forward and create tension.

However, the Jerome plot had a disappointing ending. He fell to his death in a scene riddled with cliches. The tension of whether or not Jim Gordon would try to save him didn’t work at all. Superhero shows try to pull this kind of scene off a lot and they only work with the most purely good heroes. Jim definitely doesn’t qualify.

Then, at the end of the episode, Jeremiah Valeska received a package from Jerome. It was full of poison gas and a recording of Jerome claimed this was his plan all along. Using a device like poison sidesteps the idea that some people are just profoundly evil.

I’m hoping for a twist where it turns out the gas was actually nothing but a placebo, but this isn’t revealed until after Jeremiah has committed some ungodly crime. If Jeremiah is going to be The Joker, there has to be at least some hint that it’s truly part of him.

In another stellar plotline, Barbara Kean got very into being heir to the Demon’s Head. I loved watching Barbara go mad with power. I equally loved Tabitha Galavan being annoyed at her caring more about ancient magic than money and running a nightclub.