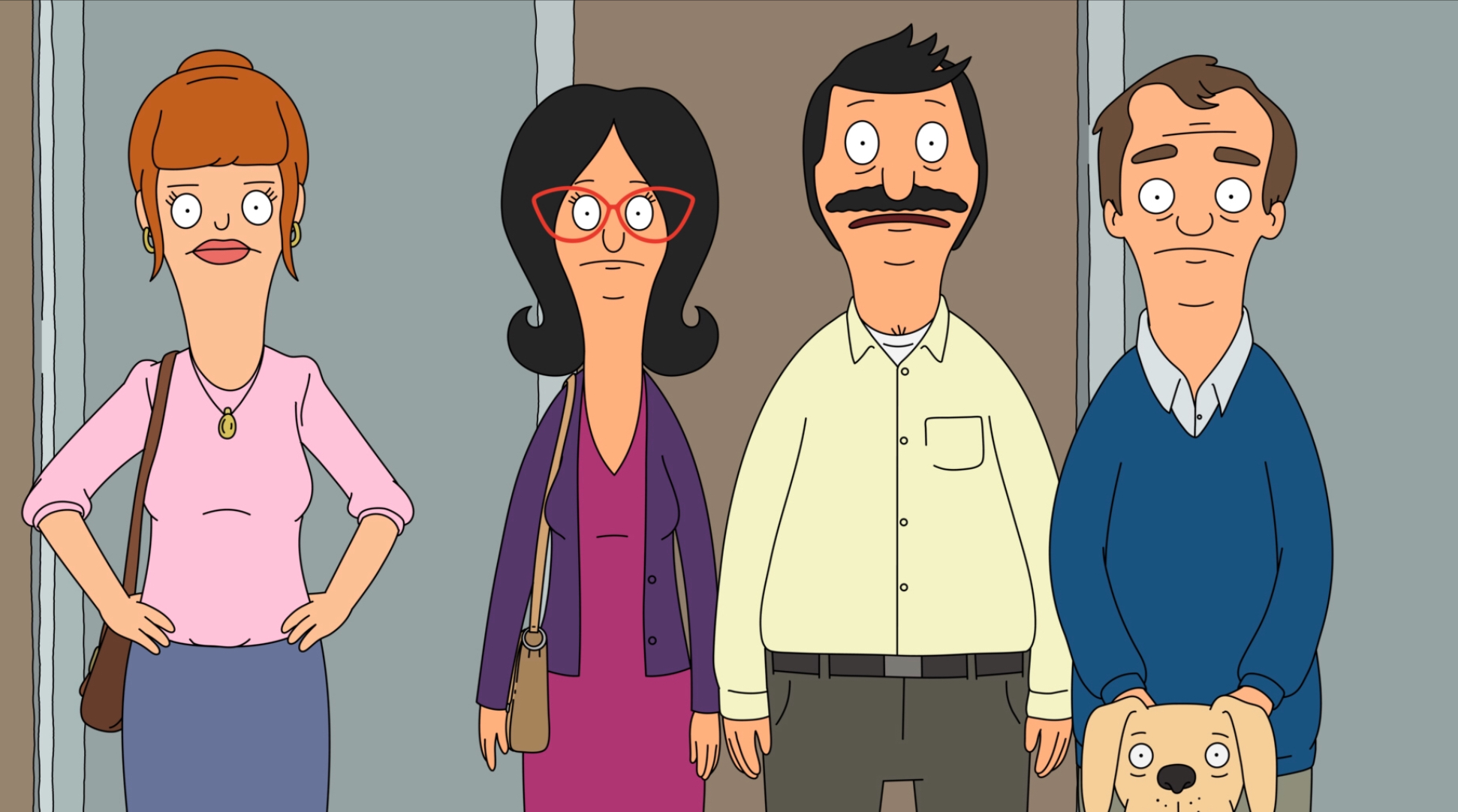 This week’s episode of Bob’s Burgers season 8 was a little unsatisfying. It centered on a couple of plot turns that didn’t quite work.

In the main plot, Bob Belcher and Linda Belcher went on a double date with another couple. The insufferable couple dragged Bob and Linda to an escape room. The first half of this plot didn’t work because of Bob and Linda’s passivity. Uncomfortable things were happening to them, but it didn’t feel like a story because the Belchers were so inactive in it. There was no reason for them to do an escape room just because the other couple suggested it.

The setpiece in which Linda accidentally sends the couple a text complaining about them, right before they get locked in the escape room, was a great moment. That made it clear why the writers wanted to do this plot. But, it was a long build up.

Meanwhile, Louise Belcher and Gene Belcher decided to invite friends over to watch a scary movie. The fact that it was a zombie movie that takes place in a Jewish deli was a fun touch. Just like Bob and Linda, Tina Belcher was too passive in this storyline. She supposedly takes her role as babysitter seriously, but was way too quick to not only allow friends over, but allow a screening of a forbidden scary movie.

In the end, all the kids were too terrified to leave. Tina Belcher decided they needed to see something that would make them forget what they’d seen. So, she showed an embarrassing tape of herself as a child.

I can see why this seemed like a satisfying plot point in outline form. But, the episode didn’t really sell the idea that this particular home movie would alleviate the other kids jitters.