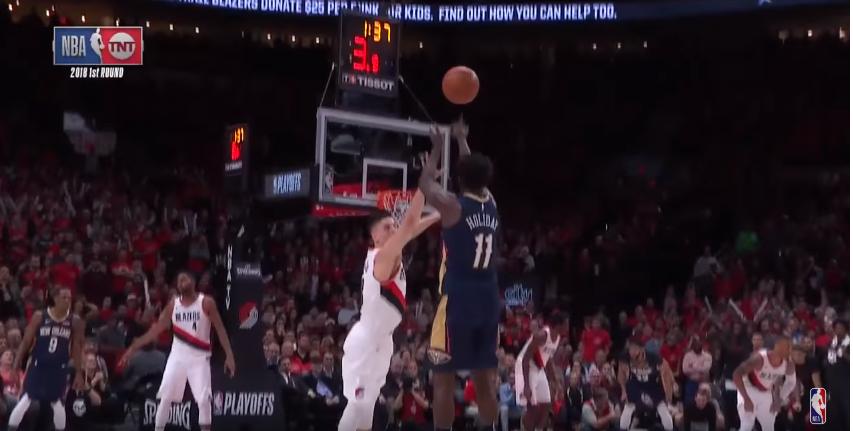 Last night it was Jrue Holiday and not Anthony Davis who led the way for the New Orleans Pelicans. Holiday
notched a career playoff-high 33 points, giving the Pelicans a 2-0 lead in their playoff series against the Portland Trail Blazers with a 111-102 victory.

“Playoff” Rajon Rondo showed up, messed around, and almost had his 11th postseason triple-double with 16 points, 10 rebounds and nine assists. Anthony Davis had a less than average night for level he has been playing at, but still added 22 points and 13 rebounds.

The backcourt for the Blazers has struggled in this series, especially, C.J. McCollum. However, Damian Lillard bounced back from his poor Game 1 performance with 22 points and six assists.

The series shifts to New Orleans on Thursday for Game 3.