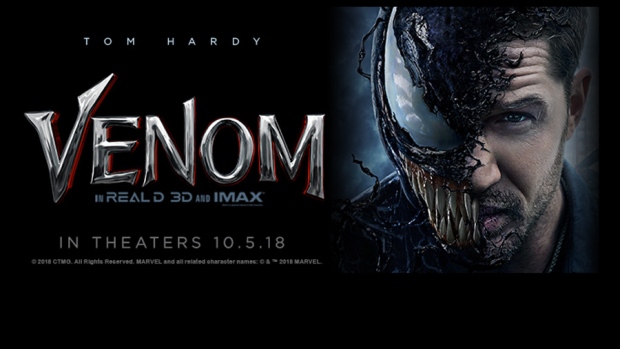 Anticipation builds with each new trailer for the Spider-Man spin-off film based on the the much beloved anti-hero, Venom. While Venom was depicted in another film that we will not mention because it was dreadfully awful and we want to forget it ever existed, fans are hopeful this new depiction will serve the character its long overdue justice.

“Venom is an upcoming superhero movie spin-off from the Spider-Man film franchise based on the Marvel Comics character. The film is being produced by Columbia Pictures and distributed by Sony Pictures Releasing. It is intended to be the first film in Sony’s Marvel Universe, adjunct to but separate from the Marvel Cinematic Universe (MCU).[a] The film is directed by Ruben Fleischer from a screenplay by Scott Rosenberg, Jeff Pinkner, Kelly Marcel and Will Beall, and stars Tom Hardy as Eddie Brock/Venom, alongside Michelle Williams, Riz Ahmed, Scott Haze, and Reid Scott.”