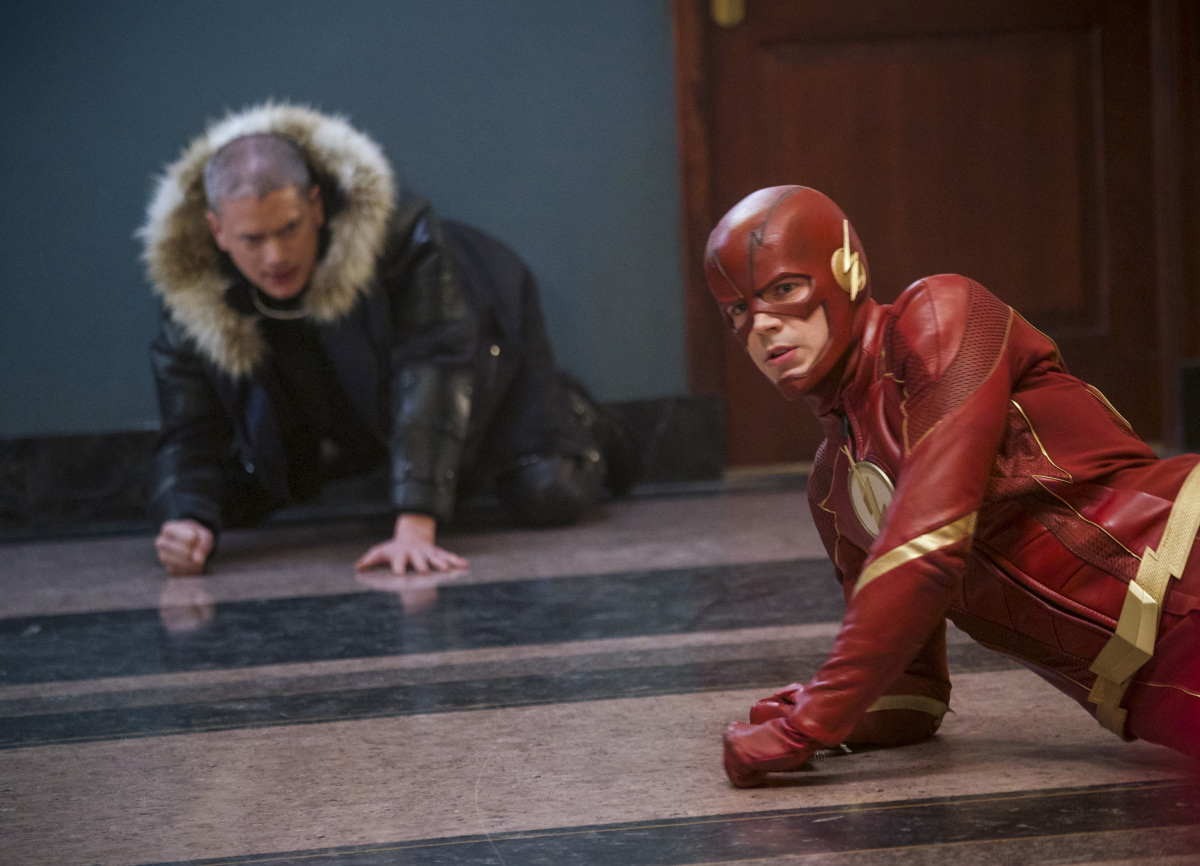 The Flash season 4 is nearing its end. That means right on schedule it’s time for an episode that’s mostly about Barry Allen’s feelings. Episodes where everyone else is able to cope while making sure that Barry is okay are always painful to watch. This episode doesn’t offer a reason that Iris West or Cisco Ramon is able to grieve Ralph Dibny’s death last week better than Barry other than that Barry is the protagonist of the show.

The Flash season 4 has been more interesting than most seasons. But, lately it’s been relying more and more on the same few tricks. So, it’s unsurprising that they brought in a version of Leonard Snart in an attempt to keep things interesting. In this case it’s Leo Snart from Earth X. This just added another person to be weirdly healthy about their own trauma while comforting and guiding Barry. The return of Earth X also meant an appearance by the Nazi version of Laurel Lance. That is unfortunate.

In the subplot, Cisco suggested to Harry Wells that they make a version of the Thinking Cap for him. Harry went along with it for a while. But, eventually he destroyed the new Thinking Cap and revealed to Cisco that he used dark matter to make his version. It was confusing that Harry went along with the plan for the amount of time that he did, considering their limited time and resources and how Cisco could’ve been doing other things.

Meanwhile, Caitlin Snow was grieving the loss of Killer Frost. Iris helped her realize that Killer Frost is still inside her somewhere, they just need to figure out how to draw her out. While the Killer Frost plotline has always been shaky, it would be nice to see an arc that led to both Caitlin and Killer Frost having some sort of mutual respect and bodily autonomy.