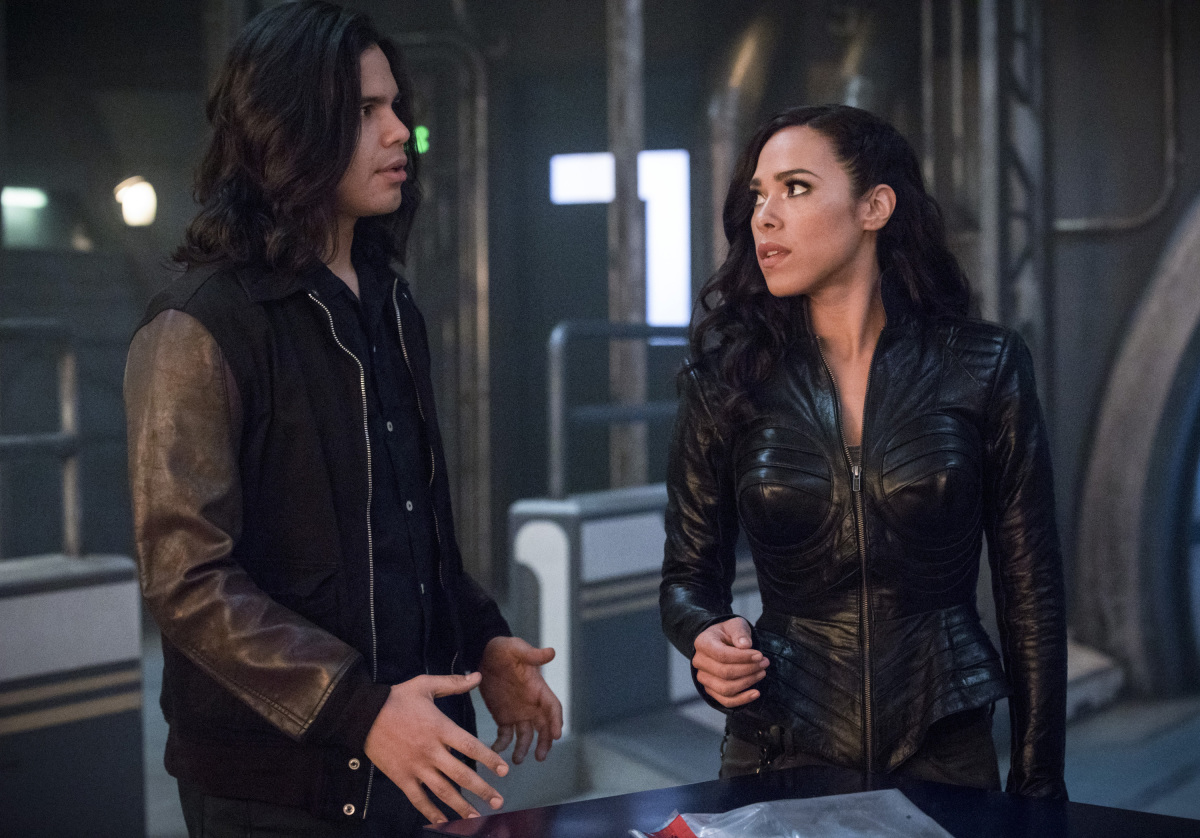 This week The Flash season 4 explored the relationship between Clifford DeVoe and Marlize DeVoe through flashbacks. Unfortunately, the portrayal of their marriage was confusing and upsetting.

When The Flash season 4 began, Clifford’s relationship to Marlize was a big part of what separated him from previous villains. The fact that their relationship seemed equal was a lot of fun. The early episodes portrayed them as the super villain power couple of my dreams. I wanted a live action answer to The Monarch and Dr. Mrs. The Monarch.

But, as the season went on their relationship became more and more toxic. The way the narrative sloppily turned Marlize into a pawn felt incredibly tired. This week’s episode made things worse by revealing that their relationship has always been based in condescension.

A flashback revealed that the first time they met Clifford interrupted Marlize’s lecture to tell her that she needed a history lesson. My jaw dropped when Marlize told Clifford that being challenged was “refreshing.” What planet are The Flash writers living on? It’s frustrating how they will have an episode where characters say “hashtag feminism” on screen than present a man correcting a woman in an academic setting as some sort of bold action. Over and over again The Flash presents the most shallow version of female empowerment imaginable and Marlize DeVoe is a great example of that.

Yes, at the end of this episode she got her big defiant scene of leaving him, but not until after a long narrative showing him consistently wearing her down. I’m all for Joker/Harley type dynamics that show long term abuse, but The Flash wants to have it both ways. They want this relationship and Marlize’s character to be something more than what they are. There is no complexity or emotional resonance to the story they took the time to tell through these flashbacks.

But, I should probably also talk about Team Flash in this review. Barry Allen needed Cisco Ramon to use his vibe powers to figure out what DeVoe is planning. In order to have enough power, they recruited Cynthia Reynolds. This meant Cisco had to finally face his relationship issues with Cynthia and admit to her that their long distance relationship isn’t enough for him. The writers definitely underdeveloped the relationship between Cisco and Cynthia, but I will still always feel sad when Cisco feels sad.

Meanwhile, Harry Wells continued to struggle with what’s happening to his mind. The stakes of this plot are confusing. Sometimes it seems like he’s suffering Alzheimer’s-like symptoms, which I find sympathetic. Other times it seems like he’s simply going to stop being a genius, which is not a very compelling problem. The consistent emphasis this show puts on “intelligence” is often elitist to the point of being creepy.

But, despite my confusion about the overall plot, the Harry scenes in this episode shined thanks to his team up with Cecile Horton. Their friendship has been the best surprise of The Flash season 4. They realized that by using Cecile’s mindreading powers they could access Harry’s thoughts before they disappear. This is definitely some iffy TV science, but the payoff worked well.