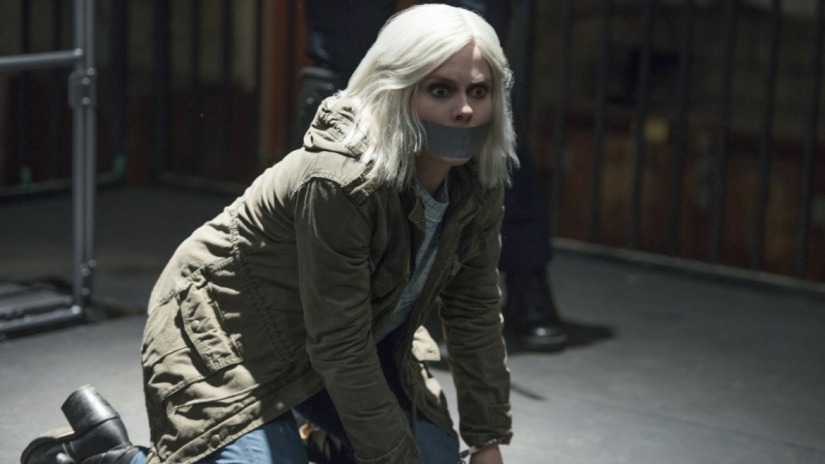 The iZombie season 4 finale wrapped up the threads of a confused season about as well as you would expect. It felt mechanical. But, that may be more because of lack of nuance in the previous episodes than because of the finale itself.

Liv Moore and her boyfriend Levon Patch said “I love you” to each other. If they’d both lived through the experience, it would’ve been awkward for them to pretend their relationship ever had that kind of weight. But, of course Levon died right on cue.

The problem isn’t that the events of the climactic sequence were predictable. It’s possible to pull off a predictable episode of television. But, the episode didn’t sell me on the characters’ journeys. So, I wasn’t emotionally invested in any of this. Of course Major Lillywhite broke down the warehouse door just in time to save Liv but not in time to save Levon. I felt keenly aware that it played out this way simply because Liv is the main character.

After Major interrupted the execution, Liv grabbed Chase Graves and murdered him. This was the most interesting moment of the episode. There was a raw power and catharsis to Liv murdering Chase after everything he’d done to her.

The finale neatly set up a new status quo. Major is in charge of Fillmore Graves and Blaine DeBeers is working for him in order to get brains into the city. Liv is a human smuggler, but no longer opposed by Fillmore Graves.

And Dale Bozzio is human, thanks to Isobel’s brain. Liv and Ravi Chakrabarti offering up the brain so that Dale and Clive Babineaux could have the marriage they always wanted was nice enough. But, with all the suffering in New Seattle, I wish the show wrestled more with the main characters feeling like it’s up to them to make these sorts of decisions. This season was all about them going on journeys about what they think is important for the greater good, but at the end of the day they readily gave an invaluable cure to someone based on who happens to be in their friend group. Maybe that’s the sort of thing the show will wrestle with next season.