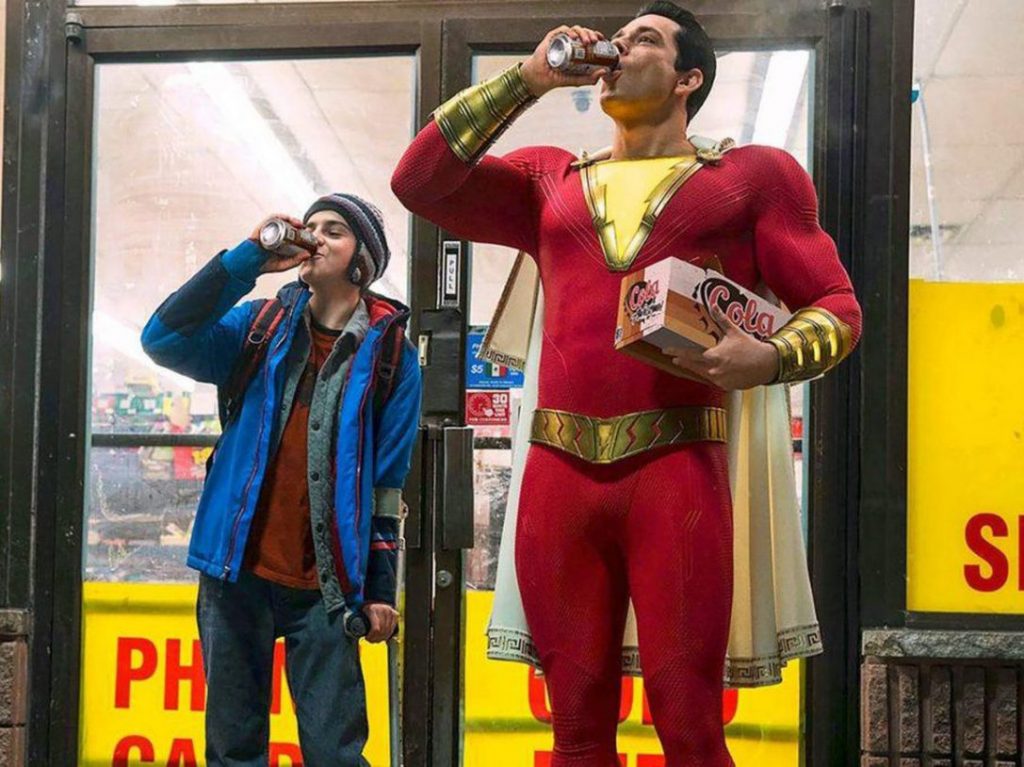 At one point in your life as a kid, you probably used a towel as a cape and saved living room city from total annihilation more times than you could count. In David F. Sandberg’s Shazam!, an orphan named Billy Batson is granted the power to turn into a full-fledged adult superhero, putting that universal dream on the silver screen. The DC movie stars Zachary Levi and Asher Angel in the lead role, as well as Jack Dylan Grazer, Mark Strong, Djimon Hounsou, Faithe Herman, Grace Fulton, Marta Milans, and Cooper Andrews.

With clear influences from Big, this DC film proves that Wonder Woman was no fluke. Screenwriters Henry Gayden and Darren Lemke balance two origin stories and develop strong, relatable characters in an uplifting, hilarious superhero film about finding your family. Sometimes it feels like a ‘90s sitcom, but that’s a minor setback.The film is mostly comedic, but when it focuses on the foster children and their struggles, there’s an emotional layer to the movie that really pulls you in and inspires you to be better.

The action scenes are fun to watch, especially because Shazam is unlike any other superhero we’ve seen onscreen before. He’s a 14-year old kid in a man’s body with an all-star arsenal of powers he doesn’t know how to use, making for comedy gold. There aren’t any epic fight scenes since a rookie’s behind the wheel, but that’s what makes it unique. And, thanks to Sandberg’s experience with horror films, there are some jump scares and creepy creatures thrown in the mix to make this a funhouse experience. 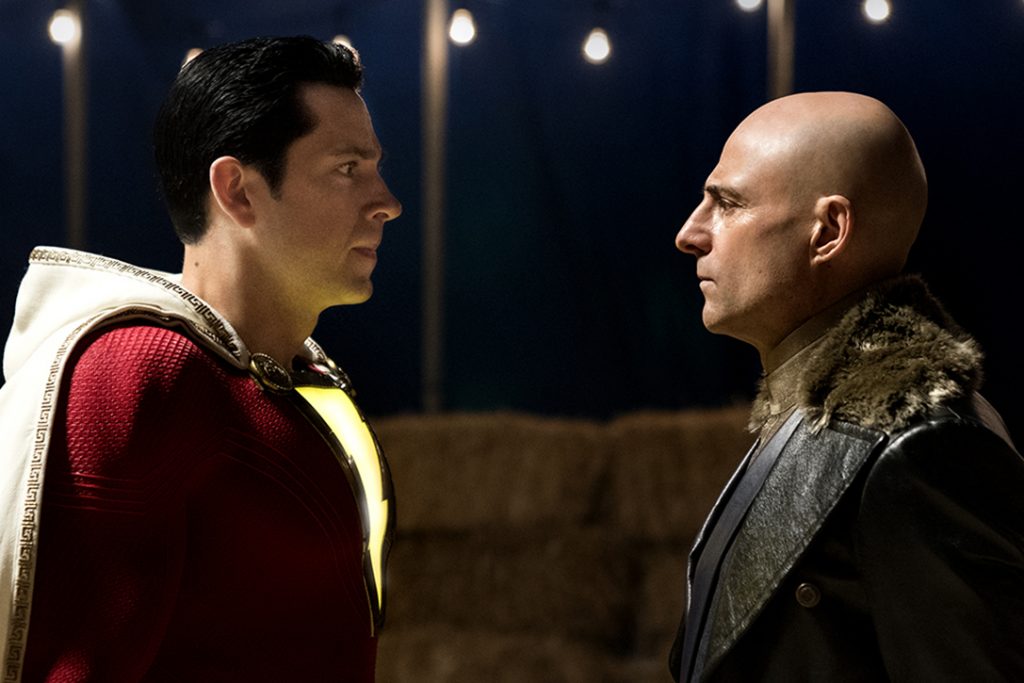 Asher Angel, who plays the teenage Billy Batson, and Zachary Levi, in the role of Shazam, work perfectly together. Levi really captures the excitement and idiotic innocence of a young teen boy. When the magic word “Shazam!” is screamed, the transition from regular dude to superhero stud is seamless because Angel and Levi share the main character so well. If the whole movie was just Billy testing out powers as Shazam, it would still be entertaining.

The entire cast, especially the young actors, do an amazing job. Mark Strong, playing Dr. Thaddeus Sivana, plays the villain with an expert glare. Thaddeus is well-developed initially, but the character ends up mediocre by the third act and ends up being wasted potential. Arguably the best supporting actor in the movie is Jack Dylan Grazer, playing the fast-quipping Freddy. Freddy draws most of the laughs with his overwhelming thoughts and unfiltered comments. Grazer, who played Eddie in Stephen King’s It a couple of years ago, is a scene-stealer.

Shazam! is undoubtedly one of the best DC movies ever developed. In comparison to Marvel, which is inevitable, the film has a Guardians of the Galaxy and PG-13 Deadpool vibe. Shazam! is wish fulfillment realized in not just discovering superpowers, but also finding people you can call family. The film is a sincere blockbuster that will help you tap into the kid you used to be (or still are!).