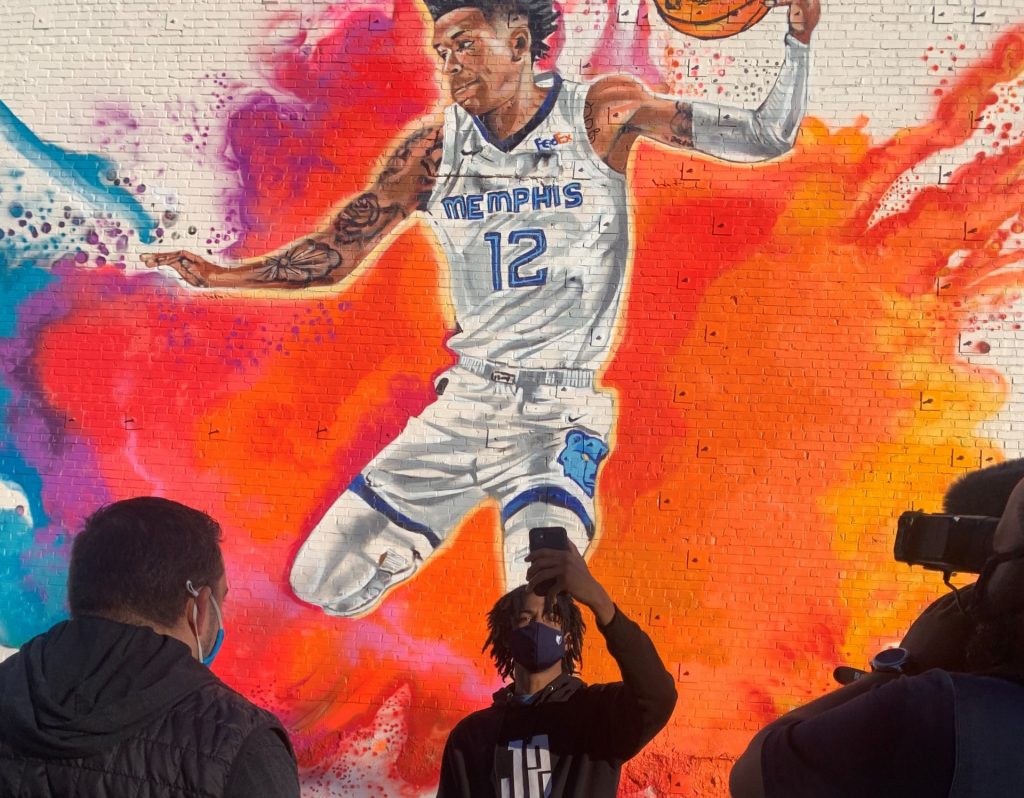 Brought to you by our friends at Panini.

Make sure to out exclusive interviews with Panini’s Vice President of Marketing, Jason Howarth, and mural artist, Jamond Bullock.

Panini America, the global leader in officially licensed sports and entertainment collectibles and the exclusive trading card manufacturer of the NBA, NBPA and the Naismith Memorial Basketball Hall of Fame, announced today that it has reached an exclusive multiyear extension with Memphis Grizzlies star Ja Morant for autograph trading cards and memorabilia. The new agreement, an extension of the pact Panini had with Morant during his Rookie of the Year campaign of 2019-20, means Morant’s highly desirable autographed trading cards and memorabilia will remain exclusively available through Panini America and Panini Authentic.

To help celebrate the new agreement, Panini America officials commissioned Memphis mural artist, Jamond Bullock to create the  larger-than-life Morant mural that now adorns the side of the Downtown Memphis Slim & Husky’s pizza restaurant just one mile from the Fed-Ex Forum, home to the Memphis Grizzlies. The artwork, inspired by Panini America’s popular “Color Blast” line  of trading cards found in 2019-20 Spectra Basketball, is a spectacle to behold and is sure to become a social destination for fans coming to watch Morant play for years to come and a welcome addition to the Memphis mural art scene.

Morant has been a driving force behind the unparalleled boom in the trading card industry, which is currently experiencing unprecedented growth as well as massive mainstream acceptance. Morant spearheaded a 2019 NBA Draft Class that has been one of the most successful of all time according to most trading card industry metrics.

“During a spectacular rookie season, Ja quickly established himself as a bona fide star and captured the imagination of NBA fans and collectors across the globe,” said Panini America CEO Mark Warsop. “We were honored to partner with him last year but we’re even more excited about what lies ahead – not just for Ja on the court but also for our relationship.  Ja represents an exciting and bright future for the NBA”