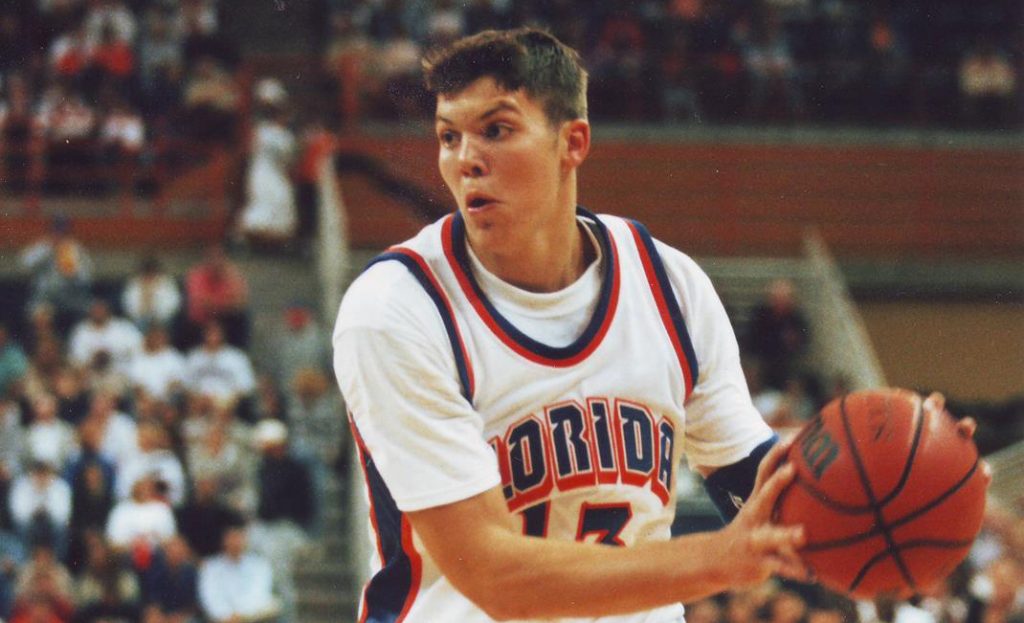 The NBA is the cream of the crop in the basketball world. The East Conference and the West Conference is watched avidly by million of fans around the world. The East Conference is currently undergoing a very tight title race, with The Sixers and The Nets battling it out up the top. Those who participate in basketball betting don’t quite know who will come out on top, as competition is fierce. This high level of competition is funded by a constant stream of players that are picked from college basketball teams, such as The Florida Gators.

The Florida Gators is the name given to the college basketball team representing the University of Florida. The first official varsity basketball team was established at the college in 1915, under the leadership of Coach C.J. McCoy. While the team enjoyed a great start, they were then resigned to not playing for several years due to the First World War, along with most other sports teams. The basketball program at the University of Florida restarted in 1919 and experienced mixed fortunes over the years. However, in the past half a century or more, the Florida Gators have made a name for themselves as a team to watch and have turned out some of the most exciting young players to enter the NBA.

Neal Walk
Neal Walk is best remembered for his time with the Phoenix Suns, where he played from 1969 to 1974. During his penultimate season with the Suns, Walk averaged a career best per game of 20.2 points and 12.4 rebounds. He was then traded to the team then known as New Orleans Jazz (later to become Utah Jazz) and then for two seasons to the New York Knicks. Following this stint, Walk travelled to Italy and later Israel to continue his basketball career. From 1966 to 1969, Neal Walk played for the Florida Gators college team on an athletic scholarship, leading the team to play in their first ever post-season tournament. Walk still today holds the record for average points per game for the Gators with 20.8 and career rebounds with 1,181.

Matt Bonner
Matt Bonner played a pivotal role in taking the Gators from relative obscurity into the media spotlight around the turn of the last millennium. Bonner played for the University of Florida during his time there between 1999 and 2003. The center-forward formed part of one of the most formidable teams in Gator history, personally scoring 1,570 points during his time on the team. As a senior, Bonner was given an all-American AP honorable mention in 2003 and went on to be picked by the Chicago Bulls in the 2003 NBA draft, before signing with the Toronto Raptors. Bonner spent a year of his career in Italy, although the standard isn’t quite as high as it is in the US, the league attracts plenty attention and has proved very interesting to watch this season. Milano is so far the clear favourite to come out on top of the Lega Basket Serie A, with 16 games played and only one loss, the team is going strength to strength, in the midst of what has been a very challenging year for sports teams across the world.

David Lee
David Lee attended high school in St. Louis, Missouri, before accepting and athletic scholarship that would take him to the University of Florida. He played for the Gators under Billy Donovan before being drafted by the New York Knicks in 2005. The following year, Lee was moved into a starting position and the team won all the games he played. Lee moved to the Golden State Warriors in 2010 and was the first All-Star player to enter the team since 1997. As an unrestricted free agent, Lee has played for some of the most successful teams in the NBA, including the Boston Celtics.

Billy Donovan
Billy Donovan made history with the Gators not as a player but as one of the most successful coaches of all time. Under the leadership of Donovan, which spanned the years from 1996 to 2015, the team reached four SEC championships, four Final Fours and two national championships. Donovan is also credited with turning out some of the brightest young stars to grace the NBA draft during his time as coach of the Gators. In 2015, he left his position to take up the role of coach for Oklahoma City Thunder, a position he has recently given up after being signed as head coach for the Chicago Bulls.

Mike Miller
Mike Miller currently works as the head coach for the boys’ basketball team at Houston High School. He was recruited for this role following a long and successful career in the NBA, which included stints with Orlando Magic, the Memphis Grizzlies, Miami Heat, the Washington Wizards and the Cleveland Cavaliers. Miller’s NBA career stats include 4,376 rebounds and 10,973 points and has was named Rookie of the year after his first professional season. He has also won two NBA championships. Miller started his career at the University of Florida, playing college basketball for the Gators.

Kenny Boynton
Kenny Boynton played college basketball for the Florida Gators between 2009 and 2013. Although signed to the LA Lakers after leaving college, Boynton did not make the team, However, he then embarked on a prestigious basketball career outside of the US, which has included stints in top-flight leagues in Israel, Turkey, France and Russia. He currently plays in the Chinese Basketball Association as point guard for the Shenzhen Leopards.

The Florida Gators have enjoyed much success since the mid-1980s. The team have won two NCAA championships, been runner-up once and made to the final four on five occasions. They have made multiple appearances at the top of the conference regular season leader board and won the conference tournament four times. Many of the most famous players in the NBA and in basketball leagues around the world began their careers playing college basketball at the University of Florida and the team continues to produce some of the world’s best players.