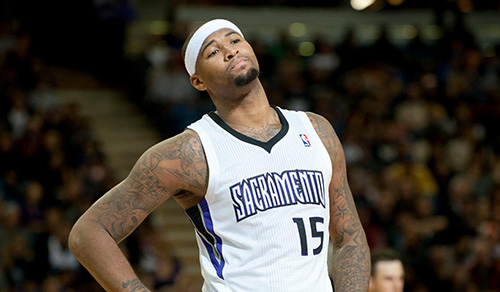 When it comes to the NBA, we are always looking for the next big star. When thinking about this, people tend to point to the 2014 NBA Draft that will include studs such as Andrew Wiggins and Jabari Parker, but I am here to tell you that there will be one player that is going to establish himself among the NBA elite this season. His name is DeMarcus Cousins.

Now, when people think of Cousins, they say he is a “headcase” and a “cancer” to his team, the Sacramento Kings. These criticisms are fair enough when one looks at his track record in his first three years in the NBA. He has been suspended twice for conduct detrimental to the team and has been ejected from multiple games as well. Cousins’ on-court demeanor has been atrocious, as well as his shot selection at times.

All that said, he is by far the most skilled big man to come along in a very long time. There are several reasons why Cousins is poised to break out as the next star big man in the NBA. I am going to focus on five such reasons.

1. Greivis Vasquez
In his three year career, Cousins has mostly had two point guards – Isaiah Thomas and Tyreke Evans. While both of these two are very talented players, neither of their skill sets match with Cousins’. What Cousins needs is a point guard who can get him the ball in places where he can be successful. Enter, Greivis Vasquez. Vasquez is a true pass-first point guard who is one of the best passers in the league, leading the NBA in total assists (704) last season). Vasquez, while not as physically gifted as Tyreke Evans, is more of a match, skill-wise, with Cousins.

2. Field-Goal Percentage
One of the biggest criticisms of Cousins is that he shoots a low field goal percentage. While this is true, we need to look at his career trajectory when it comes to this stat. In his rookie season, he had a 43.0 FG%, in his sophomore season he raised that to 44.8% then last season he shot 46.5 FG%. Mind you, these were all with Tyreke Evans and Isaiah Thomas distributing the ball. Cousins was forced to take shots from outside his comfort zone because his point guards weren’t getting him the ball. With Vasquez as his new point guard, I see no reason why Cousins can’t have a field goal percentage of 50 percent.

Ben McLemore and Patrick Patterson
Another reason Cousins has shot such a low field goal percentage is that he is consistently getting collapsed upon by opposing teams because the Kings had no perimeter shooting threats. The addition of sharp-shooting rookie Ben McLemore should be very beneficial when it comes to spreading the floor to get Cousins good looks at the basket. The Kings also acquired Cousins’ old teammate, Patrick Patterson, at the trade deadline last year. Patterson projects to start and get the bulk of the power forward minutes. In addition to being very good friends with Cousins, Patterson can also stretch the floor and force defenders to honor him on the outside allowing Cousins more room to work inside. Patterson and McLemore should be key to getting Cousins better looks at the basket.

Mike Malone
The new Kings head coach, Mike Malone is known for being a bit of a disciplinarian. This is exactly what a player like Cousins needs to keep his head on straight. Keith Smart tried to be Cousins friend and not his coach. Not to mention that Smart felt the only way he was possibly going to keep his job was to play Cousins. He would not bench him no matter what Cousins did. Mike Malone will not be afraid to sit Cousins on the bench when he gets out of hand. This leads me into my fifth reason…

New Management
Cousins was brought into probably the worst situation he possibly could have. The Maloofs were attempting to move the Kings to Anaheim and they were as cheap as they could be in every way possible. They hired Keith Smart as head coach because he was cheap and filled the team with the cheapest possible roster. At one point they claimed Travis Outlaw off of waivers in order to meet the league salary minimum. My point is, the situation was toxic. Now, Vivek Ranadive owns the team and he is committed to building the Kings into the contenders they were in the early 2000s. He will also back Mike Malone in any punishments that he deems fit. This is something the Maloofs didn’t do. The Maloofs forced Keith Smart to bring Cousins back from suspension in order to sell tickets. The new management overall is head and shoulders above the old regime. Cousins should benefit greatly from this.

With all of these factors going into the season, it’s hard to see how Cousins couldn’t make the step into stardom. In fact, I think Cousins will establish himself as a top two center in the NBA and will make his first NBA All-Star Game appearance. Since the NBA is a league obsessed with stats, my prediction is that Cousins will average 23 points, 11 rebounds and four assists per game. I know these are bold predictions, but I am confident in Cousins’ ability to achieve them.